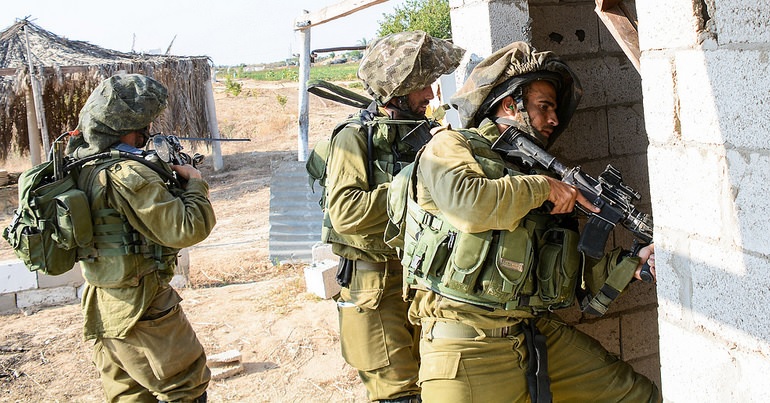 Israel’s army reportedly shot hundreds Palestinians, leaving at least 52 dead, on 14 May. The massacre happened as the US opened its newly relocated embassy in Jerusalem, against the will of most of the international community.

In the midst of the criminal bloodbath, however, the Israel Defense Forces (IDF) sent out a tweet. It contained a video portraying the Palestinians as the aggressors in the current violence.

But the IDF’s message didn’t resonate with people in the way it probably hoped.

Israel injured almost 6,800 Palestinians during protests between 30 March and 30 April. According to the UN, it also killed 40 people [paywall] during the same period.

The violence escalated on 14 May as Israeli and US officials celebrated the embassy opening. And as it happened, the IDF posted the following tweet:

How would you feel if that one mile was from YOUR home? pic.twitter.com/7qd6Qu55zl

In the tweet, the IDF asked people “How would you feel if that one mile was from YOUR home?”. It further explained in the video that “there is less than one mile between Gaza and Israeli communities”.

But if the IDF wanted the tweet to elicit sympathy for Israel, it will be sorely disappointed. Because many observers did answer the IDF’s question. Just not in the way it likely wanted:

I'd feel deeply ashamed that I had a government that has illegally and brutally occupied people's land for decades, was using terrorism to keep 1.8 million people encaged in an open-air prison, and routinely slaughters unarmed protesters & children https://t.co/LfcUQaQUq4 https://t.co/jwDFnQefOW

I am Jewish. I think the persecution of Palestinians is inexcusable. Shame on the Israeli's for perpetuating what was done to them in WW2. Intolerance, is intolerance.

Some suggested the IDF might be overexaggerating the ‘threat’ posed by the unarmed Palestinian protesters in the video:

oh wow some unarmed protesters are u guys gonna be ok

And others gave the IDF some advice on how to resolve its current predicament:

Maybe i wouldn’t illegally build thousands of apartments in seized land one mile from the people you stole it from.

Meanwhile, some tried to impress on the IDF the perspective Palestinians might have from the other side of the fence:

Yes I imagine the whole world would feel the same. As the Palestinians. If their homes were one mile from the fence and the prison guards.

So the IDF’s plea to the world backfired. Few people were fooled by its grotesque propaganda. In fact, the IDF just provided an opportunity for people to point to all of the actions that show the Israeli government is the actual threat.

Israel has occupied Palestine for over 50 years. It’s stolen masses of Palestinian land. As Glenn Greenwald says, it’s turned Gaza into an open-air prison. It’s persecuted Palestinians; it’s imprisoned them. And now, when they protest, it’s shooting them in cold blood.

No wonder people are choosing to stand with the Palestinians.