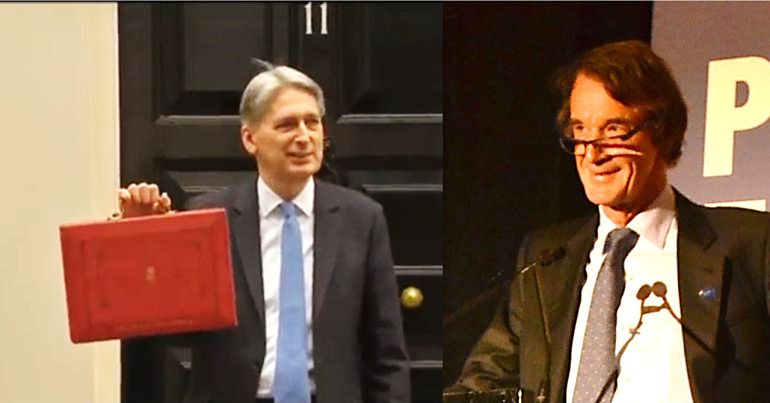 The Sunday Times rich list was released on 13 May, to a flurry of media attention. From Peston to The Andrew Marr Show, it has been near the top of the agenda, as journalists focus on the supposed shift from ‘old money’ to ‘new’. But not everybody in the media spotlight has been playing ball.

It’s just quite strange because you know, most people on the rich list have enlarged their fortunes over the last year, and meanwhile wages in this country are stagnating. Most people who are poor in this country are in work, a third of young people can’t get a house. And so it suggests to me that while these people are incredibly, incredibly wealthy, actually the economy is broken and it does need to be redesigned.

He did cut 800 jobs and cancel union agreements and initiate a three-year pay freeze on his employees. He is somebody who has become rich off the back of his employees by deteriorating their conditions, lowering their wages. He has got rich at the expense of his employees not to their benefit and I think that’s really important to make that clear.

The Conservatives and the super-rich

According to The Sunday Times, just one [paywall] of the biggest 50 political donations in 2017 went to the Labour Party. Over 95% of the combined £16.1m was given to the Conservatives.

Labour has claimed the list exposed a ‘rigged system’ which the Conservatives are protecting. Jon Trickett, Labour’s cabinet office spokesman, signalled “change is coming”. In a speech at the Institute for Public Policy Research on 13 May, Trickett was due to say:

People have had enough of years of the elite pinching wealth from the pockets of ordinary working people. Labour will overturn the rigged economy that the Tories are obsessed with protecting.

Trickett added that the idea communities have simply ‘fallen behind’ is wrong:

In fact they have been held back. Held back by a deliberately rigged economic and political system which denies too many a voice in their own future.

There are now a record [paywall] 145 billionaires based in the UK.

Ratcliffe took the top spot with a staggering personal wealth of £21bn. To put that into context, someone earning the average (median) UK salary of around £28,500 would have to work 736,842 years without paying tax, or making a single expenditure, to accumulate that amount.

Despite this wealth, Ratcliffe’s Ineos has been embroiled in several disputes with its workforce. At the company’s Grangemouth plant in central Scotland, workers were forced to accept a three-year pay freeze after being locked out of the factory. The workers were also banned from striking for three years.

It was revealed last year that Ratcliffe had personally lobbied then chancellor George Osborne to break the power of the unions, and to back fracking in the UK.

The fracking giant is leading drilling attempts in Yorkshire. The firm is also contesting a ban on hydraulic fracturing imposed by the Scottish government. The moratorium was put into place after the proposal received overwhelming public support in the consultation process.

The fawning media coverage of “self-made” billionaires shows much of what is wrong with modern-day Britain. Why did the UK’s wealthiest man feel the need to lobby the chancellor to try and break unions and decrease pensions? Was his wealth not built because of his workers, rather than despite them?

Tens of thousands of people marched in London 12 May. They called for an end to the squeeze on wages and a new deal for workers. It is obscene that the wealthiest should be getting vastly richer at a time of such hardship for so many. It is up to all of us to make change happen.