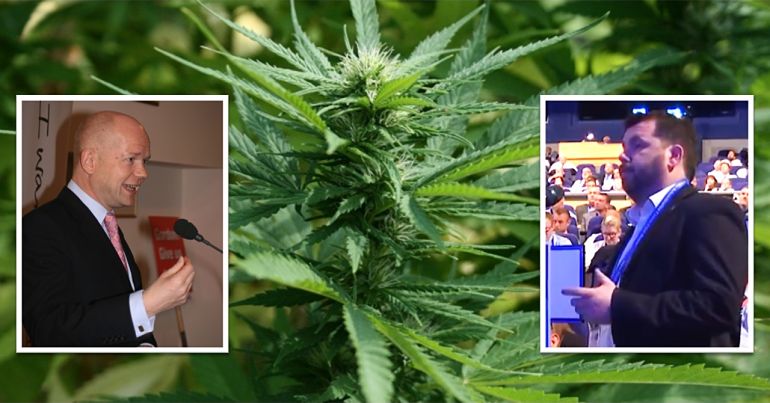 Canada is now the second country where cannabis is legal for recreational use, after Uruguay. Back in the UK, home secretary Sajid Javid announced that cannabis for medicinal use will be reviewed. And if “significant benefits” are found, it could be legalised for those purposes. Now Simon Kempton, the head of drugs policy for the Police Federation of England and Wales, is saying UK drug laws need to change.

The proliferation of drugs in this country is unchecked and the current situation is fuelling an illicit trade in not only drugs but weapons and the violence that comes with it.

There is mounting empirical evidence of alternative approaches to the drugs problem around the world for us to explore which are more effective and bring far more benefits to society financially and with fewer people finding themselves in either medical or criminal justice systems.

Although the police service will continue to uphold the laws passed by Parliament – a public debate is needed on the future of drugs legislation, incorporating health, education and enforcement programmes.

In Portugal, which has decriminalised all drugs, drug use is treated as a health issue, not a crime. But Kempton doesn’t support this kind of legislation or the kind Canada has just brought in. He said:

Let me be clear – we are not supporting the legalisation of drugs or the de-criminalising of drugs we are simply saying that, 100 years after the introduction of prohibition in the UK, it is time to reflect on whether this is the most effective way of curtailing illicit drug use and the social problems that come with it.

Former Conservative leader William Hague, who has also criticised the UK’s approach to drugs, arrives at a different conclusion. He says cannabis should be legal for recreational use. The Home Office, however, has rejected his proposal.