While the world watches Trump, the UK harbours its own shameful secret about detaining children - Canary 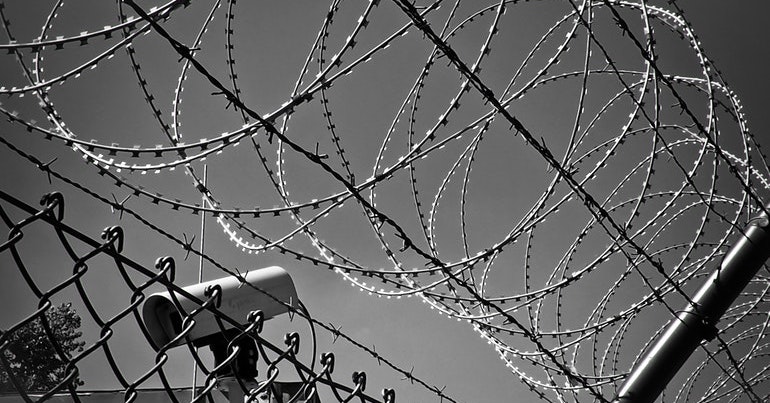 20 June is World Refugee Day. There has been global outrage about the Trump administration’s horrific treatment of child immigrants in the US. But the UK harbours shameful secrets in its treatment of children seeking refuge and asylum too.

The most recent government migration statistics [pdf] cover the period up until May 2018. And yet although the UK government claims it is “committed to supporting and caring for asylum-seeking and refugee children”, its record seems questionable. The UK’s Refugee Council issued 20 facts about refugees and asylum seekers that shakes some of the government’s claims to the core.

Because the Refugee Council found that, despite a government promise in 2010 to end child immigrant detention:

In the twelve months up to March 2018, 58 children were locked up in immigration detention

According to the Refugee Council, 40% of children arriving on their own were granted asylum up to March 2018. But:

many separated children are granted short term leave to remain which expires after 2.5 years; leaving them anxious about their futures.

As UNICEF explained [pdf, p3], these are children:

whose homes have been destroyed, who are threatened with violence, who are at risk of being forcibly recruited to fight in wars, who have lost contact with their parents, and children who have seen their previous way of life swept away are facing almost insurmountable barriers to reunite with family members waiting for them across the world – including here in the UK.

There is a refugee crisis in Europe. As UNICEF stated:

There are more child refugees in Europe than at any point since the end of the second world war. As children flee from war and disaster, borders across Europe are closing and making their journeys even more dangerous and difficult.

According to the Home Office, the UK has:

But these figures are at odds with the sheer number of children seeking safety in the midst of this crisis. And according to information supplied by the Refugee Council, they also hide a disturbing truth about how those children are treated in the UK.

In May 2018, Amnesty International called on the home secretary to end restrictive rules for child refugees because:

the fact remains that many refugees are not able to pass the current restrictive rules and complicated process which is difficult to navigate without legal support. Child refugees have no right to reunite with their loved ones. Neither do siblings. Others will struggle to gather the necessary paperwork or will not be able to afford legal help

But the issues also run far deeper too. According to a UNICEF report [pdf, p3]:

By the government’s own admission, it will help 480 children under the Dubs Amendment (section 67 of the Immigration Act 2016). According to charity Help Refugees, there are “currently 95,000 unaccompanied refugee children living in Europe”.

The UK is also the only country that holds those seeking refuge in the UK indefinitely:

On #WorldRefugeeDay, let's remember that Britain is the only country in Europe to use indefinite detention.

If you're shocked by what's happening at the US border, just remember that the UK is the only country in Europe where immigrants can be held in detention centres indefinitely.

This #WorldRefugeeDay, let's stand up against inhumane immigration policy both at home and abroad.

The UK is working around the world to support those who have been forced from their homes.

Retweet if you stand #WithRefugees pic.twitter.com/HdzJOI7rKR

But its claim stands at odds with the evidence. The treatment of children in the US is utterly abhorrent. But if we look closer to home, our own government also has shameful secrets. And it must be held to account for its disgusting treatment of some of the most vulnerable children in the world.