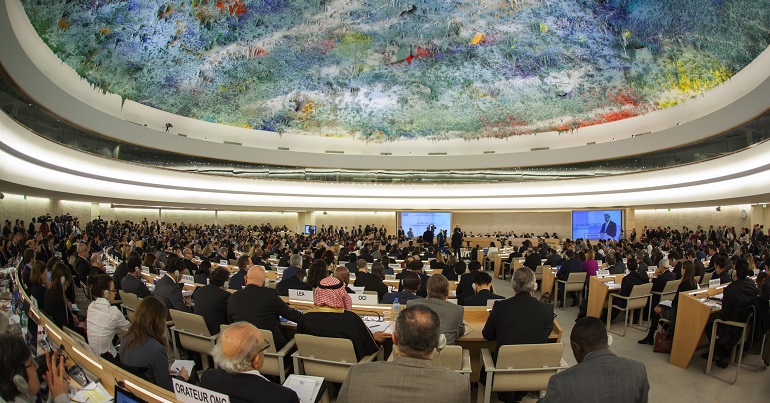 On 19 June, the US announced it was pulling out of the UN Human Rights Council (UNHRC) – just as President Donald Trump was facing significant criticism for his government’s treatment of immigrant children. The decision, and its timing, sparked a big reaction on Twitter.

Political scientist and New York University (NYU) professor Ian Bremmer, for example, made a pertinent point. He highlighted that the US now joins just three other countries that, according to the New York Times, “refuse to participate in the council’s meetings and deliberations”:

Countries now not members of the UN Human Rights Council:

Trump administration officials derided the UNHRC as “not worthy of its name”. And it took particular issue with the UNHRC’s consistent criticism of Israeli human rights abuses. Israel has reportedly been “lobbying hard” for the US to leave the UNHRC since Trump took power.

But many people on Twitter highlighted the curious timing of the decision, given recent condemnation of America’s own actions:

As the US locks up 2,000+ children in cages after separating them from their parents (who the President says are ‘infesting’ his country), the US walks from the Human Rights Council. It may not be a perfect body but, oh, the timing! https://t.co/a29aywOfkw

the optics and the timing are … unfortunate? …. given the children in cages controversy. https://t.co/aFWLyi0IFy

Indeed, the US had little to say previously about its repressive allies in Saudi Arabia, the United Arab Emirates, Qatar, Afghanistan, Pakistan, Egypt, the Philippines, Rwanda, and elsewhere being members of the UNHRC.

Organisations and figures from around the world criticised the Trump administration’s decision. The UN Human Rights Council itself, for example, tweeted:

"Disappointing, if not really surprising, news. Given the state of #HumanRights in today's world, the US should be stepping up, not stepping back" — UN Human Rights Chief #Zeid following USA decision to withdraw from U.N. Human Rights Council.#StandUp4HumanRights

And former Mexican president Vicente Fox also pointed out the hypocrisy of the US leaving the UNHRC when the Trump administration itself is facing criticism for its (recently watered down) policy of separating immigrant children from their families:

Really? The U.S. is out of the UN Human Rights Council, in the middle of a humanitarian crisis in the border. From zero to @realDonaldTrump, how much of a blatant scum does someone need to be proud of what's going on?

Now we know where Trump thinks we can stick our pesky human rights… https://t.co/8acvj1cclu

The move on the part of the Trump administration will serve only to further alienate the US from the rest of the international community. It also fits within a wider pattern of the US straining its relationships with its more moderate allies in Canada and Western Europe in favor of its alliance with increasingly extreme-right states such as Israel.

It’s becoming increasingly difficult not to see the US as a rogue state that has fallen outside the norms of other developed countries.