Benefit fraud against HMRC and the Department for Work and Pensions (DWP) is rife, if you believe right-wing newspapers and Channel 5 documentaries. But as the latest statistics show, it’s little more than a load of cobblers.

These were HMRC’s “central” estimates. It produced [pdf, p7] higher and lower ones, to allow for error:

What’s more, HMRC noted [pdf, p22] that the figure has decreased over time: 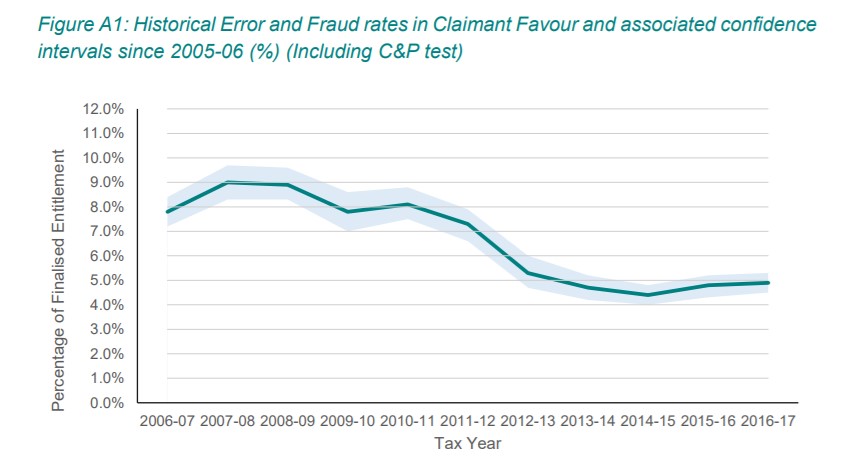 Who are the real scroungers?

But what of DWP benefit fraud? The kind the Daily Express would have you think was rampant?

Meanwhile, HMRC estimated the amount of tax avoided, evaded, or unpaid by people and companies in 2015/16 was £34bn – more than the whole tax credits bill.

So – who are the real benefit scroungers? Possibly not the people the right-wing media would have you believe.