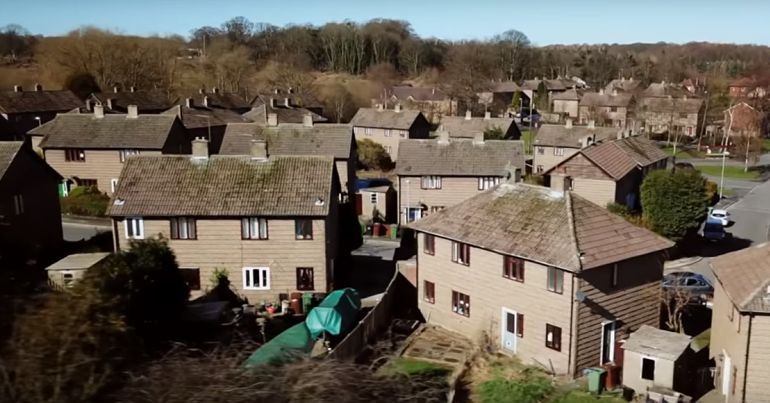 Residents of a housing estate in Oulton, Leeds are facing up to the prospect of a mass eviction. Their landlord, investment company Pemberstone, plans to bulldoze the estate and build new homes to sell the properties for profit.

It lays bare the perils and insecurity of renting privately.

The National Coal Board bought the estate in the 1950s. Homes were designated to miners working in nearby pits. But the estate was transferred to private ownership in the 1980s in murky circumstances. One resident stated:

Before we knew anything else, private owners had taken over.

There’s a strong community feel on the estate. The SaveOurHomesLS26 website describes how:

Several miners and their families remain in Wordsworth Drive and Sugar Hill Close. And among the other households who have moved in since the NCB sold it in the 1980s, that community connectedness remains. Neighbours socialise with each other, assist with odd-jobs around the house, looks after pets on holidays and offer help when illness strikes.

Pemberstone is now the sole owner of all 70 homes on the estate.The company has submitted a planning application to demolish all the homes, with plans to build new ones and sell them at significant profit.

While Leeds council hasn’t accepted Pemberstone’s application yet, the residents are convinced the plans will go ahead. They live in fear that a two-month eviction notice will drop through their door any day.

Two sides to the story

Pemberstone claims it has to demolish the homes because they do not meet certain required standards. But the residents argue that similar homes around the country have been brought up to standard for less than £10,000 per house.

Pemberstone issued the following statement to The Canary:

In relation to the residents if permission is granted, it is likely that re-development would be carried out in phases over an extended number of years. The phases would be inﬂuenced by the natural turnover of tenants and the vacancies this creates. Currently 61 of the 70 houses are occupied. Each year about 14 tenants leave the estate.

Residents have been assured that Pemberstone has no intention of undertaking a wholesale demolition and redevelopment of all the houses in one phase. The new build process will be phased over a period of some years – potentially up to 15 years.

All tenancy agreements will be honoured. Residents with regulated tenancies will be offered appropriate replacement homes within the estate as set out in the terms of their existing tenancies.

Residents on assured shorthold tenancies may be able to benefit from one of the new “affordable homes” which will be built on the site subject to the letting policy set out by Leeds City Council in any planning agreement. It may also be possible to offer existing tenants a choice of other existing Airey homes on the estate for as long as they remain.

The danger of a private tenancy

Writing in the Guardian, one resident of the estate explains how:

Wordsworth Drive and Sugar Hill Close, where we live, are the untold story of England’s housing crisis: generation renters who aren’t millennials but have failed to get on the housing ladder, families that have been living in low-rent, long-term tenancies for decades.

A community newsletter seen by The Canary states that, of the 61 homes currently occupied, 48 are let under an assured shorthold tenancy (AST). This is the most common tenancy agreement used for private renters. It gives the landlord the right to evict a tenant for no reason, giving just two months’ notice.

Pemberstone will offer all the residents who have secure regulated tenancies alternative accommodation at a similar rate if evicted. But the picture is not as rosy for those with ASTs. Pemberstone has stated they may have the option to purchase one of the new “affordable homes”.

However, the Resident Action Group set up to oppose the eviction does not see this an option. Speaking to The Canary, they stated that these “affordable homes” are way out of their price range. And Leeds council informed the group that waiting times for council properties are over 70 weeks.

A “fight we cannot afford to lose”

Chair of the Residents Association Cindy Readman told The Canary:

This is a fight we cannot afford to lose as it would leave many people homeless or forced to live in an area they do not want to. This would also destroy our much loved community.

Yet this is the reality of living with a private sector tenancy. The threat of eviction and being uprooted from your community can come about for any reason and at any time.

– Support the Save Our Homes LS26 campaign in their bid to thwart the prospect of eviction.