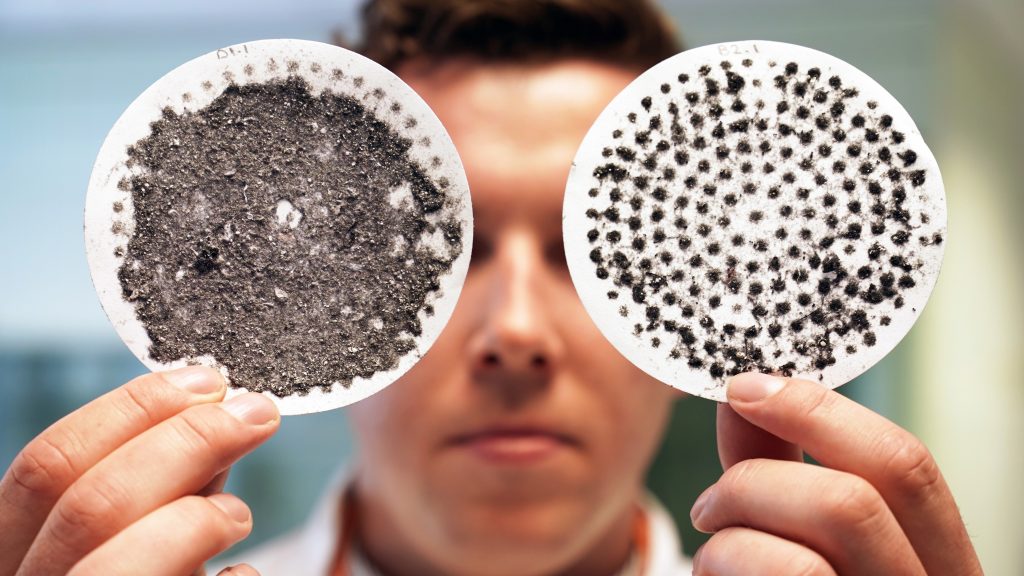 Using a delicate cycle for everyday laundry is causing hundreds of thousands of extra microfibres to be released into our water systems and end up in the sea, scientists have found.

Although regular washing cycles cause clothes to be bashed together and create more friction between garments, they use less water than gentler programmes which agitate the garments less, they said.

Researchers at Newcastle University found that it is the volume of water used, rather than the spinning action in the drum, which is the key factor in plucking the tiny plastic particles from man-made material.

Millions of plastic microfibres are shed every time we wash clothes that contain materials such as nylon, polyester and acrylic.

Because these fibres are so small, they drain out of the back of the washing machine and can ultimately enter the marine environment, where they can be ingested by animals and end up in our food chain.

Two years ago, Newcastle University scientists showed for the first time these fibres have now reached the deepest parts of our ocean.

Using a hi-tech camera, they counted 1.4 million fibres from a delicate wash of a polyester garment, 800,000 when a normal cotton wash was used and 600,000 from a cold express programme.

Kelly said: “Counter-intuitively, we discovered that ‘delicate’ cycles release more plastic microfibres into the water, and then the environment, than standard cycles.

“Previous research has suggested the speed the drum spins at, the number of times it changes spinning direction during a cycle and the length of pauses in the cycle – all known as the machine agitation – is the most important factor in the amount of microfibre released.

“But we have shown here that even at reduced levels of agitation, microfibre release is still greatest with higher water volume-to-fabric ratios.

“This is because the high volume of water used in a delicate cycle which is supposed to protect sensitive clothing from damage actually ‘plucks’ away more fibres from the material.”

Consumers should make sure they are using the correct cycle for their laundry and avoid washing half loads so there is not a high volume of water to garments.

Dr Neil Lant, a research fellow at P&G who worked on the project, said: “People thought quite intuitively that a delicate wash cycle would reduce loss of fibres because the fibres are rubbing against each other less.”

He said garments from natural fibres such as wool or silk should still be washed on a delicate programme.

Washing machine manufacturers have developed microfibre filters to catch the mini-pollutants before they are released into the water system while the textile industry has worked on reducing fibre shedding.

Marine microbiologist Professor Grant Burgess said it was thought the microfibres can clog the digestive systems of tiny animals that ingest them.

He added: “Some of these fibres can attract pollutants and toxic chemicals which stick on to the fibres.

“They can act as concentrators of other toxic pollutants and act as a carrier of these nasty chemicals.”

The findings have been published in the journal Environmental Science and Technology.