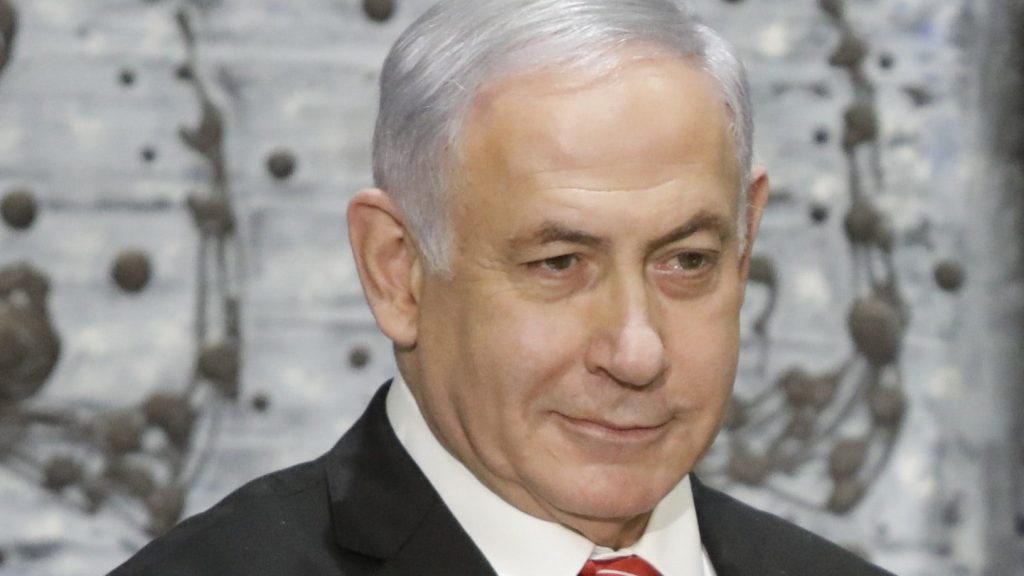 After Israel’s recent election, alleged war criminal Benjamin Netanyahu is trying to form a coalition government to continue as prime minister. But as he does so, an Israeli human rights group has likened state practices in occupied Palestine to apartheid South Africa.

B’Tselem has consistently reminded the Israeli government that “forcible transfer of Palestinian communities is a war crime”. And in a new report, it says the following about the occupied Palestinian city of Hebron:

For 25 years, Israel has been openly pursuing a policy of segregation in the center of Hebron, in order to allow a handful of Jewish residents to live as though they had not settled in the middle of a bustling Palestinian city, in the heart of an occupied territory. This policy completely ignores the needs of hundreds of thousands of Palestinians and sentences them to an unbearable reality, with the hope that they will leave their homes ostensibly of their own free will.

These living conditions have produced the outcome Israel desired: Thousands of Palestinians have left the city center, and it has become a ghost town where only Palestinians who do not have the option to leave remain. Entire parts of the historical city center now stand deserted, in stark contrast to the bustling commercial hub it had been for the entire southern West Bank. The forcible transfer of thousands of Palestinian residents and the closure of hundreds of businesses in this manner violate the prohibition on forcible transfer enshrined in international law, which constitutes a war crime.

Activists have long referred to Hebron as an apartheid city. But B’Tselem has now made that connection itself, stressing:

This regime instated by Israel is reminiscent of the systemic aspects of South Africa’s Apartheid regime, referred to as ‘grand apartheid’, which included restricting access to land, limiting movement and denying political rights.

In Hebron, however, it is not only grand apartheid that applies, as it does elsewhere in the West Bank. Here, the separation regime is pursued so openly, so brazenly, in public space, that it exhibits aspects of ‘petty apartheid’ as well, in the form of policed, formal, public segregation of human beings based on ethnicity – Jewish or Palestinian – exercised through separate streets, checkpoints and physical obstructions.

Yesterday, Israel's leading human rights group @btselem issued a report that compared Israel's discriminatory regime in the occupied West Bank to apartheid South Africa. History can be unforgiving. Don't be on the wrong side of it. https://t.co/epCQrrS7kz pic.twitter.com/E01GuBlZ9W

"The settlement in Hebron is exceptional in that it was injected into the heart of a major Palestinian city. Yet even if Israel’s policy in Hebron is extreme, it is essentially identical to that employed in the rest of the West Bank" – @btselem report https://t.co/9JH8sJfRRm pic.twitter.com/lTJ5QwUzZ1

Like others on the global right, UK prime minister Boris Johnson and the ruling Conservatives have long been cosying up to Israel’s racist, criminal government. Historian Mark Curtis has been documenting this:

Amnesty makes clear here that Israel’s transfer of civilians into the occupied territories is not only illegal but constitutes war crimes. Thus those defending these Israeli govt policies are also complicit. https://t.co/eZWi5Pht5b

All Israel’s crimes in the occupied territories are only ever met with “concerns” by UK govt which otherwise increases military cooperation, trade etc. All under the cover of no UK mainstream media coverage of the extent of UK support for Netanyahu. pic.twitter.com/YXqPQw488w

An obvious moment for the BBC and Guardian to inform their readers – for the first time – of the extensive and growing UK military and other collaboration with Netanyahu’s Israel.

But no – the blackout continues. pic.twitter.com/0oXPEujhEt

Campaign group War on Want, meanwhile, has argued that:

The UK government is complicit in Israel’s continuing violations of human rights and international law. By purchasing arms from and selling arms to Israel, the UK government is giving direct material support for Israel’s aggression and sending a clear message of approval for its actions.

Indeed, at the time of writing, the UK had approved around £333m-worth of ‘export licences for military goods to Israel‘ since April 2016, according to Campaign Against Arms Trade.

If accusations of war crimes and apartheid weren’t enough to shatter Netanyahu’s reputation, meanwhile, Israel’s attorney general has also recommended charging him with bribery, fraud and breach of trust in a series of scandals. He is set to appear at a hearing next week on the charges, and the likelihood of an indictment is high.

Netanyahu has up to six weeks to forge a coalition government. But even with the support of smaller allies, both Netanyahu and his main challenger, former army chief Benny Gantz, lack the support for the required 61-seat parliamentary majority. If Netanyahu fails to form a government, Israel’s president can then ask Gantz to try. If he fails too, the president can select another legislator or call for yet another election.

Whatever happens, though, it seems there’s little hope for a major shift in Israeli state policies. Because while Netanyahu has increasingly courted hard-right support, Gantz also sits firmly on the right and has also faced accusations of war crimes.

That’s why people around the world should continue to speak up against the Israeli state’s war crimes and apartheid policies. Because change needs to come, and it won’t come any time soon without sustained international pressure.