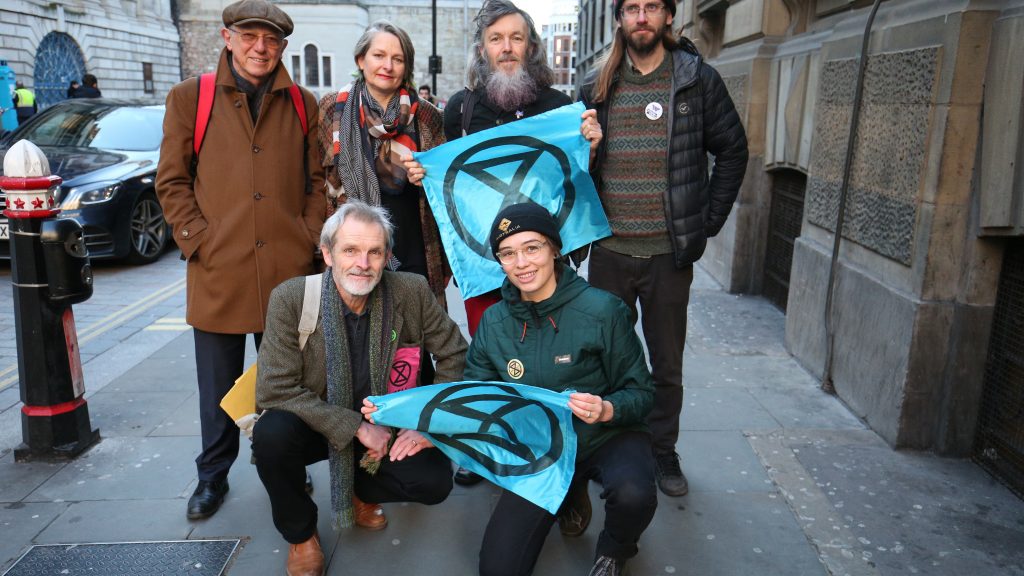 Climate change is the biggest issue humanity has ever faced, a former chief government scientist has said ahead of a trial involving Extinction Rebellion protesters.

Professor David King is prepared to give evidence at the trial of the five activists who are accused of gluing themselves to the concourse between London City Airport and the DLR station in October last year.

Speaking outside City of London Magistrates’ Court on Tuesday morning, Prof King said the issue of climate change requires “leadership from the very top” and described Brexit as a “distraction”.

He told the PA news agency: “What we are talking about is the most important issue humanity has ever had to face up to.

“And when I say humanity I mean all of us. We’re all in this boat together.

“Whatever we do over the next 10 years on climate change, actions that we do, will determine the future of humanity for the next 10,000 years.”

He added: “What we have got now is a very short timeline to get ourselves out of this mess.

“And yet the public have been barely aware of it. And the reason is quite simple – that initially during the Blair and Brown period it was very much in the headlines and I was on television and radio very frequently.

“But with the Cameron government it was a concern about slippage to Ukip and this was not an issue that was felt to be relevant for the main theme of the day.

“And so it was taken off the front pages. I wasn’t allowed on television and radio at that time.

“The result is that the public don’t even know what good things the British government are doing.

“Everyone thinks the British government have been doing nothing. It’s not true. Without Britain we would not have had the Paris Agreement. No government did as much as we did to achieve that.

“However, no government, including ours, is doing enough today.

“So what we need is much more action, much more clarity on the action that is needed, and we need it with a public voice.

“And that’s what Greta Thunberg and Extinction Rebellion have done. They’ve put it back on the front pages.”

He spoke about the importance of leadership, and said: “Boris Johnson is perfectly capable of stepping into that role but of course he has to deal with this thing called Brexit in the meantime.

“So what we have is a distraction from this enormous challenge.”

“I’m afraid because we haven’t been taking the actions that the science has been telling us to take for a very long time.”

He described the actions of the Extinction Rebellion activists as a “brave attempt” to get the “critically important” issue to the forefront.