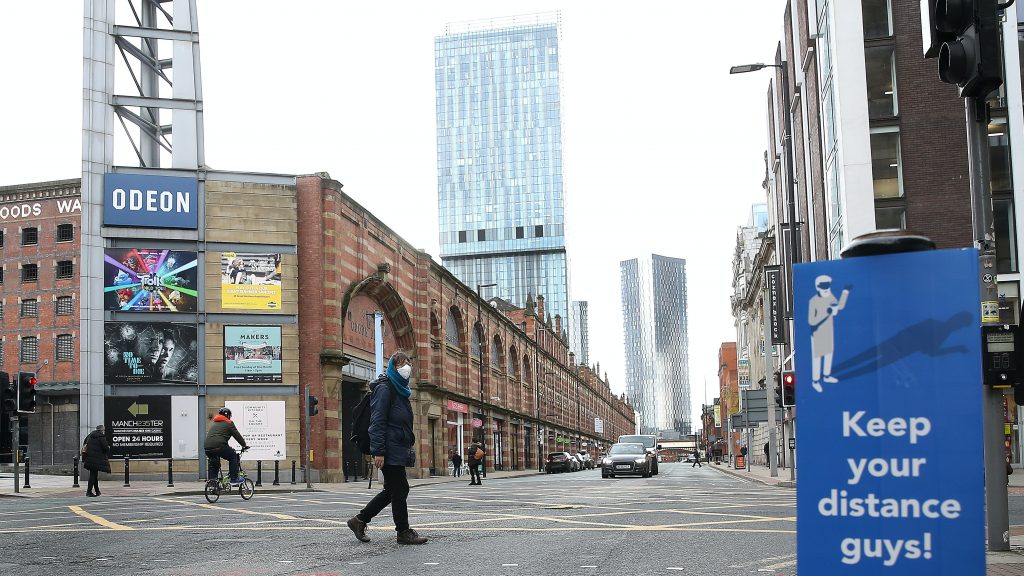 Medics are “extremely worried” about how the next few weeks will look in hospitals as the number of coronavirus (Covid-19) cases continues to rise, a doctor has said.

Dr Indeewar Kapila is a consultant in anaesthesia and intensive care medicine in Manchester. He said intensive care units in the North West were getting busier. And staff were bracing themselves for a difficult second wave.

Asked whether he’s worried about where hospitals will be in a few weeks’ time, Dr Kapila told the PA news agency:

I think if if the current situation continues, if we haven’t got some additional measures in place, then we are very concerned that in three or four weeks, perhaps even less than that, we will start seeing a rapid rise in admissions.

My message to the public would be to continue to treat this virus with respect and take all the measures that have been suggested by the Government, by Public Health England, by the local hospitals, the local community, to ensure that they’re protecting themselves as much as possible.

I appreciate it’s very difficult to continue to live in the state that we’re in currently, which is having a huge impact on the population, economically, mentally and physically, but we have to continue to protect ourselves as much as possible, otherwise we may be facing a similar situation to the first phase.

The consultant said the first wave of the pandemic had had a “significant” impact on staff. He said:

From a medical perspective, doctors and nursing staff were physically and mentally drained after the first wave…

It had a huge impact on staff, there were a lot of people who went off sick because of Covid infection and other people have to take time off to look after family members.

There’s certainly significant apprehension as the second wave starts picking up and there’s no doubt that a lot of staff are braced for the fact that they might have to go through a similar experience again.

We’re very much hoping that that isn’t the case, and we’ve certainly learned a few lessons from the first wave, but as professionals we just have to get on and provide the best care we can for our patients.

He said medics were seeing patients over 60 coming into hospital, but added there were younger patients as well.

“A rapid rise in admissions”

It is getting busier, there’s no doubt that hospitals themselves are very busy with lots of patients coming into the hospital with either suspected or confirmed Covid infection…

At the moment, intensive care admissions are steady but it’s only a matter of time, in the next week or so, that we might start seeing a rapid rise in admissions.

Given what the R value is in the North West, I think we, unless we see a dramatic change in the strategy, there’s a strong possibility we’re going to start seeing a significant rise in admissions to intensive care.