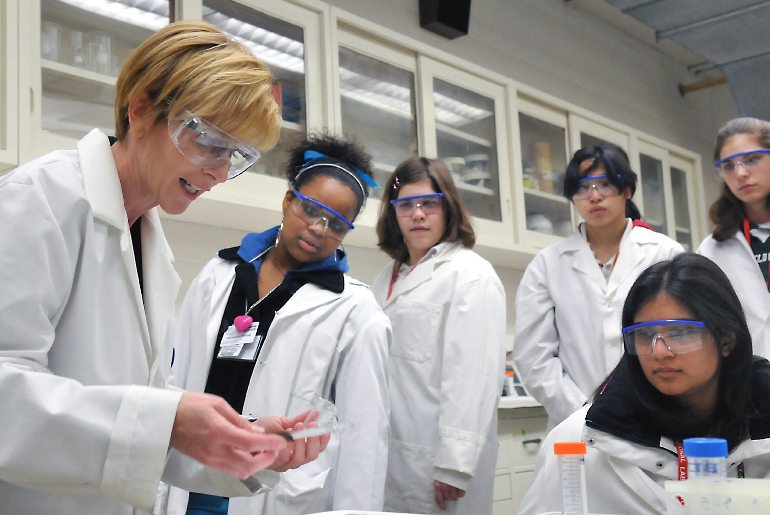 It is 2016 and women are still making less money, securing worse positions, and having fewer opportunities to succeed in the workplace than their male counterparts. And this is also happening inside laboratories and research institutions, where you might hope that objectivity would prevail.

The latest evidence for gender bias in science comes from a comprehensive study published in the journal Nature Geosciences. The results of the research indicate that men are twice as likely to receive excellent recommendation letters than women. The letters were written for researchers who were applying for postdoctoral fellowships, a critical step in the scientific career.

The idea that men are biologically better at maths than women has been debunked and is now widely considered a myth. Instead, social norms and gender biases are to blame for the misrepresentation of women in science.

The numbers indicate that the gender gap widens as one climbs the scientific career ladder. A recent study pointed out that while training is similar for both sexes during graduate school, striking differences begin to emerge as they move towards the next stages. But most differences disappeared when the data was corrected by partnership status and parenthood; single women without children performed as well as men.

The observation that starting a family is the main factor that keeps women from securing better positions was also supported by a 2012 report. The authors go so far as to say that “the effect of children on women’s academic careers is so remarkable that it eclipses other factors in contributing to women’s under-representation in academic science”.

Despite the strong evidence that parenting disproportionately affects women, the study faced harsh criticism. This was partly because it built upon previous work which suggested the playing field for men and women in science had been levelled. But also because it downplayed other forms of discrimination.

Similarly, astrophysicist Meg Urry stated in a comment article published in Nature that, while employers should “unquestionably” be more supportive in regards to parental leave, care of the elderly and on-site child care, it was clear to her that “strong family-support policies are not the whole story”. To illustrate her opinion, she recalled a recent sexual harassment case at the University of Berkeley, Tim Hunt’s infamous comments on women in the lab, and a 2002 study that found out that women with children did not perform worse than those without, but both groups lagged behind men.

Gender bias in science also takes place outside the lab, specifically at conferences, congresses or any other type of expert meetings, where women are still a minority. The problem is far from trivial, as attending these meetings is crucial to forge a reputation, establish new contacts and engage in productive networking.

But after years of turning a blind eye to the situation, many scientists are now taking action, either by demanding a higher presence of women at the meetings they go to or by refusing to participate if the number of women is not significant. Female scientists are also encouraged to suggest other females when they are invited to speak in an event but can’t make it.

A recent initiative from women working in the neurosciences field is a website called BiasWatchNeuro, its goal being “to track the speaker composition of conferences in neuroscience, particularly with respect to gender representation”. The promoters hope that colleagues from other disciplines will soon join them with similar sites.

And on Twitter, the hashtag #AllMalePanel is now being used to pinpoint events where all the speakers are male:

Sounds nice: 2nd Brain Stimulation Conference. In Barcelona. But there's an #allmalepanel https://t.co/O6M4HMA6MY So I am not going.

Similarly, the Tumblr site All Male Panels documents seminars and events where all the invited speakers are males. Ironically, one of them was a seminar early this year on gender equality in salaries. The creators of the site are already looking forward to 20 December, when they will have another important event to add to their site: the 2016 Nobel Prize ceremony.

– If you live in the US, encourage your company to sign the Equal Pay Pledge.

– If you are a scientist, promote women participation at all levels.