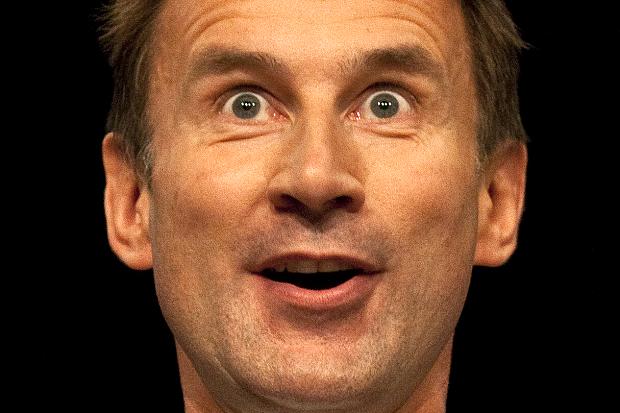 Plans for shocking levels of cuts to the NHS, under the guise of cost saving, have been hidden from the public for months. But a group of NHS workers and campaigners have now begun to expose the extent to which services may be cut and privatised. They’re raising awareness by marching for seven days across the north of England. And as the most trusted profession in the UK, their warnings should be heeded – before it’s too late for the NHS.

The ‘Footprints March for the NHS‘ is taking place between 22-29 October. Save the NHS campaigners, workers and members of the public will be marching between hospitals in County Durham, Teesside and North Yorkshire. The idea is to protest the cuts to health services which they believe will put lives at risk. Setting out from Northallerton, North Yorkshire, the march will take in hospitals in Darlington, Bishop Auckland, Consett, Durham, Hartlepool, Middlesbrough and Stockton, with public meetings, rallies and social events held along the way.

But the march has a important subject at its heart, and one that many people may not be aware of: “Sustainability and Transformation Plans” (STP). NHS England says the plans are to:

help ensure that health and care services are built around the needs of local populations. To do this, every health and care system in England will produce… STP, showing how local services will evolve and become sustainable over the next five years – ultimately delivering the Five Year Forward View vision of better health, better patient care and improved NHS efficiency.

To deliver plans that are based on the needs of local populations, local health and care systems… [have] formed 44 STP ‘footprints’… [to] drive genuine and sustainable transformation in patient experience and health outcomes of the longer-term.

As The Canary previously reported, the Five Year Forward View NHS England mentions, is designed to “set out a clear direction for the NHS – showing why change is needed and what it will look like”. It sets out its mission as being to, among other things, “integrate health and care services across the country”. But critics argue that the Five Year Forward View is a “wish list for privateers“, and will result in the NHS being sold off to private companies.

And the organisers of the Footprints March claim that it’s this “privatisation by stealth” which is, in part, being implemented in the STP, along with drastic cuts to services.

Every Clinical Commissioning Group (CCG) responsible for NHS services and contracts had to submit an STP by 21 October, outlining how they will speed up achieving the Five Year Forward View, and also how they’ll wipe out any budget deficits they have. The deficits in the NHS have ballooned since 2010:

It is the need to cut these deficits that the Footprints March organisers claim will result in cuts to services. They cite as an example that at a County Durham and Darlington Foundation Trust meeting, the board denied the existence of this document. But staff at Darlington Memorial Hospital, for example, have allegedly been taken aside and told that there will be no A&E in two years’ time. But the trust involved denies this.

But the STP Footprint plans run deeper than this. Simon Stevens, Chief Executive of NHS England, has said that he’d like the 44 Footprint areas to become ‘combined authorities’, bringing together NHS service commissioners and care providers. Ultimately, this would eradicate decision making at local NHS level, and put the power in the hands of distant executives in boardrooms, and also NHS England and the Department for Health.

This idea, however, is not new. The health thinktank Reform have previously endorsed “reducing centralisation”, saying “Why let a good crisis go to waste?”. They also pushed for the takeover of “failing” hospitals by private companies, as was the case with the now-infamous Hinchingbrooke. But in a document from April 2016 entitled ‘Who cares? The future of general practice’, Reform suggest that (in terms of the NHS) the current commissioning system is too fragmented. They recommended a “healthcare system that acts as one”, that would:

cover the whole care needs of defined populations. Integrated commissioning bodies should replace today’s fragmented commissioners. Whole-population-care contracts should be capitated, with commissioners able to attach bonus payments to incentivise improved care in specific areas. Contracts must also be time-limited and the appropriate size to incentivise competition between providers.

In essence, Reform are suggesting that GPs, the NHS and social care should be grouped together and fall under the responsibility of one organisation, who will then decide who runs the services. The Footprint areas could be the geographical blueprint, and with financial control already planned to be handed over to these “super trusts”, GP’s and social care would then be introduced. And, critics would argue that this then paves the way for whole geographical areas to be sold off, as one package, to private companies.

Marching to save the NHS

This is why the Footprints March for the NHS has been set up. As its organisers told The Canary:

In short STP are key to cuts, privatisation, and central control over the NHS and social care, as the plans have to eliminate any deficits –  which will surely involve cuts to services and closures. The government [are already committed to] encouraging long term NHS partnerships with the private sector in key areas.

The march hopes to get the message out to the public that the NHS is being cut back and sold off before our very eyes. And unless we all act now, the health service as we know it won’t exist in the future. The organisers say all are welcome to take part for whatever distance they can manage, or just to come to rallies and social events along the way. But the march is, ultimately, part of the fight to save the NHS. And it’s a fight that each and every one of us needs to engage in. Before it’s too late.

The itinerary for the march is as follows:

– Find out more about the Footprints March for the NHS.