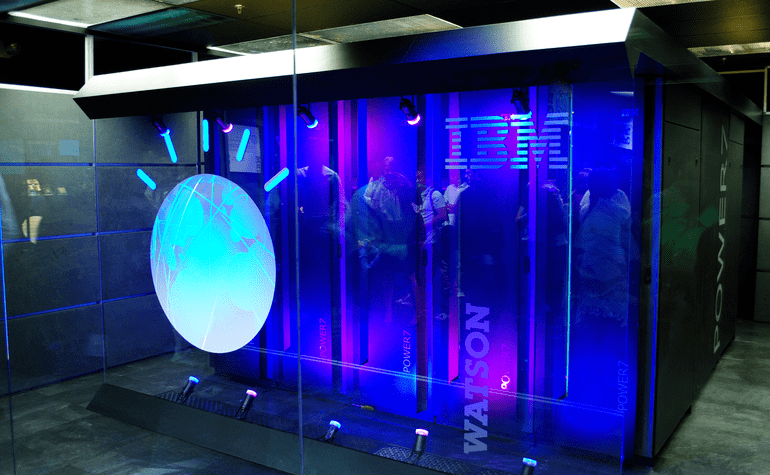 Japanese insurance firm Fukoku Mutual Life Insurance is planning to make 34 employees redundant. But they are being replaced by an artificial intelligence (AI) system that can calculate payouts to policyholders.

The firm says it will increase productivity by 30% and will save £1m a year once the AI system is running. The machine in question is IBM’s Watson Explorer, which possesses “cognitive technology that can think like a human”.

This move is a sign of things to come. Findings published by the Nomura Research Institute (NRI) suggest that within the next 20 years, nearly half of all jobs in Japan could be carried out by robots. A 2013 study [pdf] by the Oxford Martin School looked at the same issue in the US. Researchers estimated that, over the next two decades, 47% of jobs will be susceptible to computerisation.

And yet another study predicts that, by 2025, robots could jeopardise between 40 million and 75 million jobs worldwide. Jerry Kaplan, who teaches AI at Stanford, says these changes are the result of two developments. One is “the ability [of machines] to organise large volumes of data so you can get actionable intelligence”. The other, meanwhile, is “the availability of data of all kinds, coming from smartphones and other low-cost sensors out there in the environment”.

All kinds of jobs are at risk

Automation is already poised to take over much manual labour. But as this case in Japan illustrates, white-collar jobs are also at risk. To cite another example, a writing software called Quill uses data to produce journalistic reports. And IBM’s artificial intelligence platform Watson is being used to diagnose rare diseases in Germany.

Next month, Japan’s economy, trade and industry ministry will begin a trial run to see how machines will get by in the world of politics. AI will be helping civil servants draft answers for ministers during cabinet meetings and parliamentary sessions. Again, this is for the sake of increasing productivity.

Recently, Romania launched ROMBOT: the first artificial intelligence ambassador of a country. ROMBOT is a learning machine that listens to what Romanians have to say about their country. Once it accumulates enough information, it will be able to answer questions from tourists.

The future of work

Some are optimistic, embracing automation as an opportunity to free us from mundane, routine tasks; giving us time to focus on more meaningful activities. But Silicon Valley entrepreneur Martin Ford highlights:

The reality is that a very large fraction of our workforce is engaged in activities that are on some level routine, repetitive and predictable.

Indeed, a quarter of jobs in the business services sector are at ‘high risk’ of automation within the next two decades. This is because many IT jobs are “repetitive or highly structured”. Retraining a large portion of the workforce to engage in more creative work will pose an enormous challenge. In other words, while it might benefit those at risk from automation, it is not a business savvy option.

There is also disagreement as to whether the rise of automation will promote or hinder inequality. Kaplan argues that the wealthiest people will benefit the most from automation, because they will be the ones investing in it. On this issue, Stephen Hawking said:

Everyone can enjoy a life of luxurious leisure if the machine-produced wealth is shared, or most people can end up miserably poor if the machine owners successfully lobby against wealth redistribution.

We do not know for certain whether the rise of automation will ultimately benefit us. But given the lobbying power of powerful corporations, there is a real risk of rising inequality. To offset this, we might need to introduce a universal basic income. Finland, Canada and the Netherlands are currently experimenting with this scheme.

Forecasts about automation causing a decline in workforce participation are more or less consistent. AI is advancing at an unprecedented rate. These changes are going to put millions of jobs worldwide under threat. Mass unemployment and increased inequality could be on the horizon. A universal basic income will just be one part of the solution. Creating more jobs that involve our uniquely human traits – such as creativity, empathy and wisdom – could be another part of the solution. This could free us from repetitive, rule-bound tasks, and allow us to to find more meaning and fulfilment in work. But whatever the solution, we have to plan in accordance with this rapid pace of change, and with the assumption that there is going to be a revolution in work.

– Check out more articles from The Canary on Science.