Straight-A university student drops out, says 'you are being scammed' - Canary 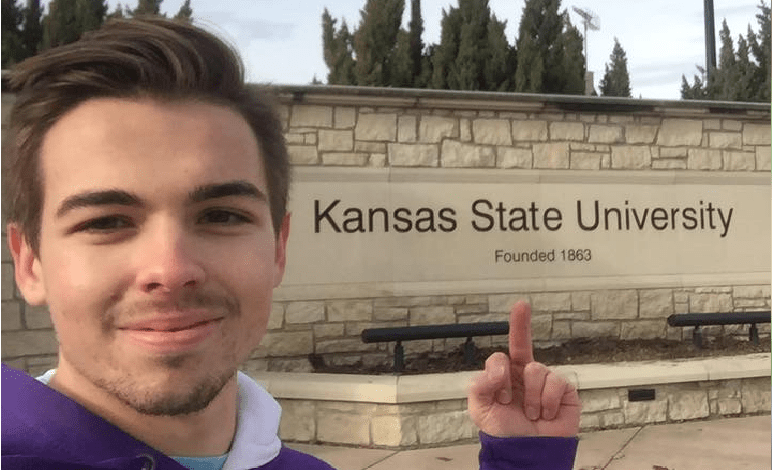 Top performing student Billy Wilson dropped out of Kansas State University after his first semester. His issue was not personal, but with the wider education system itself:

You are being scammed. You may not see it today or tomorrow, but you will see it some day.

Upon dropping out, Wilson wrote a Facebook post that has been going viral for the past couple of weeks. The former engineering student enjoyed a 4.0 GPA, the equivalent of straight As in the UK.

You are being put thousands into debt to learn things you will never even use.

Wilson’s point about debt rings true here in the UK. An astonishing two thirds [paywall] of students will still be in debt when they die. Since Tony Blair introduced tuition fees back in 1998, they have risen sharply. The Conservative-Lib Dem Coalition tripled the annual fees to £9,000. Now, the Conservative majority government is set to raise the fees again to £9,250.

On top of this, the present government has scrapped the maintenance grant. It has been replaced with more loans, pushing the poorest students further into debt.

Why should education be free?

The fact that tuition fees did not exist until 1998 proves they are not a necessity.

Case in point: Jack Andraka, who was 15 years old when he identified a revolutionary tool in recognising pancreatic cancer, would never have made his discovery without access to online journals. Academic journals are often locked up by publishing companies who charge a bomb for access, despite the research usually being publicly funded. Andraka’s life-saving discovery is a shining example of how freedom of education benefits everyone. The more people who have access to education, the higher the chance of humans finding solutions to our problems. And when it comes to cancer, these solutions are life or death.

A well-educated society is better for everyone. We should value education over profit. Wilson was right to call out the massive debt facing students in the US and the UK. Clearly, it is pushing students away from education.

– Check out the Anti-Academies Alliance, which opposes the academisation of our secondary schools.