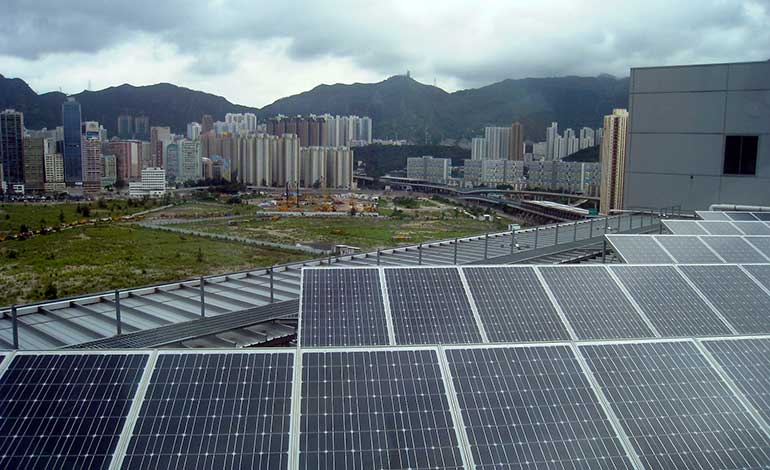 The UK is set to be left in the dark ages as more and more countries invest in renewable energies. While the UK government cuts funding for this sector, China has spoken out and said it will invest £290bn in renewable fuel. And you know things are drastic when this superpower, notorious for pollution, decides to take action.

The current Conservative government is plunging Britain headfirst into an anti-environment energy plan. Funding for renewable energy (including all new large-scale solar farms) has been cut. Fracking and nuclear power have become the energy sources of choice.

With some arguing that solar power is now cheaper than nuclear (Hinkley Point), and the fact that it would only take four large offshore wind farms to match the 3.2 Gw of power expected from the plant, the government continues to out-price renewables by not investing in them.

A key argument against renewable energy is that we don’t have the technology to scale renewables to provide a sustainable and reliable source of electricity. But this is a lie.

In 2014, the UK’s largest grid-scale battery (based in Bedfordshire) underwent a two-year trial. The 6MW/10MWh ‘big battery’ successfully stored energy (generated from low carbon sources) when demand was low and released it when necessary. It was able to power 6,000 homes for 1.5 hours at peak times.

The successful trial goes a long way to proving that grid-scale energy storage is possible and commercially viable with the right investment.

Thankfully, 55 renewable energy companies are currently investing millions of pounds into battery technology and other power storage systems in order to transform the face of the UK’s electricity industry and make the technology accessible and affordable.

Fall off a cliff

But as a recent report confirms, Britain’s renewable energy industry is about to “fall off a cliff”. And at the very point it should be coming into its own. The report states that:

After 2020, the new renewables infrastructure will collapse to almost nothing because of a lack of investment and the blossoming industry could wither.

Furthermore, a recent study into UK’s renewable energy sector has found that:

More than £1bn of future investment in renewable energy projects disappeared over the course of 2016.

Investment in wind, solar, biomass power and waste-to-energy projects will decline by 95% between 2017 and 2020.

Unfortunately, the work of private investments is not enough to counteract the destruction caused by the UK government. Yet as the UK walks this path, other countries are taking active steps to prepare for global warming. And ironically, one of those is a key investor in the UK’s nuclear and fracking industry.

According to the National Energy Administration (NEA), China is investing 2.5tn yuan (£296bn) into renewable power generation by 2020. The money will go toward funding wind, hydro, solar, and nuclear power sources. The Chinese government hopes these renewable sources will contribute to about half of new electricity generation by 2020.

Furthermore, the investment will create over 13 million jobs in the sector.

As well as this, according to a leading UK climate scientist, China is actively seeking to protect itself from food supply problems which climate change is likely to cause. Cambridge University’s Prof Peter Wadhams says that by buying and leasing large tracts of land in Africa and South America, China is taking “self-protective action” – while countries in North America and Europe are largely ignoring the threats caused by global warming.

The rest of the world

Alongside China, many other countries are taking climate change very seriously, and are taking active steps to reduce its impact. Costa Rica plans to be carbon neutral within six years; Germany has banned fracking; Norway is planning to ban all petrol cars by 2025; and Denmark’s wind farms are capable of producing more energy than the country needs.

In another promising initiative, a group of 40 investors, including the fund arm of insurer Aviva and several Swedish state pension funds, have launched a campaign to encourage international food companies to prepare for climate change.

As the UK heads back in time to invest heavily in damaging energy practices, other countries are taking steps in the right direction.

– Write to Andrea Leadsom and tell her to put the environment first.

– Read more about environmental issues at The Canary.