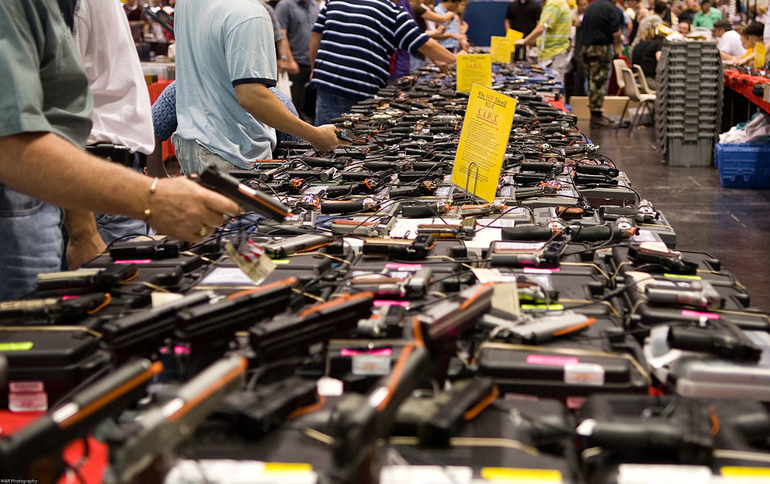 On 6 January, Iraq War veteran Esteban Santiago opened fire at Fort Lauderdale-Hollywood International Airport in Florida. He killed five people and injured six. Police had confiscated his gun when he went into an FBI office in Anchorage, Alaska, after showing signs of mental health issues. But they later returned his gun to him after his release from a mental health facility.

The Florida shooter had previously spoken to his family and acquaintances about voices in his head tormenting him.

His family say his nine months in Iraq affected him deeply. Santiago’s uncle said: “When he came back from Iraq, he was a different person.”

These changes became apparent to law enforcement on 7 November. Santiago showed up at an FBI office carrying an ammunition clip (he left the firearm in his car). He then made some comments about mind control. According to FBI agent George Piro, he said:

the CIA controlled him [Santiago] through secret messages over the internet and told him the things he had to do.

According to Marlin Ritzman, one of the agents at the Anchorage FBI office, when Santiago showed up he appeared “agitated, incoherent and made disjointed statements”. He claimed the CIA had put terrorist propaganda on his computer. This led him to have “terroristic thoughts”, believing “he was being influenced by ISIS”.

His erratic behaviour led the FBI to confiscate his weapon, and the police took him to a psychiatric facility. His brother said he was released after a few days with no follow-up treatment, such as medication or therapy. On 8 December, police then returned the gun to him.

Given Santiago’s symptoms, it may not have been PTSD he was suffering from. Experts say his paranoid delusions more closely reflect psychosis or schizophrenia.

But tying all of Santiago’s behaviour back to war may be over-simplified. Stigma against veterans is real, with the perpetuation of the stereotype that they are dangerously unstable. Bill Rausch, executive director of Got Your 6, a non-profit group that tracks the public image of veterans, said:

The public sees veterans as broken, and they often shape the narrative to fit their perceptions.

Obtaining a firearm without a background check

The incident at the FBI office, however, did not land Santiago on any law enforcement watch lists, or on the federal government’s No Fly List. And while officials say Santiago was clearly incoherent, they did not deem him to be threatening.

Alaska does not require private sellers (sellers who are not licensed dealers) to initiate a background check when transferring a firearm.

A call for universal background checks

Our research makes the case for the adoption of laws in states that do not currently regulate private firearm transfers, and it underscores the fact that we’re talking about millions of gun transfers annually that pass from one private owner to another without a formal vetting process and so without knowing whether the recipient is someone society deems a lawful possessor of firearms.

Polls consistently demonstrate that the majority of Americans (ranging from 85-93%) are in favour of background checks for all gun buyers. And indeed, this may be the most sensible solution for ensuring public safety while upholding Second Amendment rights.