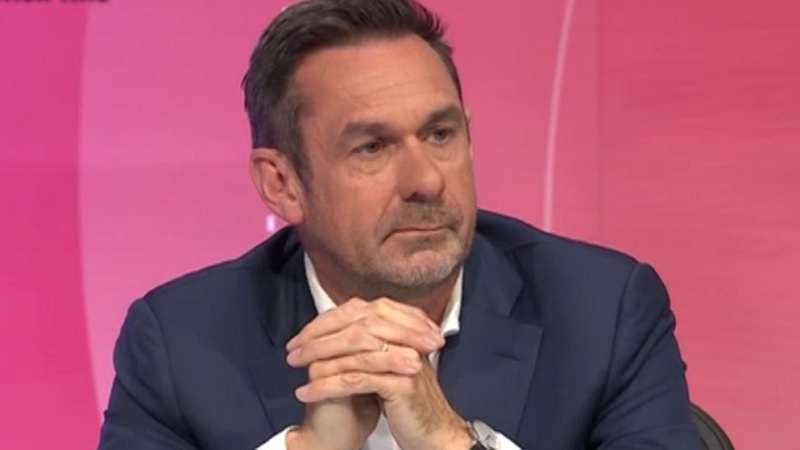 Independent journalist Paul Mason, well known for his past work at the BBC and Channel 4 News, is being crucified by establishment journalists for exposing the role of our most-read newspapers in censorship and propaganda.

It’s hard to remember a tweet that sent the commentariat into quite such a fit of the conniptions. Mason made a very simple point in a matter-of-fact fashion, and shortly thereafter all hell broke loose.

In newsrooms across London, well paid propagandists are scrambling to find stories to take #NHSCrisis off front page. Watch this space…

Key figures from across the media and political worlds rallied into a sort of virtual pitchfork brigade to accuse Mason of being the most insidious tin foil hat-wearing conspiracy theorist that ever lived. But none were more defensive than those at Murdoch-owned Times.

I honestly don't know why you go in for such Trumpian nonsense. It's both insulting and easily refuted. @frazernh

Their colleague Janice Turner even argued that The Daily Mail was leading the charge on NHS coverage, seemingly forgetting the difference between censorship and propaganda. Luckily, another Twitter user was on hand to remind her:

Even former Home Secretary Jacqui Smith got in on the abuse:

Paul I've had my issues with newspaper journos but you know this is nonsense don't you. https://t.co/n2lqdZHhDl

There was just one problem. Come the next day, Mason was proven right.

Well done chaps, the proprietors will be proud, and your Downing Street drinks invite is assured… no #NHSCrisis in Fleet Street pic.twitter.com/Cnez5k3tsR

The reaction? The pack just rolled on with the accusations as if nothing had happened.

The process of denunciation

The UK commentariat routinely denounces off-message outlets and writers, and heaps praise on those who stay on-message. This isn’t breaking news. It’s the way the establishment, the privileged, and their propaganda have worked throughout human history. The idea that these tactics vanished magically in the 21st century is so far beyond naive it’s laughable.

Our media commentariat are the gatekeepers of entry into their class. They frown on start-up media outlets and independent voices such as Mason because neither owe them a duty of patronage. The start-ups never required the acceptance and support of the commentariat gatekeepers, and are consequently unbeholden to them. They are truly independent. This is not the same as unbiased, or neutral. It simply means that they have formed their editorial views independently. They publish based on opinion and evidence, not coercion or politicking.

A vast imbalance in connections and cash allows the commentariat outlets of the mainstream media to remain dominant today. But they now have real competition. The rise of new media outlets, enabled by the internet and social media, means the commentariat has lost its stranglehold on information. These new outlets are able to disseminate that information to millions, to create enough waves that rock the yachts of the establishment. And that’s infuriating.

The only play left open to a furious commentariat is to denounce those messengers as conspiracy theorists, and purveyors of ‘fake news’. To attempt to pressurise social media and internet companies into censoring these new competitors. But like King Canute, the establishment is wrong to think it can hold back this tide.