The Economist just stuck a massive two fingers up at the PM, and she's really not going to like it - The Canary 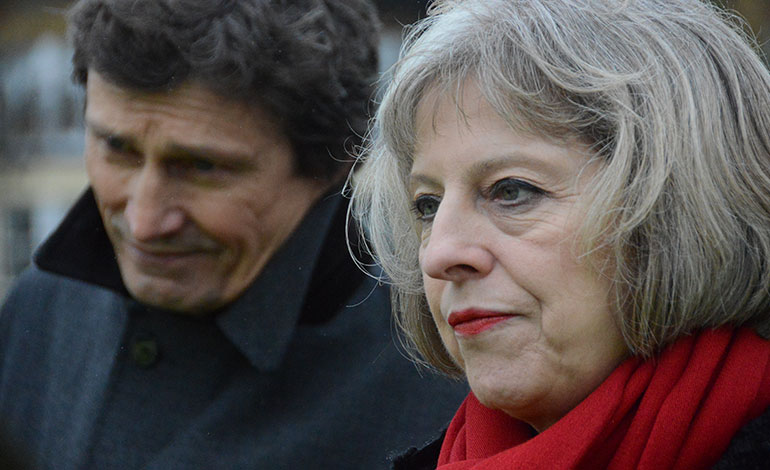 As Theresa May woke up on Friday 6 January, she may not have enjoyed seeing the front page of The Economist. For the publication is not mincing its words about her “indecisive” start as Prime Minister. Plastered on its latest front page is the headline Theresa Maybe: Britain’s indecisive premier. And it doesn’t stop there.

The Economist, often regarded as a high-brow source for politics and economics, has been similarly ballsy in the past. Ripping into David Cameron during his resignation, the publication wrote of his “ruined legacy” and claimed “he leaves office in ignominy”. Its treatment of May appears no different.

The article, featured in the 7-13 January issue, begins:

After six months, what the new prime minister stands for is still unclear – perhaps even to her.

It then speaks about her initial promises “to correct the ‘burning injustices’ faced by the downtrodden” and how “she [would] make a success of Brexit”. But the article quickly changes its tone and states:

Yet after half a year in office there is strikingly little to show for this May revolution.

Commenting on the rising concern over a strategy for Brexit, the article reads:

The growing suspicion is that the Sphinx-like prime minister is guarded about her plans chiefly because she is still struggling to draw them up… [and] caution has started to look like indecision. Her most senior official in Brussels has just resigned, saying that the government does not have a clear Brexit plan.

The article continues to criticise May for her indecisiveness and lack of resolve. It then goes on to make a comparison, which much of the media has already made, between May and Thatcher:

There is one lesson in the overdone comparison of Mrs May to Thatcher. The woman who really did transform Britain had a shambolic first term; privatisation and union reform, with which she is now associated, did not really get going until after 1983… Mrs May could yet find her feet—and given the state of Labour, she will have time to do so, if Brexit does not provide her own party with a reason to oust her.

One insider at the paper told The Huffington Post he suspected “Downing Street would go apeshit”.

According to a multitude of media sources, May is currently beating Jeremy Corbyn by a large majority. On 19 October, The Independent wrote: “Theresa May’s Tories open up 18-point lead over Jeremy Corbyn’s Labour”. While a recent “YouGov [poll] claimed people in every age group, region and social class were more likely to say Theresa May would ‘make the best Prime Minister'”.

Although The Economist doesn’t appear to favour Corbyn, claiming he’s a “dodgy dealer” who’s “leading Britain’s left into a political timewarp”, it apparently doesn’t think May’s up to the job either.

– Read more about Theresa May on The Canary.

– Support The Canary by becoming a monthly supporter.