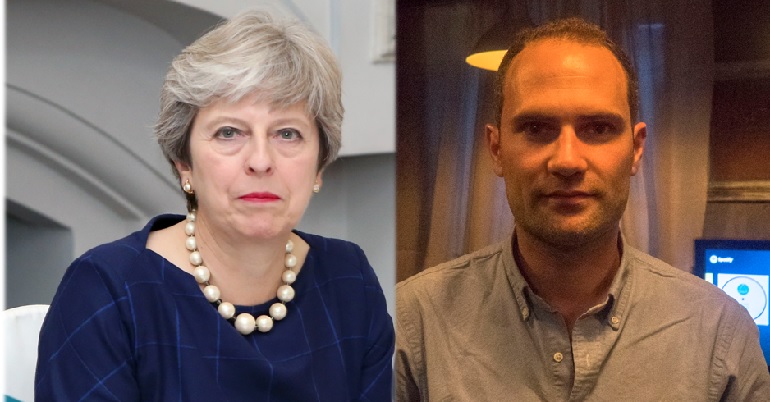 A number of British citizens have volunteered to fight with Kurdish-led forces against Daesh (Isis/Isil) in Syria. Macer Gifford is one of them. And amid Turkey’s assault on majority-Kurdish areas in northern Syria, Gifford has spoken out – saying the British government is “playing with fire” by failing to stand up to its NATO ally.

Turkey’s invasion is “a disaster”, diverting resources away from the fight against Daesh

The Kurdish-led People’s Protection Units (YPG) have received the open backing of the US and UK in the fight against Daesh since late 2014. And only months ago, the YPG and its allies in the Syrian Democratic Forces (SDF) defeated Daesh in its de facto Syrian capital of Raqqa.

Macer Gifford has fought with the YPG, the SDF, and their allies in the Syriac Military Council (MFS). He told The Canary that the progressive political system these groups are defending is “far bigger than the Kurds – it’s for everybody”:

In a 2016 documentary, Ross Kemp praised the system Gifford spoke of – now the Democratic Federation of Northern Syria (DFNS) – as “a genuine movement for democracy, equality and tolerance”.

But currently, NATO’s second-largest army (Turkey) is attacking this system. President Recep Tayyip Erdoğan says Turkey is seeking to defeat the YPG. The assault has reportedly killed at least 220 people so far. And critics have accused Turkey of carrying out “ethnic cleansing”. Ankara denies this.

Gifford described how Turkey’s regime has always been opposed to any independent Kurdish-led movement in Syria:

And he called the Turkish invasion “a disaster, because it’s taking… the spotlight off the Islamic State [Daesh]”:

Why is Britain not standing up to Turkey?

What’s making Britain particularly subservient to Turkey is a sense of vulnerability after leaving the European Union. Britain has identified Turkey as a major trading partner, as a future ally – not just economic but militarily.

Erdoğan’s Turkey is an alleged human rights abuser. And Reporters Without Borders has called it “the world’s biggest prison for the media profession”.

Gifford’s message for the government: it is “playing with fire”

For Gifford, the UK government is “playing with fire when it comes to supporting Turkey in its attacks on Afrin”. He said the invasion is shifting the YPG’s focus from fighting against Daesh to protecting itself from Turkish aggression. And this is contributing to a “huge resurgence” for Daesh, which was previously on the back foot thanks to YPG advances. In turn, this “affects the safety” of people back in Britain.

Just because we want to sell a few weapons and have an economic relationship with Turkey doesn’t mean that we should ignore the fact that we would be literally shooting ourselves in the foot by supporting them.

He continued, explaining exactly why Britain is “shooting itself in the foot”:

A number of UK MPs criticised the government’s current actions (or lack thereof) in an urgent debate on 12 March. But minister for international development Alistair Burt, who was speaking on behalf of the government, gave timid answers such as:

Both US and Kurdish officials insisted at the start of the Turkish invasion that there was no evidence that the YPG had attacked Turkey. On the other hand, there were consistent reports in the preceding months about Turkish forces attacking northern Syria. Afrin in particular, meanwhile, was one of the calmest areas in Syria until Turkey decided to increase its attacks, hosting tens of thousands of refugees with little international support.

Gifford’s message for the British people

In his message to UK citizens, Gifford said:

Find out who the Kurds are. Learn more about the democracy they’re trying to create [in northern Syria]… Get out onto the streets. Lobby your politicians. Talk to your friends. Talk to your co-workers or to your communities…

And finally, he insisted:

It’s up to people around the country who believe in secular democratic principles that want to see an end to the conflict… They should mobilise, and start pushing the government. Because that’s really one of the only ways that we are going to get some movement.