Faced with government attacks, one community is taking matters into its own hands - Canary 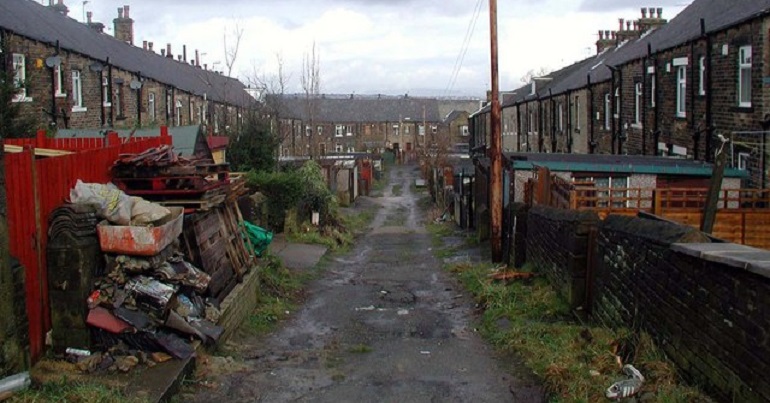 The Conservative-led governments of recent years have launched an assault on citizens who claim benefits. But with communities increasingly standing up against what can be devastating changes, the Conservatives may have met more resistance than they bargained for.

The Canary recently visited a group of claimants and supporters who are working together to fight back against changes to Britain’s benefits system. And what we saw and heard was both inspirational and heartbreaking.

Building hope from the ground up

Hope Rising Action Group (HRAG) began in Bradford in February 2017. Its aim was to create a point of support for benefit claimants. This has included undertaking research and making information more accessible to the people who need it. And its starting point was empathy with people who were suffering as a result of benefit cuts. We share some of the desperate stories HRAG has highlighted here.

At one HRAG meeting, members described how there are children going into care because of benefit cuts; how almost half of all kids in certain parts of Bradford are living in poverty; and how the situation is leaving some people with no choice but to put their kids up for adoption.

But by bringing people from different walks of life together, HRAG has helped to foster unity in the face of very divisive government policies.

The Conservatives’ benefit cap idea received criticism from the very start. The New Statesman insisted in 2013, for example, that the cap would “punish large families and increase child poverty”, “cost more than it saves”, “increase homelessness and do nothing to address the housing crisis”, and “encourage family break-up”. It also stressed that an “out-of-work family is never better off than an in-work family”.

These are very much the realities HRAG talks about. Speaking about the 2017 benefit cap, the group told The Canary:

The cap – which limits the income households receive in certain benefits – has been reduced from £26,000 a year to £20,000 a year outside London. This is a tax on the poorest people in our society. Those who can afford it least, who struggle to make ends meet, for whom poverty is a daily reality of going without what others take for granted, are being punished for no reason.

The  benefit cap has faced opposition from politicians and even judges. It has essentially meant taking some or all of people’s rent money away. All of this has come at a time when Britain’s housing crisis has seen the amount of rent which tenants pay more than double in the last decade.

In 2013, the government introduced a cap on the amount of housing benefit people could receive. It reduced this even further with the 2016 Welfare Reform and Work Act. Between 2013 and 2016, 76,200 [pdf, p1] households were capped.

The DHP is a pot of money set aside to help those targeted by the cap. But it is nearly gone, and a lot of families applying have not got anything. Others are being told that, unless they stop having any ‘luxuries’ (like internet access – which supports their children’s learning), they can get no DHP. Bradford is one of the lowest council tax bands in the country, and that is where the DHP budget needs to come from.

And it is people with children who have suffered the most. In June 2017, the High Court even ruled that the cap affecting lone-parent families with children under two could [pdf, p1] do “real damage” and cause “real misery” with “no good purpose”. A Department for Work and Pensions (DWP) spokesperson said: “Work is the best way to raise living standards… The benefit cap incentivises work, even if it’s part-time, as anyone eligible for working tax credits or the equivalent under Universal Credit, is exempt. Even with the cap, lone parents can still receive benefits up to the equivalent salary of £25,000, or £29,000 in London and we have made Discretionary Housing Payments available to people who need extra help.”

HRAG has a number of achievements under its belt already. It has met two local MPs, and Bradford Council has invited it to influence policy decisions. It has done three conferences to help bring light to the situation that benefit claimants are going through. And it is confident that many people in Bradford are now aware of its existence and know they can reach out if they need support.

But the group isn’t going to stop there. It wants to spread its experience elsewhere, sharing its knowledge with other communities in Britain that are struggling. It told The Canary:

This is the start of a movement for poor people who want to fight back and dispel the myths that they are lazy, cheating, lying scumbags. This year, we will organise a conference for people affected by the cuts. We will agree on a goal and an action plan to put pressure on the government to end its targeting of poor people.

In the meantime, it is clear about what it wants.

HRAG has come up with the following recommendations for the government:

The group is not going away, and it is committed to carrying on fighting against the shameful government attacks on some of Britain’s most vulnerable people. It will also keep exposing the all-too-real results of this assault, and the damage it’s causing to British society.

In this task, it is not alone.

– Would you like to help build a unified movement? To learn from HRAG and set up a sister group in your local community to help challenge government attacks on the welfare system, please get in contact with Julie Longden on 07783946300. Alternatively, see the Hope Rising Action Group page on Facebook.

– Read the article A group exposes desperate stories of poverty in Britain the government doesn’t want you to hear.