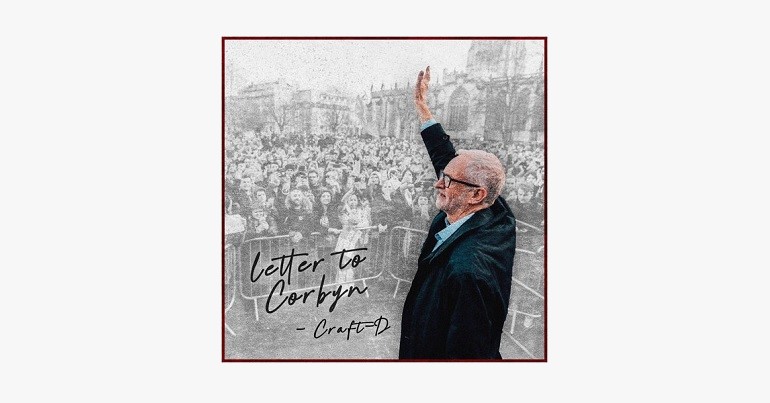 Jeremy Corbyn has not been far from the headlines in recent weeks. But a track dedicated to the former Labour leader from a Bristol-based artist has also made waves. And the man behind the top 20 hit says the current Labour leader has created a “mess” – and has slammed the “lies and smears” against Corbyn.

On 29 October, the Labour Party suspended Corbyn. As The Canary’s Sophia Purdy-Moore reported at the time, this was:

‘in light of his comments’ in response to an investigation into antisemitism in the Labour Party. The Equality and Human Rights Commission (EHRC)’s investigation… found Labour responsible for ‘unlawful acts of discrimination and harassment’ in its handling of allegations of antisemitism.

In his statement following the release of the report, Corbyn said he regrets it took ‘longer to deliver that change than it should,’ but that… ‘the scale of the problem was also dramatically overstated’.

It was this response that caused the Labour machinery, and its leader Keir Starmer, to remove the whip from Corbyn. Since then, there has been outcry from Corbyn’s supporters, and more than a bit of glee from his detractors. Organisations like Jewish Voice for Labour have come out in support of him. Then, on Tuesday 17 November, Labour’s NEC reinstated Corbyn to the party.

But on Wednesday 18 November, Starmer said he would not be giving Corbyn the whip back:

In those circumstances, I have taken the decision not to restore the whip to Jeremy Corbyn. I will keep this situation under review.

This means that he will have to sit as an independent MP in parliament. Once again, opinion has been divided over the issue. Some Corbyn supporters say that Starmer does not have the right under party rules to do this.

During this time, a song captured the imagination of Corbyn’s supporters – because its timing was perfect.

Craft-D is a poet and rapper. Letter to Corbyn was originally a track he shared on social media.  Craft-D also sent the lyrics in letter form to Corbyn himself:

People on social media really got behind the song. So, Craft-D decided to release it as a single:

I'm releasing this single. 100%. It'll take 10 days and there are a few expenses. Here's a lil donation link for anybody interested:https://t.co/n1RaM58f2q

If there's any excess it will go towards a charity of Jeremy's choice, as will a % of streams/downloads. https://t.co/nnO1FwVNUD

Since then, it has blown up: hitting number one on the iTunes Hip Hop chart and peaking at number 12 on the overall one. You can stream/download the track on your preferred platform here or listen via Spotify:

So, The Canary caught up with Craft-D to discuss the track and what’s happened to Corbyn in recent weeks.

His reaction to the track’s success? Suitably conscious. Craft-D told The Canary:

I’m blown away by the success of the track, it’s all a bit wild. Obviously it’s great to see it booming in the iTunes chart. But most importantly there have been floods of messages and replies of people who related to the song and the lyrics; feeling empowered and voiced.

He says Letter to Corbyn came from a personal place he was at after the events of the past few years. It’s a situation in life many Corbyn supporters can probably relate to:

I wrote the song from a place of disempowerment and isolation, and its success has been a great reminder that so many people feel the same way. There is such an overwhelming love for Corbyn in this country and all the progressive policies he stands for. And since this is not represented in our mainstream media I wanted to make a song to express those sentiments.

Starmer: ‘living with the consequences’?

Indeed, people are still showing that love on Twitter in the face of Starmer’s removal of the whip. Craft-D believes that the now-Labour leader’s decision about Corbyn will haunt his tenure:

It’s an awful mess Starmer’s got himself into. I’m not too sure how he can best move forward. And I don’t want to present a strict point of view on what left-wing people should or shouldn’t do to support Jeremy. I’m no lawyer or politician. Empowerment is important; people need to feel they have a voice or platform, and that their freedom of speech is protected. Starmer’s decisions and comments regarding Corbyn are in breach of the EHRC recommendations. They’re also contradictory to his own previously stated views. But they’ve also caused deep hurt to the many Jewish supporters of Corbyn. Starmer will probably spend the rest of his time as leader having to live with the consequences. 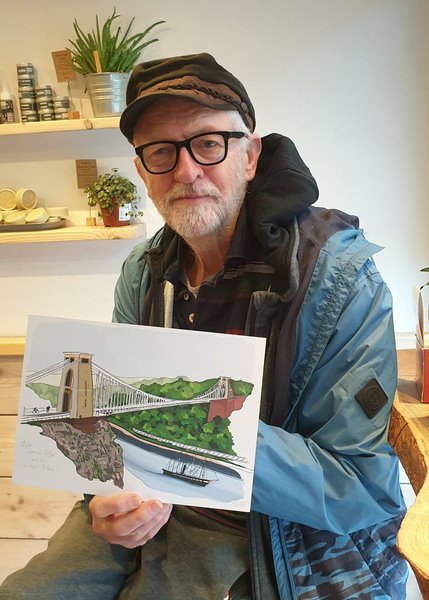 Yet still, Craft-D is hopeful some good can be the end-result of Corbyn’s story:

But I sincerely hope some unity can come from all of this, and that those who care about curing the ills of this shambolic and callous Tory government, helping our most vulnerable neighbours, combating racism and tackling the climate emergency, can find ways to come together to fight against the gross injustices being caused by the supremacy of a prejudiced few.

We need to remember what’s most important. So, we must hold dear the words of Jo Cox, ‘We are far more united and have far more in common with each other than things that divide us’.

The events of recent weeks may be crucial for many in the context of Letter to Corbyn. But they aren’t the track’s main driver. As Craft-D told The Canary:

The continued vilification of Corbyn, through lies and smears (all easily disproved), is a direct result of the threat he poses to a prejudiced, racist and structurally oppressive establishment. Really, the song isn’t about what’s happened to Jeremy in the past few weeks. It’s not about Keir Starmer. And it’s not about the Labour Party’s internal squabbles. It’s just a tribute to a decent, kind humanitarian. He’s one who will be looked back on very fondly as an ordinary man who never gave up his fight to try and empower the most vulnerable in our society and fight for the many. A man who’s inspired me and many others to continue fighting for a fairer society.

An unflinching ballad for our time

Letter to Corbyn is pitch perfect from Craft-D. Musically delicate and moving, lyrically evocative yet compelling, it sums up a moment in history for many thousands of people. But moreover, it represents not only the honesty and integrity of the artist but also the track’s muse. Wonderful, heartfelt, and an unflinching ballad for our time.