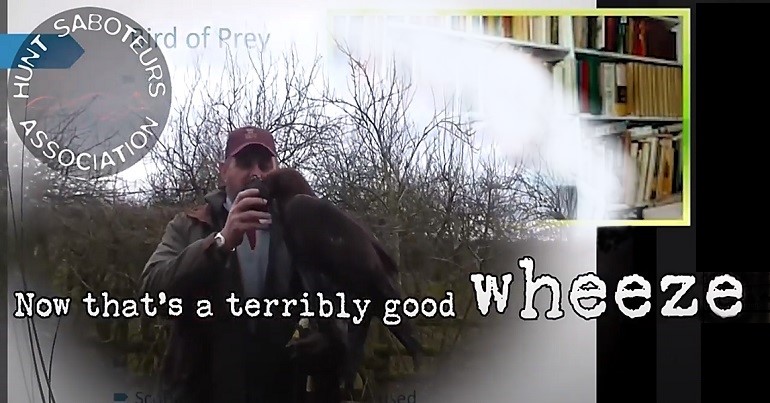 An anti-fox hunting group has published leaked pro-hunting webinars. It claims they show some of the leading people in UK fox hunting giving guidance on how to circumvent the law to hunt foxes.

But a leading pro-hunting organisation has denied any wrongdoing.

Fox hunting in the UK is a contentious issue. The Hunting Act became law in 2004. It made it illegal for people to hunt foxes and other wild animals with dogs. But as the Conversation wrote, the act has various get-out clauses for hunters. It noted that:

Moreover, trail hunting is also allowed. The Conversation said this is where:

hounds are supposed to follow an artificial scent trail with no animal chased or killed. In reality, hunt organisers use actual fox scent and lay routes deliberately close to where foxes are known to live, meaning they quickly become the subject of a hunt.

But the act of hunting and killing a fox with dogs for sport is illegal.

Now, the Hunt Saboteurs Association (HSA) has released webinars between pro-hunting people. The HSA claims that they show people explaining how to make use of these loopholes.

The Who’s-Who of fox hunting

The Hunting Offices says it is:

the central organisation which is delegated to run the administrative, advisory and supervisory functions of the Hunting Associations, which are the governing bodies. The Hunting Office’s purpose is to set and maintain high standards of conduct in the activity of hunting with hounds.

[It] is responsible for the administration of hunting across the UK and aims to promote and protect the interests of hunting and the hunting community.

In August, it held three Zoom meetings. These were reportedly attended by around 150 people. Attendees were what are known as “masters“. These are people in charge of organised hunts. Speakers on the Zoom calls included a Conservative peer, ex-police officers, and a senior member of the Countryside Alliance.

According to the HSA, the discussions included masters actively promoting ways to use the law to their advantage.

During one meeting, “overt trail laying” is discussed. That is making sure dogs are “seen to hunt” legal trails. This includes “clear visible plausible trail laying”. The speaker also advocates multiple trail laying to create a “smokescreen”. They also talk about making any trails “as plausible as possible”. This, they say, will “help you immensely”.

What I’m going to talk about tonight is lawful and it’s exempt hunting and trail hunting. OK, just in case somebody’s listening that shouldn’t be listening that’s what I’m talking about.

They also speak of people on hunts gathering video evidence of sabs. This, they say, is specifically if they are prosecuted:

what better than to produce a video to the court to say it wasn’t us encouraging the hounds on, it wasn’t our hounds in full cry, it was the gismo. It wasn’t an accidental kill because they interfered with the trail… what it will do is create that smokescreen or that element of doubt that we haven’t deliberately hunted a fox

Another speaker makes a point about video cameras. They say:

they’ve got a lovely big red button on them or you can have it on the button coming down your sleeve, and you can be selective as to when you turn the video recorder on and video recorder off. And the answer if anybody does ask why you’re doing that, well you’re.. preservation of the camera and the battery life of it… if we happen to look at proving lawful activity then the video footage will be taken of the Hunts following a trail and… stopping the hounds if they’re on pursuit of a fox.

The chair of this meeting noted that everything discussed was to be “kept amongst ourselves”.

During another meeting, the conversations took a similar path. One speaker appears to discuss clauses that can be used to show that hunting is legal. They say to use reasons such as “trail hunting which is our main card”. They also mention exercising the hounds and using birds of prey – which they call a “terribly good wheeze”; wheeze meaning a “scheme” or “trick”.

The speaker says that in terms of laying trails:

Don’t forget at the end of the day it’s a far more serious offence to commit perjury in court than it is to be prosecuted under the Hunting Act.

Another speaker calls the laying of trails “Plan B” for when sabs turned up. One speaker reminds people to ‘incinerate’ alleged roadkill fox carcasses that have been used to make trail scent.

The Canary asked Hunting UK and the Countryside Alliance for comment. This was in the context of the groups themselves and the individuals identified linked to them. Neither had responded at the time of publication.

According to the pro-hunting Facebook page This Is Hunting UK, the Hunting Office has released a statement in response to the leaks. It said:

The Hunting Office is facing allegations that training webinars run during August, were organised for the purposes of covering up unlawful hunting.

The truth is that two, hour long, Hunting Office webinars clearly dealt with the operation and promotion of legal trail hunting and managing animal rights activism. The allegation that they were organised to discuss covering up unlawful activities is totally incorrect and can only be made by taking a few individual short comments completely out of context.

As you will be aware hunts face almost daily spurious allegations of illegal activity from anti hunt saboteurs and professional activists, and therefore not only have to operate within the law, but also have to be able overtly to demonstrate that they are doing so at any time.

But the HSA stands by its verdict on the Zoom calls.