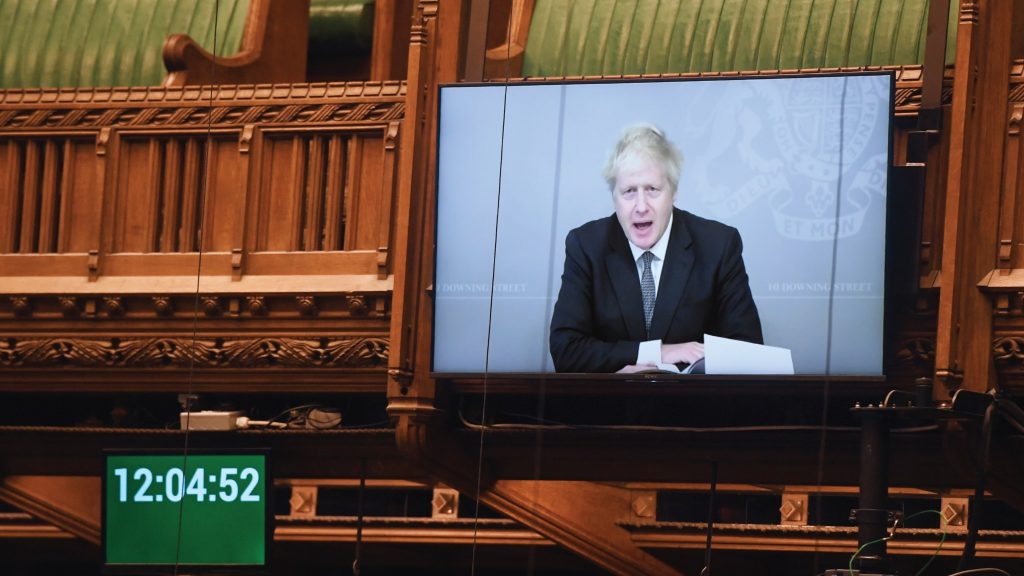 A government move to allow shielding MPs to participate virtually in Commons debates has been blocked by an MP who said it does not treat them like “grown-ups”. This happened on the same day that Boris Johnson attended Prime Minister’s Questions via video link.

Labour former minister Chris Bryant said a government plan to extend virtual participation to MPs who are certified by a GP as needing to shield for coronavirus (Covid-19) purposes does not go far enough.

Deputy Commons speaker Rosie Winterton explained that Bryant’s manuscript amendment effectively represented an objection to the motion and, as there was no time to debate it past 7pm, it therefore fell.

She told the Commons:

Under the established practice of the House a selected amendment to a motion which cannot be proceeded with after the moment of interruption constitutes an objection so the motion cannot be taken.

Currently, MPs can participate in Commons proceedings virtually only in departmental question times, or in response to urgent questions or ministerial statements, and they cannot take part in debates on legislation or other matters.

On Monday, Commons leader Jacob Rees-Mogg said the government plans to extend virtual participation to allow extremely vulnerable MPs to take part in debates until the end of March. But he said those living with someone in the vulnerable category would not be offered the same provision and faced pressure from MPs of all sides to go further.

Bryant said the government should table a new motion that allows “MPs to be grown-ups and make their own decisions” and self-certify that they are taking place remotely for any “public health reason relating to the pandemic”. In a subsequent point of order, he said:

The Leader of the House on Monday said that he was coming forward with the motion. The motion was tabled late last night without being notified to the Opposition or any of the members concerned, which is very, very unusual.

The motion is on the Order Paper this evening. We weren’t able to table any amendments or have any consultation on this whatsoever. That’s why I’ve tabled the amendment. It means it cannot go forward tonight. I understand from the Table Office that the Government has already said it will table exactly the same measure tomorrow [19 November].

I just don’t think that this is treating the House with respect. The honest truth is there should be no distinction between different members.

Lots of people have lots of different reasons why they would want to take part in debates.

If we go through this whole rigamarole tomorrow, and the Government tables exactly the same motion and I table exactly the same amendment, which I can assure you I will, then the motion will again fall tomorrow.

I think the House wants us to be able to progress that.

On the same day – 18 November – Boris Johnson became “the first prime minister in history to conduct his weekly question-and-answer session with MPs via video link”.