Call to support Kevan Thakrar, held in the 'most restrictive' conditions in the UK prison system - The Canary 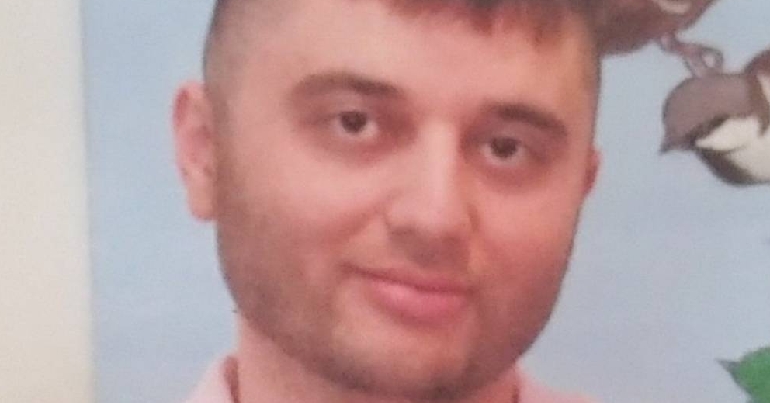 Campaigners are calling for action to support a vulnerable prisoner at HMP Full Sutton.

Kevan Thakrar has been imprisoned for over 13 years, 11 of which have been spent in the UK’s Close Supervision Centres (CSC), where prisoners face the “most restrictive conditions” seen in the UK prison system. CSCs are prisons within prisons, where people are kept isolated for years with very little human contact.

Over a decade of trauma

Thakrar was placed in the CSC system after he defended himself against a racist attack by prison guards in 2010. These shocking pictures show Thakrar’s injuries after the 2010 attack:

Thakrar was taken to court in 2011 accused of injuring the prison guards who were attacking him, but he was acquitted by a jury on the grounds that he was defending himself. Despite the acquittal, he has been subjected to more than a decade of extrajudicial punishment inside the CSC system. He has suffered PTSD ever since. This condition has been compounded by life in the CSC, and by repeated racist attacks by white supremacist prisoners which the prison authorities have failed to prevent.

However, Thakrar’s supporters maintain that he was wrongfully convicted and are campaigning for his release.

The Justice for Kevan website argues that Thakrar’s conviction was a “miscarriage of justice“, and states that he was convicted on the basis of flawed hearsay evidence. The campaign website wrote at the time:

The case from the beginning has been the subject of enormously intense media attention, almost entirely negative, speculative and prejudicial. Kev was not tried and convicted on ‘the evidence’, because, quite simply, there was none. Yet the treatment of the case by the media, and by those involved in the ‘investigation’ effectively closed off any chance of a fair trial, and Kev’s right to be presumed innocent until proven guilty was denied from the off.

Help get Kev out of segregation

Campaigners made the latest call to action after Thakrar was moved to Full Sutton’s Segregation Unit.

Thakrar has been a long term and vocal critic of the CSC system, so it’s hardly surprising that he’s being singled out for further punishment. He told a friend on the phone that he believes the move to segregate him is a retaliation by the authorities for his resistance to prison conditions. For example, Thakrar’s friends and supporters sent out a recent action alert demanding ‘Purple Visits’ (online digital visits). Throughout his sentence, Thakrar has also made consistent complaints against the prison authorities, as well as working with support groups on the outside such as the Anarchist Black Cross and Prisoner Solidarity Network.

Supporters claim that Thakrar is currently being held in squalid conditions in the Segregation Unit. According to the Justice for Kevan website:

he is now in a dirty punishment cell with no electricity, toilet seat or lid.

HM Inspectorate of Prisons has previously stated that toilets in prisons should have lids.

A friend who spoke to Thakrar on Tuesday 13 April confirmed to The Canary that there is still no electricity in his cell, even after almost a week in segregation, and that electricity was being denied as a punishment. Thakrar also said that the cell was very cold and his access to the telephone was being severely restricted.

Thakrar has been told that he’s been moved to the Segregation Unit because he hasn’t ‘engaged with services’ in the prison. However, supporters say that services haven’t been available since the pandemic started. He was moved to the segregation unit only one day before a scheduled video link “meeting with an independent psychologist”.

Thakrar is being subjected to even harsher measures than usual in the Segregation Unit. According to the Justice for Kevan website:

Kev has been put on the degrading ‘back wall unlock’ (where he has to stand facing the wall while four officers enter his cell) after false allegations were made against Kevan saying that he threatened officers. This is very triggering for his PTSD, as he has experienced previous racist abuse and physical violence from officers in 2010, and since a white supremacist stabbed and tried to kill him in 2019.

Thakrar told his friend over the phone that when officers want to enter his cell he has to stand against the back-wall of the Segregation Unit. Then he has to walk backwards towards the officers to be searched. He said that officers have threatened to attack him if he didn’t comply exactly with this procedure.

“Kev’s disability is not being acknowledged”

Ministry of Justice guidance seen by The Canary claims that prisoners have access to “healthcare and mental health support”. However, the call for action states that Thakrar is not being offered proper mental health care, something he desperately needs after a decade of degrading treatment in the CSC. According to Justice for Kevan:

Kev has no mental health support. There is no care plan in place and Kev’s disability is not being acknowledged. The Healthcare department is failing to take action.

Thakrar told a supporter over the phone that the CSC had instructed Spectrum Community Health, the prison healthcare provider, not to engage with him, so his needs are not being met.

The Canary contacted HMP Full Sutton’s governor and the Ministry of Justice to ask for a comment on the allegations. A Prisons Service spokesperson denied the allegations made by campaigners. They said:

These claims are untrue – services and support for prisoners have continued throughout the pandemic and cells are maintained to the standards required.

But campaigners argue that:

Demand for a transfer

Thakrar’s supporters are demanding that the prison transfers him to HMP Whitemoor immediately so he can get the care he badly needs. The call to action reads:

Kevan is requesting an immediate transfer to HMP Whitemoor where he can get more access to healthcare and support. He fears he will be kept in Full Sutton seg for at least two years and won’t allow this to happen.

The prison service’s CSCs have been widely condemned. Even the HM Inspectorate of Prisons admits that CSC prisoners are:

likely to be held for many years in the most restrictive conditions with limited stimuli and human contact.

HM Inspectorate of Prisons justifies the harsh treatment of CSC prisoners by claiming that these are the “most dangerous men in the prison system”. According to Thakrar, this allows CSC prisoners to be treated in a dehumanising fashion:

The ‘worst of the worst’ designation defines the inhabitants of the CSC as fundamentally ‘other’ and dehumanises, degrades and demonises us as essentially different from other prisoners. It provides an immediate, intuitive and unassailable rationale for the added punishment, extraordinary control and severe deprivation which prevail in the CSC. All the discomforts of life in a CSC unit have been brought upon prisoners by ‘our own behaviour’. The Prison Service’s frequent recourse to horror stories about prisoners’ dangerousness also helps to ‘shift’ the blame over anything that happens to us in the CSC onto ourselves. This technique of ‘condemning the condemners’ allows prison workers to further neutralise any criticisms of their policies and practices and to justify, to themselves and others, the harsh treatment of CSC prisoners.

Thakrar described the segregation cell where he is currently being held as “the place where they put you to abuse you and let you rot”.

Right now, Thakrar is calling for support to get him moved out of Full Sutton’s CSC, and to enable him to get the support he needs. It’s important we don’t forget about Thakrar – and other prisoners like him – who are facing an inhuman prison system which acts with cold impunity.

We need to look at the big picture too, and dream of a world without the injustice of the prison system. According to the Empty Cages Collective:

It may seem difficult – almost impossible – to imagine a world without prisons. Despite their relatively short existence within human history, prisons have become ingrained in our understanding of justice. It is taken for granted by most that the response to crime is incarceration. Those who call for the end of prisons, the abolition of the prison-industrial-complex, are often called utopian, crazy or worse. Such is the influence of the prison system that to challenge it is seen as absurd.

As abolitionists we want just that – to bring an end to the prison system and reduce the harm caused by the prison-industrial-complex. It is not as easy as simply tearing down the walls and emptying the cages though. Prisons are part of a wider social problem caused by inequality and oppression. Prison abolition involves creating alternatives to the punitive justice system that addresses the root causes of crime and challenging the oppressive forces present in society.

The suffering of prisoners is hidden from view by prison walls and barbed wire, and by the dominant mindset of our society. A mindset that holds that there is no alternative but the repression of this punitive prison system. It may seem difficult to envisage a world without prisons, but we owe it to the millions of people, like Thakrar, who are kept behind prison walls globally to envision and bring about such a world.

Featured image via Justice for Kevan (with permission)