Tory government's ridiculous claim that it's a 'world leader' on climate is proven wrong, again - The Canary 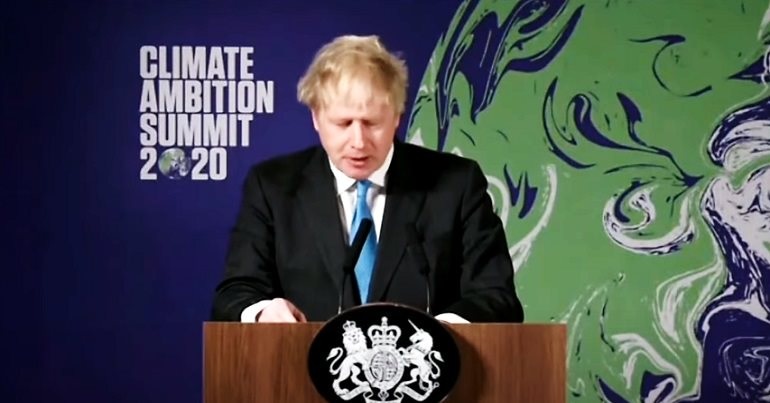 The UK government loves to describe itself as a ‘world leader’ on tackling the climate and biodiversity crises. Its actions, however, rarely live up to its rhetoric. A new report from the Woodland Trust is a case in point, as lays bare the dire state of the UK’s trees and woods.

One of the worst in Europe

The Woodland Trust’s report is called State of the UK’s Woods and Trees. As the title suggests, it’s a comprehensive assessment of the scale, condition and life-supporting capacity of the country’s woods and trees. It focuses primarily on native woods and trees because those are of the highest value in terms of tackling the “climate and nature crises”.

The report asserts that woodland cover has marginally increased since 1998, up to 13.2% of the UK’s land surface from 12% in 1998. But only half of this cover is made up of predominantly native woodland. Furthermore, the Woodland Trust says that only 7% of the native woodlands are “in good ecological condition”. Meanwhile, only 2.5% of the UK’s land surface is covered with ancient woodland, which is the most valuable in ecological terms. As the trust’s president Clive Anderson states in the report’s foreword:

we remain one of the least wooded countries in Europe. And we keep losing ancient woodland – ecologically our most valuable resource.

Fragmentation of woods, loss of trees and the wildlife dependent on them has been brutal.

When people talk about the ecological value of trees and woodland, they essentially mean their relationship value or potential. Because trees and woods support many lives other than their own.

As forest ecology professor Suzanne Simard has shown, for example, tree roots and fungi in forests are linked up underground in partnerships called mycorrhizas. These are essentially networks whereby trees can exchange vital things like nutrients, carbon, and water with each other. Often, those vital things flow from the older, bigger trees in the forest to the younger and smaller ones. As the New York Times reported, an old-growth forest is essentially “a vast, ancient and intricate society”.

Trees and woods also, of course, support countless species of wild animals by providing sustenance and homes for them. Native trees and woods are particularly important in this regard, as wild animals have evolved to depend on them. So the poor quality of the UK’s native woodlands, the small amount of ancient woodlands that remain, and the loss of trees outside woodlands that essentially link up wild spaces are all having a detrimental effect on wild animal populations.

This is illustrated by the fact that woodland wildlife is decreasing, despite there being an overall increase of woodland cover. The report notes that the woodland butterfly index saw a 41% decline between 1990 and 2019. Meanwhile, the woodland bird index declined by 29% between 1970 and 2018. Woodland plants aren’t faring well either. The broadleaved woodland and hedges index, for example, has dropped by 18% since 2015.

Trees and woods also support human life. They capture carbon from the atmosphere, which is vital in terms of tackling the climate crisis. Ancient woods are particularly important for this as they capture 37% more carbon on average than other woods. Woods and trees can also reduce flooding and pollution. As the report notes, they are vital for people’s health and well-being too.

In short, the Woodland Trust report shows that the UK is faring very badly in protecting and creating the sort of trees and woods that are the most vital to the country’s ecological health. It also documents the “barrage of coinciding threats” that remaining native tree cover spaces face, such as direct destruction, the changing climate, air pollutants, and diseases.

Government policy, or lack of it, is largely responsible for the sorry state of the country’s woodlands. One of the threats to these wild spaces, for example, is nitrogen air pollution. This is connected to the mostly unregulated emissions of ammonia from intensive animal agriculture.

Protection against direct destruction of remaining ancient woodland is also “weak and poorly enforced”, the report says. In some instances, the government has given its blessing to such destruction, as is the case with HS2. The high-speed rail project is due to leave no less than 108 ancient woodlands, along with hundreds of other wildlife sites, destroyed or damaged beyond repair.

Recently, the government’s own advisory body Natural England even granted a licence for HS2 to destroy the roosts and breeding sites of legally protected bats in one ancient woodland, Jones Hill Wood. Around half of the wood will be razed to the ground by the project.

The Department for Environment, Food and Rural Affairs (Defra) has responded to the Woodland Trust report. A spokesperson said:

We have committed to increase woodland creation across the UK to 30,000 hectares per year by 2025, as well as protecting existing woodlands.

This is empty rhetoric from Defra. Unless the government has redefined the word ‘protecting’ to mean ‘destroying’. Meanwhile, though the government may have ‘committed’ to increasing woodland creation to 30,000 hectares per year, the Woodland Trust found that it is “failing to reach anywhere close” to that target yet. Plus, as the trust’s Chris Reid says:

Clearly, the government is dramatically failing at ensuring existing native and ancient woodland is protected, in good condition, and connected. So the only ‘world leading’ example it’s setting is a very, very bad one.