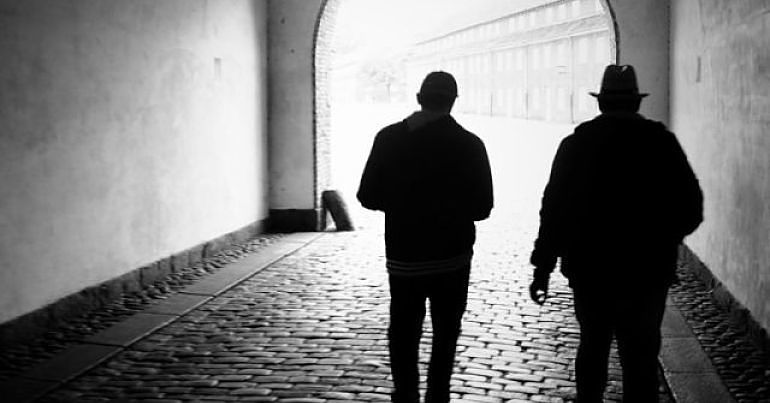 A UK company linked to MI6 that spies on global environmentalists is headed by intelligence operatives, whose past activities include infiltration of activist organisations.

On 23 October, openDemocracy ran an exclusive investigation on how British Petroleum contracted surveillance company Welund to spy on environmental activists.

Welund’s clients are: “from a wide range of industries including, banking, energy, retail, aviation, pharmaceuticals, construction and law enforcement in Europe and North America”. It says its team of operators are based in the UK and North America and have formerly worked for intelligence agencies, the police, and academia.

The Canary has dug deeper. Welund is the trading name of Papea Ltd, whose registered directors include intelligence operatives Paul Mercer and Alan Fossey.

In 1994 Mercer published the Directory of British Political Organisations, which listed details of 4,500 political organisations.

Mercer claims he’s an expert on political protests and rioting, as this video of him (seated second from right) at a January 2011 talk on ‘street extremism’ shows:

Mercer was introduced by the chair as having infiltrated CND. Indeed, Mercer claims to have “covered” and “been on pretty well every major public order disturbance in London”, including the Poll Tax Riots of 1990 and Mayday 2001.

Mercer was “actively involved with environmental and animal rights campaigns in Nottingham, including Nottingham Against Incineration and Landfill (NAIL)”. He also “involved himself in the anti-roads movement including protests against the M11 in Claremont Road”.

According to documentation provided by the Sunday Times, Alan Fossey, now a Welund director with Mercer, was one of “a number of individuals [who] had been passing information to Evelyn le Chêne in the mid-1990’s” about CAAT.

Martin Hogbin, another undercover agent, also worked for le Chêne and her company Threat Response International (TRI), which was contracted by BAE. Hogbin even became a paid member of CAAT’s staff – working as their campaigns coordinator for several years.

Le Chêne recruited “at least half a dozen agents to infiltrate CAAT’s headquarters at Finsbury Park, north London, and a number of regional offices”. Altogether, the reports TRI compiled:

enabled BAe to build a large file of activists’ names, addresses and telephone numbers as well as always keeping fully briefed on their meetings, demonstrations and political contacts

In 1986, lord Alun Chalfont wrote an introduction to Mercer’s book, Peace of the Dead – The Truth Behind the Nuclear Disarmers. Chalfont said the book was “an indispensable work of reference” for “the increasing number of people in this country who regard CND as at best a chronic nuisance and at worst an insidious danger”.

This author exposed Chalfont as being affiliated with Zeus Security, a private surveillance agency that oversaw the spying of nuclear power plant Sizewell ‘B’ protesters. The surveillance was conducted on behalf of Westinghouse, which supplies nuclear power stations. Once Chalfont’s link with Zeus was revealed, he resigned his position as head of the Independent Broadcasting Authority.

Welund’s operations are by no means confined to the UK. According to Mother Jones, Welund spied on Greenpeace and Occupy Wall Street. Mother Jones adds that Welund:

appears to have worked on behalf of clients involved in some of the most controversial projects currently moving forward: Dominion’s Atlantic Coast Pipeline, designed to carry fracked gas from the Marcellus Shale in West Virginia to processing facilities in Virginia and North Carolina; and the Trans Mountain Pipeline, which would greatly expand the capacity for shipping tar sands oil from Western Canada.

Canada’s National Energy Board also contracted with Welund to “monitor social media activity and provide the government with weekly updates on activist threats”, according to Mother Jones.

According to a Greenpeace report, Welund provided intelligence to Austrian oil and gas company OMV.

The openDemocracy revelations come as the UK government is seeking more powers to criminalise protests, particularly those carried out by Extinction Rebellion (XR) and Black Lives Matter.

As The Canary previously reported, the Police, Crime, Sentencing and Courts Bill, currently going through the House of Lords, seeks to:

ban protests that block roads around Parliament. It also allows the police to impose conditions on one-person protests. And it will introduce a new offence, punishable by up to ten years in prison, of ‘public nuisance’ for actions that cause “serious distress”, “serious annoyance”, “serious inconvenience”.

In January 2020, the Guardian revealed that Greenpeace, Campaign for Nuclear Disarmament, and XR were listed on a “counter-terrorism” document. The document was produced by Counter Terrorism Policing and used for training purposes for the Prevent programme.

In March 2020, it was recommended that the Greater London Authority purchase a 12 month subscription to Welund so that the Mayor could access information on “protests, events and demonstrations”. The GLA agreed to proceed with the subscription without competitive tendering.

Welund claims to: “monitor the threats posed by international and domestic campaign groups, we assess their impact, and advise our clients about how to manage this risk, with continuously updated content and consultancy from our experts”.

Welund’s intelligence-gathering activities, funded by big corporations, can be found via its Twitter feed (though access to a full report is via subscription only). And while, as this article shows, the activities of Welund and its directors are not new, their activities sit cosily with the UK government’s legislation to clamp down on protests.

However, Welund – and the government – are not just out of step with current environmental and civil liberties concerns, but are on a very different trajectory. Indeed, by targeting grassroots democracy, Welund could be described as the real “enemy within“,