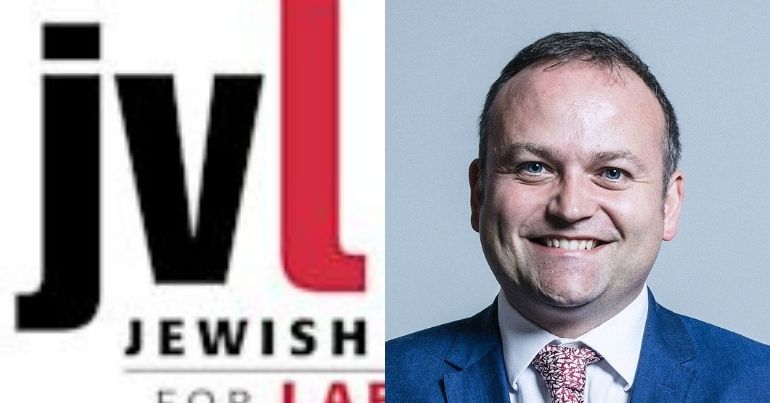 Prominent Jewish Labour members say their complaints about a centrist Labour MP’s antisemitic tweet is being stonewalled by the Labour Party. In July 2021, Neil Coyle MP approvingly quote-tweeted an article about four left-wing groups being purged by the party’s National Executive Council at the direction of Keir Starmer. Coyle said this didn’t go far enough, adding that 350 Jewish members of the Labour Party who are members of Jewish Voice for Labour are “Communists” and should also be expelled en masse from the Party.

Not far enough. JVL should be gone too. And other outright Communists who have their own political party/ies they can ruin. https://t.co/sLRk33dv17

The groups named in the article were Resist, Labour Against the Witchhunt, Labour In Exile and the Socialist Appeal. The Daily Mirror article reported that members of these groups would be expelled from Labour if they were also members of the party.

Sir Geoffrey Bindman QC, Professor Avi Shlaim and Harold Immanuel lodged complaints with Labour in September 2021 about what they argue is a clearly antisemitic comment from Coyle. But the trio said that four months later nothing has come of their complaints despite the Labour Party’s obligations to complainants.

Bindman is a British solicitor specialising in human rights law. He founded the human rights law firm Bindmans LLP and served as Chair of the British Institute of Human Rights. Additionally, he is a visiting professor of law at University College London and London South Bank University.

Shlaim is an Oxford professor of history and author of several books on Israel and Palestine.

In his complaint, Harold Immanuel detailed Coyle’s tweet before stating:

It breaches Labour Party rule 2.1.8 which requires the NEC to regard any incident which in their view might reasonably be seen to demonstrate hostility or prejudice based on race religion or belief as conduct prejudicial to the Party. In my submission no other view is credible.

Immanuel said that Coyle’s tweet drew on a long-standing antisemitic conspiracy theory that conflates communism, Judaism and other anti-Jewish tropes.

The antisemitic character of Mr Coyle’s tweet is reinforced by its identification of JVL members as “outright Communists”. As you know, this is a well authenticated antisemitic trope or slur rehearsing the myth of “Judaeo-Bolshevism” (Judaeo-Communism for the uninitiated) which dates at least from the Russian revolution of 1917 and has been a central part of the antisemitic lexicon ever since.

Immanuel said this form of conspiracy theory went beyond simply framing Jews as part of a plutocratic (wealthy) plot by combining different anti-Jewish tropes.  And that these became fundamental to the oppression suffered by Jews in the 20th Century:

It is not simply on a par with accusing Jews of being manipulative financiers and plutocrats but forms an equal part of the same conspiracy theory which is that Jews are both communists and plutocrats at the same time, two ways by which they seek a single objective of world domination. The trope played a fundamental role in the justification of the most murderous atrocities committed against Jews in the 20th century. In short, Mr Coyle’s tweet comes directly out of the world Jewish conspiracy playbook.

He did not find it credible that Coyle was unaware of the meaning and history of such language:

Professor Avi Shlaim’s complaint said this was a “crystal-clear” case of “racism”. He felt Coyle’s expulsion should follow as a result of the tweet. He said Coyle’s “diatribe against Jewish members” was “outrageous hate speech by any standards”:

This is surely an open and shut case of racism which calls for the severest censure. If this is not a crystal-clear case of racist antisemitism, I don’t know what is. Just compare what Mr Coyle said with the comments that led to Jeremy Corbyn’s suspension from the Labour Party. There is no comparison.

The only appropriate censure in my view is expulsion from the Labour Party.

Shlaim said that he was entitled to updates about the progress of his complaint:

Finally, as a victim of this complaint, I assert my right to updates on the progress of your investigation. Please note that data protection and confidentiality do not cancel this right.

He added that the comments were “disgustingly anti-semitic” and were the kind of thing said about Jews in Nazi Germany:

Mr Coyle’s call for the mass expulsion of all JVL members from the Labour Party is unmistakably, crudely, and disgustingly anti-semitic. By calling me and my JVL colleagues “outright Communist”, Mr Coyle adds insult to injury. This is the kind of thing that was said about Jews in Nazi Germany. It is shocking to hear it in this day and age and in the Labour Party of all places.

The complainants say they have heard nothing back since they submitted. Harold Immanuel detailed what he felt were Labour’s failings in terms of their own complaints procedure. And he said that the Party claims it will keep complainants updated if they are the victims. And that matters will be dealt with “in a prompt, transparent and fair manner”.

Since none of us have heard anything in over four months, it follows that they have been neither prompt nor transparent. Nor, by any reasonable measure, have they been fair to the complainants.

The hope is that the Labour party will now take disciplinary action against Coyle. Then, maybe, this would be a step towards Labour becoming the safe, respectful place for Jewish members that the party claims it wants to be.

However, JVL Co-Chair Jenny Manson highlights a recent article by Rachel Reeves MP, Shadow Chancellor of the Exchequer. In that article, according to Manson:

Reeves applauds the reduction in membership, including the many who have left horrified by the unjust investigation of false allegations of antisemitism; these investigations have involved at least 44 Jews. At the same time, a sitting Labour MP who has called for the expulsion of a Jewish organisation and has aligned Jews with communists, a long-standing and very threatening form of antisemitic abuse, has faced no action by the Party.

Neil Coyle MP and the Labour Party were contacted for comment but did not respond.