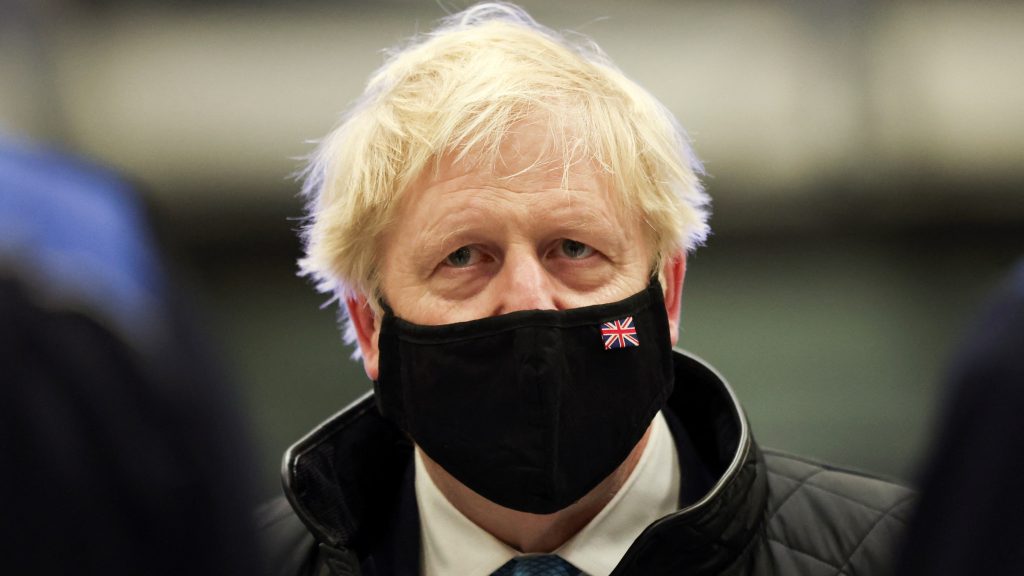 Scotland Yard’s intervention to urge Sue Gray to limit the publication of her investigation into allegations of lockdown-breaking parties in Number 10 has faced widespread criticism and fury. It’s also sparked accusations of corruption at the highest levels:

A stitch up between the Met leadership and Number 10 will damage our politics for generations and it looks like it is happening right in front of our eyes.

The Met scratching the PM’s back?

The Metropolitan Police asked the senior civil servant to only make “minimal reference” to the events that are now subject to a criminal investigation, throwing her report into disarray and potentially buying more time for Boris Johnson as he faces a threat to his leadership. The force argued the constraints on the Cabinet Office report are necessary to “avoid any prejudice to our investigation”, meaning it faces being watered down or a lengthy delay.

Ken Macdonald, the former director of public prosecutions (DPP), said the move seems “disproportionate” in the face of “very powerful” public interest in the report’s swift publication, unless there is “more serious conduct” being investigated. Others have also questioned the situation:

Veteran Tory MP Roger Gale, one of the Conservatives to call for Johnson’s resignation, described it as a “farce” which could buy more time for the “lame duck” prime minister. Gale described the police intervention as “ridiculous”, saying:

Unless there is a legal barrier to Sue Gray publishing her report then I believe that it should be published now and in full.

The Tory argued the soaring cost of living and Russian aggression towards Ukraine require Johnson’s “full and undivided attention”, but instead he is “a lame duck Prime Minister that is soldiering on”.

Opposition politicians warned of a “stitch-up” amid growing calls for the official report into potential coronavirus (Covid-19) breaches in Downing Street and wider government to be published in full, with it having the potential to trigger a vote of no confidence in Johnson.

"It's an utter fiasco and it's got to stop."

In a statement on the morning of Friday 28 January, Scotland Yard said:

For the events the Met is investigating, we asked for minimal reference to be made in the Cabinet Office report.

The Met did not ask for any limitations on other events in the report, or for the report to be delayed, but we have had ongoing contact with the Cabinet Office, including on the content of the report, to avoid any prejudice to our investigation.

The statement indicates Gray will either have to make significant changes to her report before publication or delay it until after the police inquiry concludes.

It's not just Boris Johnson who would likely have been implicated by Sue Gray's report, but the Metropolitan Police too. We already know Downing Street police officers spoke to Gray about what they saw at the time yet the Met took no action. https://t.co/1lvSoJWdrv

In 2021, Dick denied the Metropolitan Police Force was “institutionally corrupt” following an eight-year probe that found the force to be institutionally corrupt. Johnson has also been accused of “corruption”, and in 2021 backed Dick to remain in her position despite considerable backlash. Labour leader Keir Starmer has also come out in support of Dick:

Keir Starmer says he doesn't think Cressida Dick should resign, while home office source says Priti Patel has full confidence in her. Seems the immediate heat is off, but still major questions to be answered.

At the point when Johnson defended her continued position, Starmer said:

Cressida Dick is fit to continue

This was after the probe found the Met to be institutionally corrupt under Dick (and before her). Starmer added:

I’ve worked with Cressida over many years in relation to some very serious operations when I was director of public prosecutions. I was pleased that her contract was extended and I support her.

“A bit of a mystery”

Lord Macdonald said there is a “very powerful public interest in the speedy publication” of the Gray report, arguing that although it could “tip off” potential suspects or witnesses, they are likely to be issued with fixed penalty notices not requiring a trial. He told BBC Radio 4’s the World at One programme:

He conceded that if she found, for example, the “co-ordinated deletion of emails or text messages, this could raise the stakes” requiring the police to have more space. He concluded:

But absent of that sort of factor – and that’s pure speculation – this does seem to be a very cautious, perhaps overly cautious, move by the Met in the face of a very powerful countervailing public interest for publication.

Unless there is some other more serious conduct in play here that we’re not aware of, I do think the police approach this morning has been surprising and in many ways quite unhelpful.

The risk of the police intervention this morning is that this leaves things hanging in the air for weeks and months and that seems obviously not to be in the public interest.

Sources close to the inquiry have previously indicated Gray was concerned about the prospect of releasing a report that was shorn of some of its key findings, raising the likelihood of a significant delay. Officers have not confirmed how many events they are investigating, but reports have suggested it could be as high as eight.

I am not a criminal lawyer so perhaps I am missing something. How would a factual civil service report about events the police is investigating "prejudice" their investigation?

Government minister Chris Philp said “between Sue Gray’s report and the police investigation, everything will be fully covered”, insisting to broadcasters that “the Government aren’t interfering with it”.

Labour leader Starmer, another former DPP, called for the full report to be published “as soon as possible” but failed to criticise the Met, saying “any issues of prejudice have got to be worked through”.

Fran Hall, whose husband served in the police for more than three decades before dying with coronavirus, accused the Met of letting bereaved families down as the Gray inquiry becomes “a circus”.

The spokesperson for the Covid-19 Bereaved Families for Justice said:

It’s incredibly painful and they have let families like mine down. My husband was completely committed to justice, and he would have been appalled by this.

SNP Westminster leader Ian Blackford called for the report to be published “in full and undoctored without further delay”. He added:

People are understandably concerned that this increasingly looks like a cover-up.

This is absolute nonsense from the Met Police
A purely factual report by Sue Gray cannot possibly prejudice a police investigation
They just have to follow the evidence, of which the report will be a part https://t.co/RrRLe5BEYq

Downing Street said it had not had any conversations with the Met or the Cabinet office over what can be published.

So far seven Tory MPs have publicly called for Johnson to quit, but others are believed to have done so privately in letters to the chairman of the Conservatives’ 1922 Committee. If the number of letters received by Graham Brady hits 54, representing 15% of all Tory MPs, then a vote of no confidence in the prime minister’s leadership is triggered.

Johnson would have to then win the support of half of Conservative MPs in order to stay in No 10.