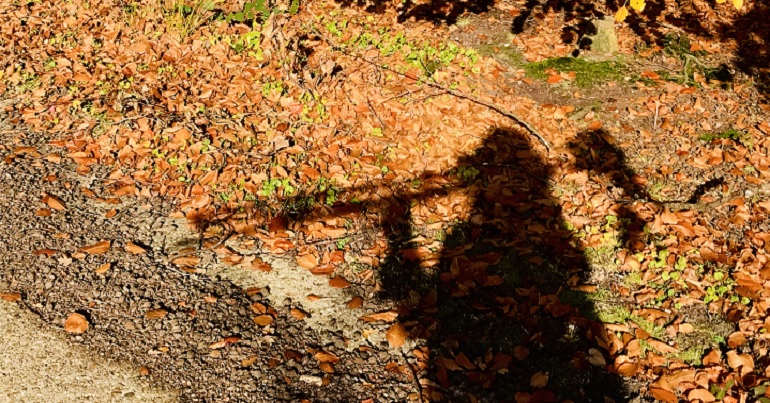 A teacher has written a new book that offers an alternative view of mental health therapy. But far from being another exercise in ‘thinking happy thoughts’, the book comes at treatment from a whole new angle – that of bird watching.

Joe Harkness is a Special Educational Needs (SEN) teacher. But after having a mental health crisis in 2013, he discovered that bird watching was one of the best therapies he had found to find peace within himself. He decided to put pen to paper and has written a book about his experience of what he calls ‘Bird Therapy’ as a treatment. Now he just needs to crowdfund to get it published. So, The Canary caught up with Harkness to discuss a breakdown, a breakthrough and some ground-breaking along the way.

Harkness comes from a single parent, council house background. He says his father “rejected” him when he was just eight; something which he believes led him to a point in 2013 when he had a breakdown. Harkness thinks his breakdown was “a culmination of years of denial and self-medication”:

Issues with drugs and alcohol had provided a mask to hide behind – but breaking down was always an inevitable conclusion. I suppose that some of my issues stemmed from my rejection by my father; I could pin them on my socio-economic background. Whatever it was, I now accept that something wasn’t ‘right’ from the age of 16 – but it took 10 years for me to implode and actually do something about it.

His doctor diagnosed obsessive compulsive Disorder (OCD) and acute anxiety, and prescribed antidepressants. But this was all the NHS offered Harkness initially; he got low-cost counselling through his local Mind charity and had to wait two years to get on an NHS mindfulness course. Otherwise, he felt that the services offered were “less-than inspiring”.

It was during the mindfulness course that he discovered bird watching. Or, as Harkness recalls, “rediscovered” this hobby:

As a child, I spent a lot of time with my granddad and he would point birds out to me. I distinctly remember him showing me great crested grebes, and pointing out kestrels hovering by the roadside as we drove around together. It wasn’t until my breakdown, whilst I was off work, that I discovered how great it felt to be in the outdoors.

As an adult, I was walking across a field in Norfolk with my partner one day when we saw two buzzards calling to each other and swooping in display flight over a distant treeline. Being in a state of ‘recovery’, I found the experience wholly uplifting and soon sought similar feelings from the outside world. 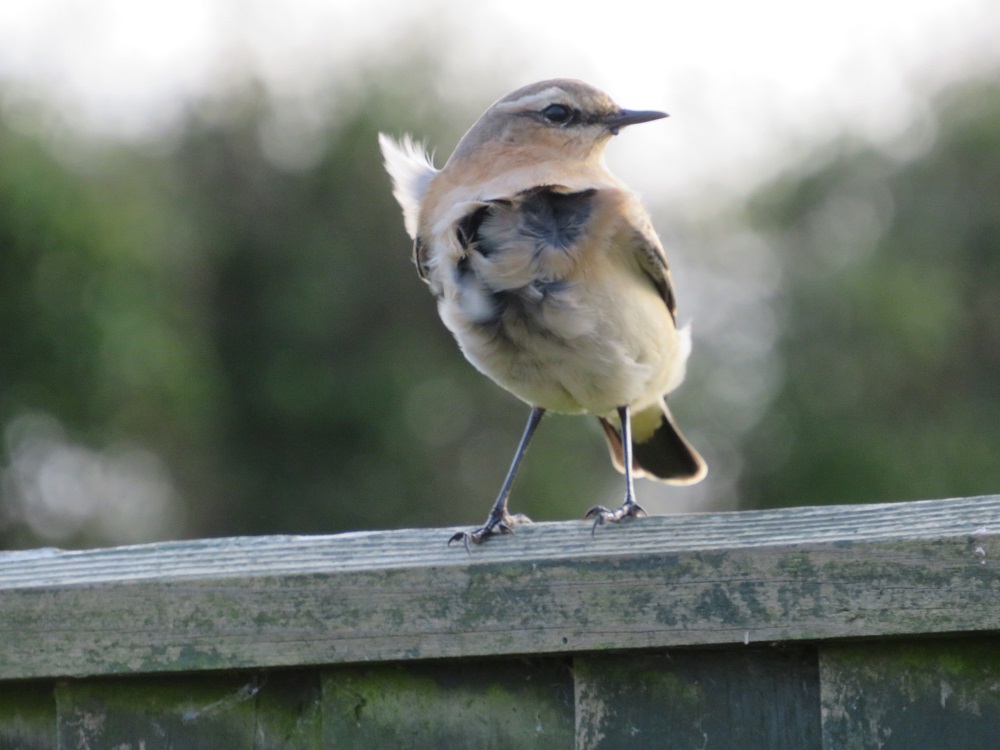 After Harkness took his granddad out bird watching, as a late birthday present, he soon realised that something special was happening:

I began to immerse myself into the hobby more and more – as I said – this ran alongside other therapies and taking anti-depressive medication. I started to notice an obvious improvement in my thought processes and overall mood; then I made the correlation with bird watching.

It was by accident that Harkness realised bird watching could work as a form of therapy. The discipline, organisation and routine of keeping bird watching records was a positive outlet for his OCD. The connection with nature, the seasons and the changes in the environment worked as mechanisms for Harkness to find an inner peace with his place in the world. This kept him grounded. The multi-sensory experience of bird watching worked hand-in-hand with mindfulness. And the quiet and the space helped him gather his thoughts and reflect.

The more Harkness explored his Bird Therapy, the more he realised its potential. He found that other people online had similar experiences with the hobby but hadn’t connected it to their mental health. So, he thought “I could be the person” to connect the two and started a blog. He told The Canary:

It’s a powerful, albeit, niche message and I was prepared to share some of my darkest experiences to bring light to other people… A few friends said I had a ‘way with words’ so I decided to expand my research and my blog into a book – the writing of which was therapeutic in itself. 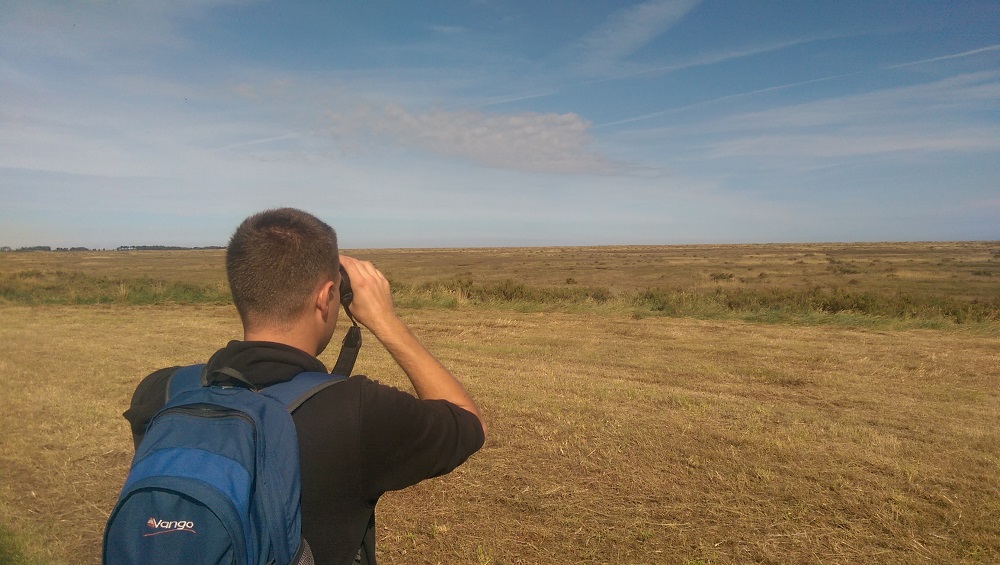 In the book, Harkness says readers will find:

Quotes, anecdotes and ideas. There will be dark moments and then others filled with light – and birds. You will be introduced to existing research and read profound words people have shared with me. We will walk down to the frozen lake at my patch in winter and then out onto the heath on a June evening – ethereal nightjars swirling around our heads in the half-light… Each chapter ends with some practical tips to take away and apply to your own bird watching and nature experiences.

Many people who live with mental health issues will know that any new ideas on how best to manage are often gratefully received. Currently, the NHS offers treatments and therapies for depression and anxiety such as mindfulness and cognitive behavioural therapy. In conjunction with this, antidepressants are often prescribed.  But Harkness believes that much more can be done with ‘social therapies’, because, he says “we are becoming more disconnected from nature as a society”.

A creeping disconnect from society

This disconnect from our natural environment could also lie at the heart of why so many of us experience mental health issues. As I previously wrote for The Canary, there is a school of thought that mental health-related illnesses, like addiction, are a reaction to the horrors of the global, capitalist system we live under.

Journalist and author Naomi Klein believes that addiction, for example, runs deeper than just escaping capitalism and its horrors. She thinks it is also a response to a globalised society that “systematically severs connections… from one another and from our natural surroundings”.

But British journalist Johann Hari takes these ideas one step further. He believes that it’s not just alcohol and drugs that our capitalist, globalised society makes people addicted to. But anything that offers a form of escapism and shelter from the horrors of the globalised world:

We live in a culture where people feel really increasingly vulnerable to all sorts of addictions, whether it’s to their smartphones or to shopping or to eating.

The nature of globalisation

Harkness seems to broadly agree. He told The Canary:

As an SEN teacher, I often encounter families from deprived areas and there are clear links between socioeconomic status and mental health. Consumerism and technology play a huge part in this – almost scarily so. The world we live in now is very different from the one I grew up in and I’m still relatively young. It’s sad that in a society that is better ‘connected’ than ever, that so people are marginalised and dissociated. I especially see the competitive nature of consumerism amongst the younger people I work with, they are consumed themselves. 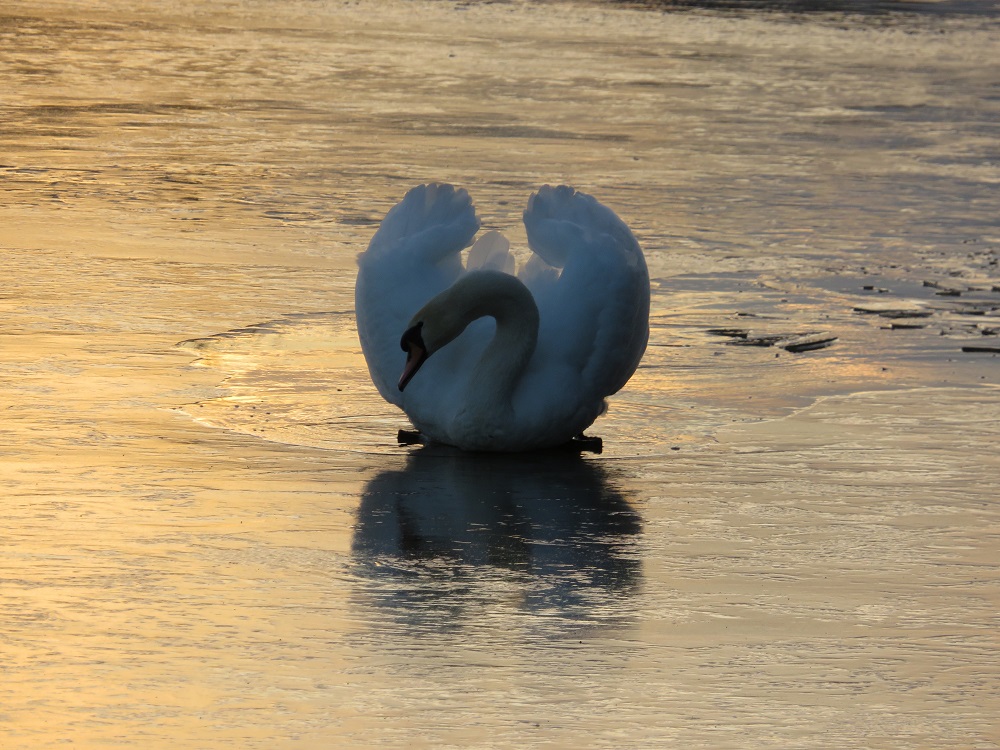 This marginalisation and dissociation is what Bird Therapy does, in part, aim to relieve. It’s radical stuff; but steeped in logic. Because no one can deny that one of the keys to good mental health is finding inner peace within yourself. And it’s this which Harkness believes bird watching gives:

When I go to my bird watching patch and walk out onto the heath, the ‘real’ world dissipates – I’m in my world. A world pervaded by the scent of coconut gorse and punctuated by the serenading song of skylarks above. The heat haze bounces up from the crop fields and flickers along distant tree lines. I’m immersed. I’m me again and I’m a million miles away from the chaotic trappings of everyday life. Perhaps this is one of the real reasons it has been so effective for me.

So, lose your preconceptions about ‘twitchers’. Because, as Harkness shows, bird watching could revolutionise the way we view mental health therapy.

Featured image and all additional images via Joe Harkness