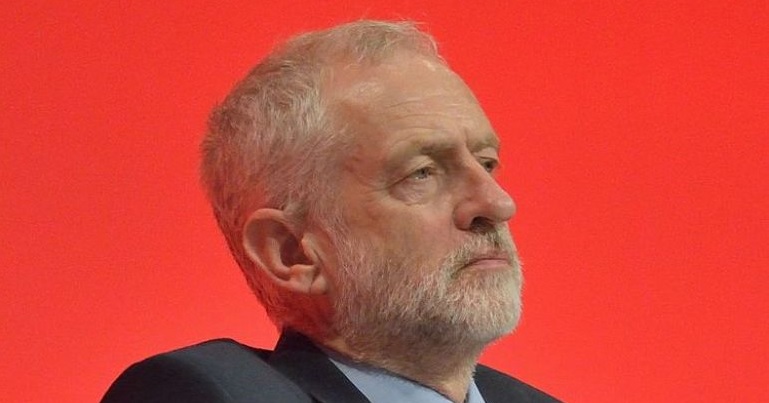 Four years ago, Jeremy Corbyn predicted that the Windrush scandal could happen. Corbyn was one of just 18 MPs (‘including the tellers’, who aren’t counted in the final vote) to vote against the 2014 immigration bill that paved the way for the removal of citizenship rights of the Windrush generation.

At the time, the MP for Islington tweeted:

The Immigration Bill has a very dangerous new clause which allows the Home Secretary to remove citizenship and thus create stateless people.

At the request of the post-war British government, many people moved to the UK from the Caribbean to help rebuild the country in the 1950s and 60s. This was the Windrush generation. But now, stricter immigration rules mean they must produce documentation that they don’t have in order to prove they are in the UK legally. That’s despite living and working in the UK for around 50 years. In 2014, Corbyn warned that the immigration bill could open the door to a ‘stateless generation’.

“A very dangerous thing for any parliament to do”

Corbyn, shadow home secretary Diane Abbot and shadow chancellor John McDonnell were among only six Labour MPs to defy the whip and vote against the bill. Rallying against the proposals in parliament, Corbyn said:

I will vote against the Bill on Third Reading for a large number of reasons. We have ordained that the Home Secretary will have executive power to take away citizenship in the future and to create a generation of stateless people. The handing over of that power is, I think, a very dangerous thing for any Parliament to do.

The government has now denied many of the Windrush generation NHS treatment. Corbyn also warned about this, among other “serious concerns”:

We have a number of other serious concerns about the Bill, such as those covered in the points raised by my hon. Friend the Member for Hayes and Harlington (John McDonnell) about the forced removal of people; the death of Jimmy Mubenga, which was mentioned by the hon. Member for Brent Central (Sarah Teather); the use of the detention system; the denial of health care access; the problems of forcing landlords to become agents of the Home Office; and the reality of life for those people who have legitimately sought asylum in Britain and are starving on the streets of our cities because we do not have a system in place to give them proper support.

Meanwhile, 2015 Labour leadership candidate Yvette Cooper described some of the proposals as “sensible”.

The backbencher turned Labour leader, rounded off by saying:

The Bill does not answer any of those problems. It is based on prejudice and headline chasing and has nothing to do with the real needs of people who are desperately seeking support, help and assistance rather than the cold behaviour shown by the Government today.

In 2014, it seems the Conservative government was pandering to the UKIP vote with little care for the consequences. Whereas, Corbyn was on the right side of history yet again. Unfortunately, you wouldn’t know it looking at the corporate media coverage. This is why we need to get the message out ourselves.

This article was updated on 22 April to change the number of MPs who voted against the bill from 16 to 18 to include the tellers.