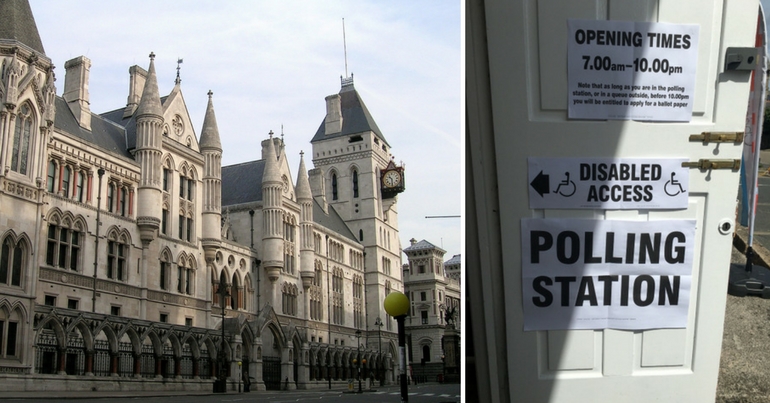 Three politicians with disabilities have launched legal action against the government over its failure to restore the access to elected office fund.

The fund was set up in 2012 under the coalition government. It offered grants of up to £40,000 to people with disabilities to enable them to meet the additional costs of standing for elected office. The money covered costs such as paying for carers, transport or sign language interpreters.

However, the fund was frozen after the 2015 general election. In June 2015, Labour MP Kate Green asked Caroline Dinenage about the fund. Dinenage replied that the fund was being evaluated and that:

The report will be completed this month, when final claims have been settled for candidates who stood in the May 2015 General Election and Local Authority elections.

Over a year later, in September 2016, and with no sign of the report, Green MP Caroline Lucas asked a similar question. She was told:

An evaluation of the pilot fund is currently being undertaken and will be published when an announcement about the future of the fund is made in due course.

Lucas asked the same question in June 2017 and was given the same answer. When she asked for a third time, in December 2017, she was simply referred back to the answer to her previous question.

Now three politicians with disabilities are taking legal action against the government. They say the closure of the fund is:

…unreasonable, in breach of legitimate expectations, constitutes unequal treatment and is contrary to the requirements of the Equality Act 2010.

Green Party candidate Simeon Hart stood for parliament in 2015 after the fund was closed. He said:

As a Deaf candidate I had to pay for a British Sign Language interpreter to accompany me whilst campaigning, sometimes up to 15 hours a day.

I set up a crowdfund online but this only raised a fraction of the money I needed, so I was at a massive disadvantage.

Having a disability can mean additional financial barriers but that should not block us from taking part in the democratic process.

Labour’s Emily Brothers and Liberal Democrat David Buxton are also part of the legal action. Brothers also stood for parliament in 2015. She said:

It’s absurd that the fund has been closed for longer than it was open.

There are only five MPs in parliament with a disability and to be representative, there should be at least 123 of us.

The Equality and Human Rights Committee has urged the government to re-open the fund. Caroline Lucas has tabled an early day motion. And a petition has been launched.

Yet in its response to the latest question, the government completely fails to mention the fund. It’s no wonder that politicians with disabilities are resorting to law.