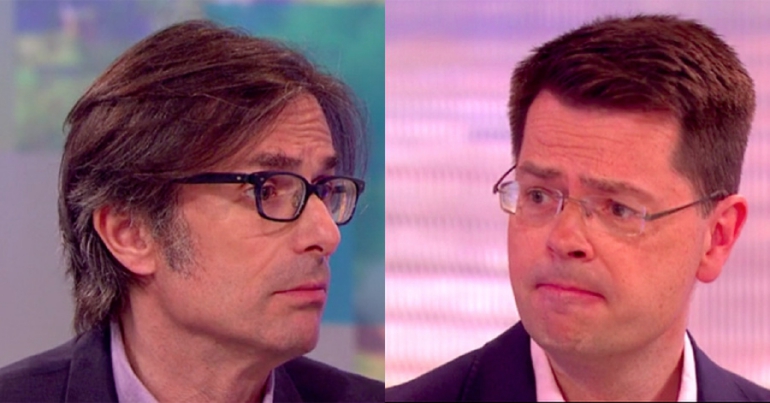 In its continuing unsuccessful attempts to shift the blame for the Windrush controversy, a Conservative MP has launched the most absurd defence to date. The party now claims the Labour Party is at fault for the ‘hostile environment’ that contributed to the suffering of those affected by the Windrush scandal.

By this point, you might be wondering how Labour was able to design and implement policy while not in government? According to Conservative MP James Brokenshire, the phrase was first coined in a Labour policy paper [pdf, p7] in 2010, and so the Conservative Party is not to blame.  During an interview with Robert Peston on 22 April, Brokenshire stated:

… the actual term “the hostile environment” was actually coined not by the Conservative goverment but actually first coined by a Labour government.

But it wasn’t just the government trotting out this excuse. The line was also rolled out [pdf, p2] on the BBC by Nick Robinson during his interview with Emily Thornberry on The Andrew Marr Show. After Thornberry used the phrase “hostile environment”, Robinson said:

First used by Labour in government. I’ll quote it to you if you like. Was used by the UK Border Agency in February, 2010. “We are making the UK a hostile environment for those that break our rules.” Under Labour.

It’s important to acknowledge that when it comes to immigration policy, Labour’s record is far from spotless. Under Ed Milliband, the party swung to the right on the issue with alarming attempts to appear tough.

Labour’s own failings aside, when it comes to policy and the consequences, the buck stops with the party in power. May has already been caught attempting to mislead the public by blaming Labour for the destruction of the Windrush landing cards. Furthermore, it was later revealed that she was not only in favour of the notorious ‘Go Home‘ vans but thought they were too soft. This latest attempt by a Conservative MP to shift the blame shows increasing desperation.

The Windrush scandal is a national disgrace. It’s hardly surprising that the government would be so eager to distance itself from any blame for the crisis. The fact remains though that this is the result of a policy devised, planned, and enacted under the Conservative government. Any suggestion otherwise is absurd and does nothing to help those affected.