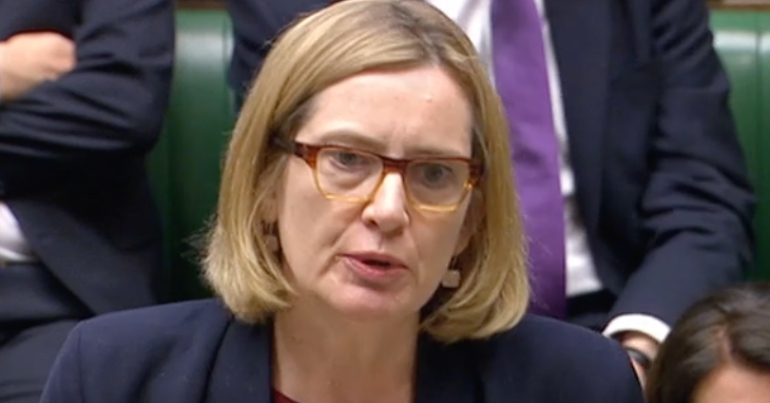 But social media users went further. They’re calling for Theresa May to resign as well due to her role in the scandal.

How much worse can it get? People have died.

Dexter Bristol collapsed and died on 31 March after being fired from his job and denied benefits. All because he didn’t have documentation proving his right to be in the UK. Also speaking on Marr, the poet and activist Benjamin Zephaniah stated:

we know he died of a broken heart.

But while three cabinet ministers resigned in 2017 for comparable reasons, there have been no resignations over the Windrush scandal. The resignations included:

The buck stops at the top

As home secretary, May brought in the 2014 Immigration Act. The act removed a key protection against deportation for Windrush citizens. It is her policy that has plunged many lives into chaos.

This is why many people on Twitter believe May should also resign:

Theresa May should resign instead. She was in charge of the hostile policy, she refused to meet the Commonwealth officials and lies about solved individual cases.

@EmilyThornberry was being nice. Theresa May should go as well. Sack the pair of them, as you would from any other job where lives were ruined as a direct consequence of appalling management. #Windrush

Why stop at Amber Rudd? Theresa May was in charge of the Home Office at the time. She should go too. She won't, of course. The RW press will protect her. Corbyn wears a tracksuit and it's front page news. May deports people illegally and the headlines are about the weather. #marr

In opposition in 2004, May stated she was “sick and tired” of ministers not taking responsibility for their actions:

It is worth watching this video of Theresa May on Question Time in 2004:
Considering what we know now, this is breathtaking hypocrisy. A classic case study in “do as I say, not as I do”.#Brexit #Windrush #bbcqt #Immigration pic.twitter.com/RcAhW3V2we

However, it seems there is one rule for her and another for everyone else.

The treatment of the Windrush generation is a national scandal. In this case, the buck must and should stop at the top.

– Join The Canary if you appreciate the work we do