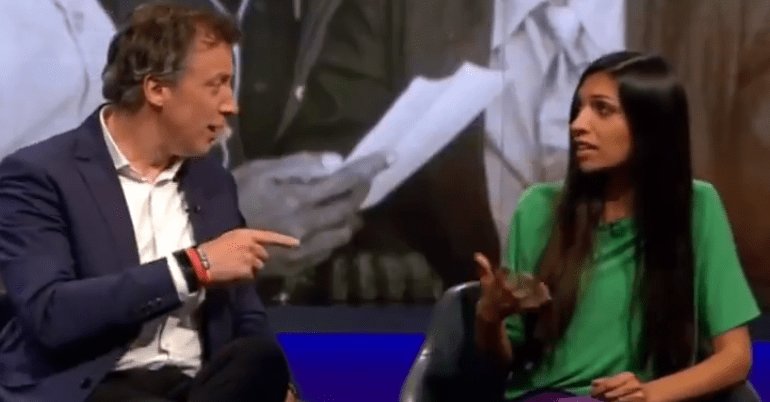 The Sun’s Political editor, Tom Newton Dunn, claimed that nothing his newspaper has “ever said” is untrue on BBC Newsnight:

Felt like I was in the Twilight Zone when I had this exchange with Sun Political Editor on Friday… so The Sun has never lied?! For discussion of this and all that's happened this week check out my new thing with my other half @AkinGazi https://t.co/QX45TJV6s4 #Windrush pic.twitter.com/sSODrQH6Li

Many people have reacted with disbelief at the claim. Fellow guest Faiza Shaheen, the director of the Class thinktank, said she felt like she was in “the Twilight Zone”. Labour MP Dan Carden branded the assertion “absolutely staggering”. 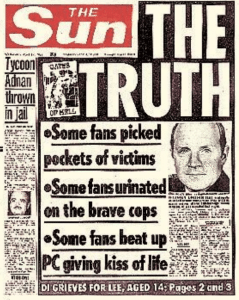 Carden also used the hashtag #JFT96 to reference the Hillsborough disaster, where The Sun blamed fans for the tragedy in an apparent attempt to cover up the negligence of the emergency services. The paper accused Liverpool supporters of robbing victims, urinating on policemen and beating them up. But it was a “catalogue of failings” from the police and ambulance services that contributed to their deaths. In disgust, Liverpool has since driven the newspaper from the city.

In February 2018, The Sun accused a Muslim couple of trying to take over a school with “violence and threats”. After a legal case, the newspaper admitted that the allegations were “unfounded”. On the contrary, a headteacher from the school described father Ashraf Zaman as a “model parent”.

This is just a recent example in a long history of fabrications about Muslims from the paper. In 2016, the press watchdog forced The Sun to admit to another inaccuracy. The outlet admitted that its front page claiming that one in five Muslims had sympathy for Daesh (Isis/Isil) was “significantly misleading”. Indeed, the rag misrepresented the survey. Neither the question nor the multiple choice answers even mentioned Daesh or other extremist groups.

The media outlet often peddles inaccuracies, not least with regards to Jeremy Corbyn. The Sun was forced to publish a front-page apology to the Labour leader in 2015.

Masquerading as a working-class paper, The Sun attempts to divide the public in order to maintain the ruling elite. It’s incredible that Newton Dunn managed to claim his employer has a perfect record on honesty with a straight face. The comment itself is just another footnote in an encyclopedia of deceit.

– Support Stop Funding Hate – the campaign to kick newspaper moguls in the fiscals.