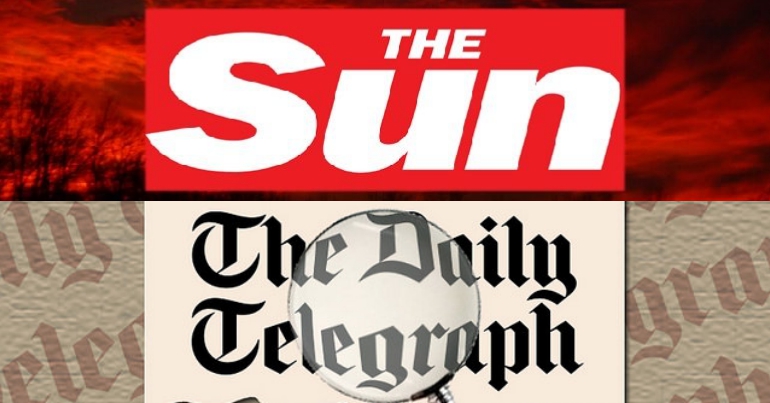 The Sun and The Telegraph have apologised and paid damages to two people they accused of taking part in a “Trojan horse plot” to take over a school. One of those who received damages, Nasim Ashraf, accused the media of “creating divisions” within communities.

On 20 February 2017, both papers reported that Ashraf and his wife Hafizan Zaman were plotting to take over Clarksfield Primary School with a separatist Islamic agenda. The Telegraph claimed this involved “intimidation”, and The Sun said it “involved violence and threats”. Zaman was accused of telling staff to wear the veil and Ashraf of holding Islamic teaching sessions.

But the papers have now admitted the allegations were “unfounded”. According to a press release from Rahman Lowe Solicitors, a headteacher from another school described Ashraf as a “model parent”. The solicitors further stated:

Mr Ashraf and Mrs Zaman are both active members of their local community and they promote inter-faith understanding.

Ashraf accused the press of ‘creating division’ between communities:

We are living in times where anti-Muslim hate and discrimination are increasing day by day and the Muslim community is constantly on the receiving end of false allegations. Unfortunately, the media has played a role in this which in turn only serves the interests of the far right, neo conservatives and those that wish to create division, rather than mutual respect and unity within our diverse communities in the UK

But apologies are not enough. As Ashraf stated:

In today’s times, as falsehood is spread quickly on the internet and accepted as true, this responsibility must be exercised with even greater care.

This is something the European Commission against Racism and Intolerance agrees with. In 2016, it published a report that accused newspapers of “offensive, discriminatory and provocative terminology”. It also said they were “contributing to creating an atmosphere of hostility and rejection”.

Rightly, the papers have had to apologise and pay compensation to Ashraf and Zaman. But until papers print their apologies the same size as their original articles, the damage won’t be undone. People remember the screaming headlines and the hate. They don’t remember the retraction a year later.

Apologies aren’t enough. This kind of reporting does real damage both to individuals and to communities. And this is why campaigns such as Stop Funding Hate are so important. Because it’s down to all of us to show that we will not tolerate the xenophobia of the right-wing press.

Featured image via Wikimedia and HonestReporting/Flickr