The Hillsborough families have a message for The Sun, and it's going viral (IMAGE) - The Canary 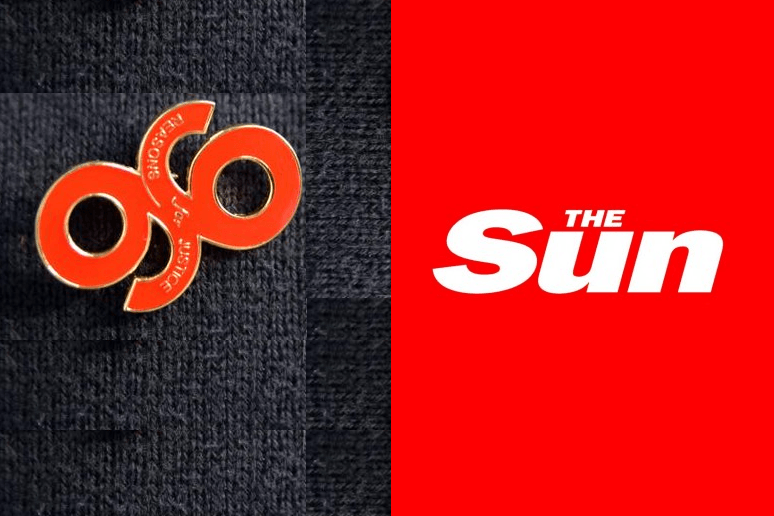 There is a message for The Sun on the door of the Hillsborough families’ press conference, and it’s going viral: 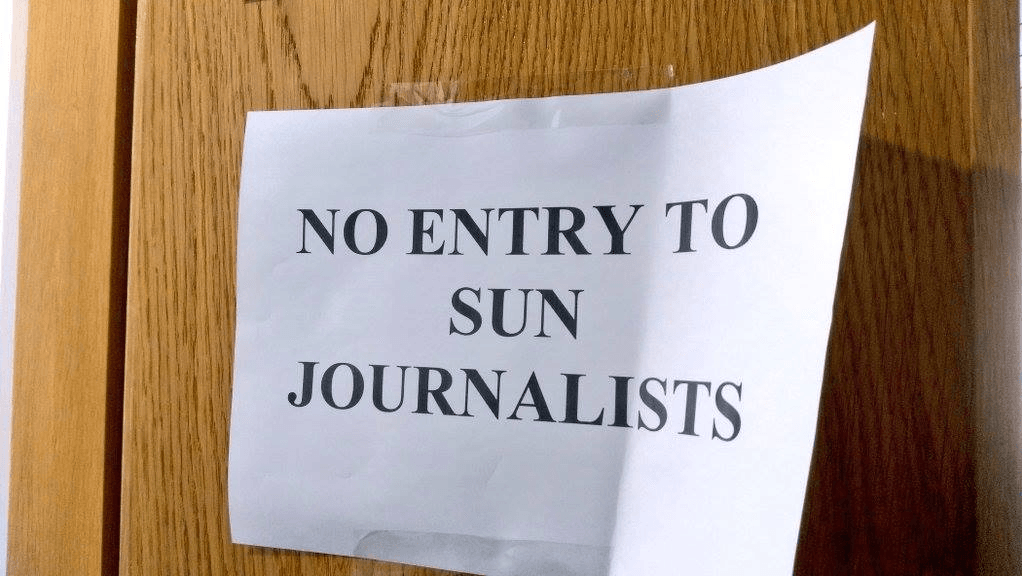 Every time a friend, reporter or relative entered the Hillsborough families’ press conference on Tuesday The Sun was shamed. Brilliant. 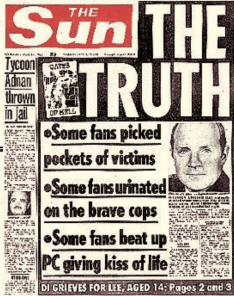 It’s been over 27 years since the Hillsborough disaster, where a lethal crush at the FA Cup semi-final between Liverpool and Nottingham Forest took 96 lives.

Today’s animosity towards The Sun stems from a disgraceful front page they ran at the time, blaming Liverpool fans for the disaster.

The Sun accused Liverpool supporters of robbing victims, urinating on policemen and beating them up. It sought to alleviate police responsibility by blaming ordinary people. But the claims began to unravel 6 months after the front page ran, as they were entirely fabricated.

This week, it is not just the Hillsborough families who have a resounding message for The Sun. The Metro also made its position clear on Wednesday’s front page: 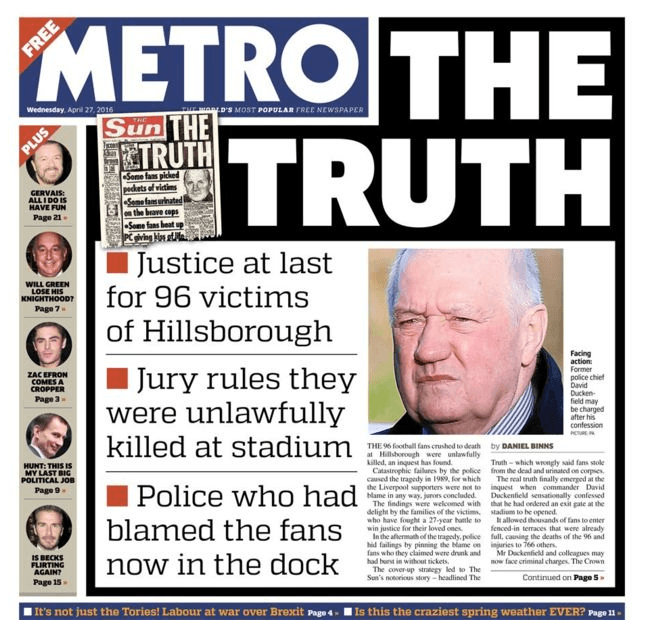 The newspaper mimicked the way The Sun first reported the false story that Liverpool fans were to blame, under the same headline ‘The Truth’. The reworking serves to highlight the disgrace of The Sun – hailing a fabricated story as the absolute truth is an embarrassment. And when the story wrongfully blames ordinary people for others dying, it is utterly sickening.

On Tuesday, the families involved in the tragedy finally received some closure – new inquests show that those who died, including 37 teenagers and 26 parents, were killed unlawfully. It was a “catalogue of failings” from the police and ambulance services that contributed to their deaths.

Now, the verdict has officially absolved Liverpool fans of any blame for the disaster.

The Sun and its owner are being totally shredded this week. Partly because neither of Rupert Murdoch’s UK newspapers – The Sun nor The Times – ran with the Hillsborough verdict as its front page on Wednesday:

An assortment of Wednesday’s front pages:

The Sun thought a minor ‘text scandal’ over David Cameron’s EU campaign trumps covering one of the biggest establishment cover-ups, and the longest case heard by a jury in British history. The article doesn’t even detail what a single of these ‘texts’ say.

No mention of #Hillsborough on Murdoch papers front pages. Makes sense, would be like Tony Blair having 'No WMDs' tattooed on his forehead

It does make sense. But it is precisely the fact that The Sun showed such disrespect that it should honour the families today. And while The Times has changed its front page to include an insultingly small acknowledgement, the original offending newspaper has done nothing.

Twitter has been sliding Murdoch and his cronies headfirst through the grill for choosing not to show remorse:

The Sun spokesman defends lack of front page coverage of the Hillsborough verdict, saying “we only had twenty seven years to prepare it.”

Very funny. Ultimately, it was a missed opportunity:

Even News Thump is on the case:

NEWS! Fish refusing to be wrapped in The Sun newspaper https://t.co/KBRp1cxv8n pic.twitter.com/HjaaFvHEe9

And usually they are so good at sleuthing:

The Sun’s editor at the time – Kelvin Mackenzie – joined his former boss in the grill:

We should all now be allowed to say disgusting vile things about Kelvin Mackenzie, but it still wouldn't make things even as they'd be true.

He was also doorstopped by Channel Four News:

On Wednesday, Murdoch’s reputation defied the odds by plummeting even further into ruin. His cold heart squandered a golden opportunity to atone for perhaps the most disgraceful smear in British media history. It seems the mogul will always turn his back on his humanity, no matter the cost.

So let’s turn our back on his empire and ensure The Sun sets for the final time.

Tell that relative, friend or coworker to stop buying The Sun.