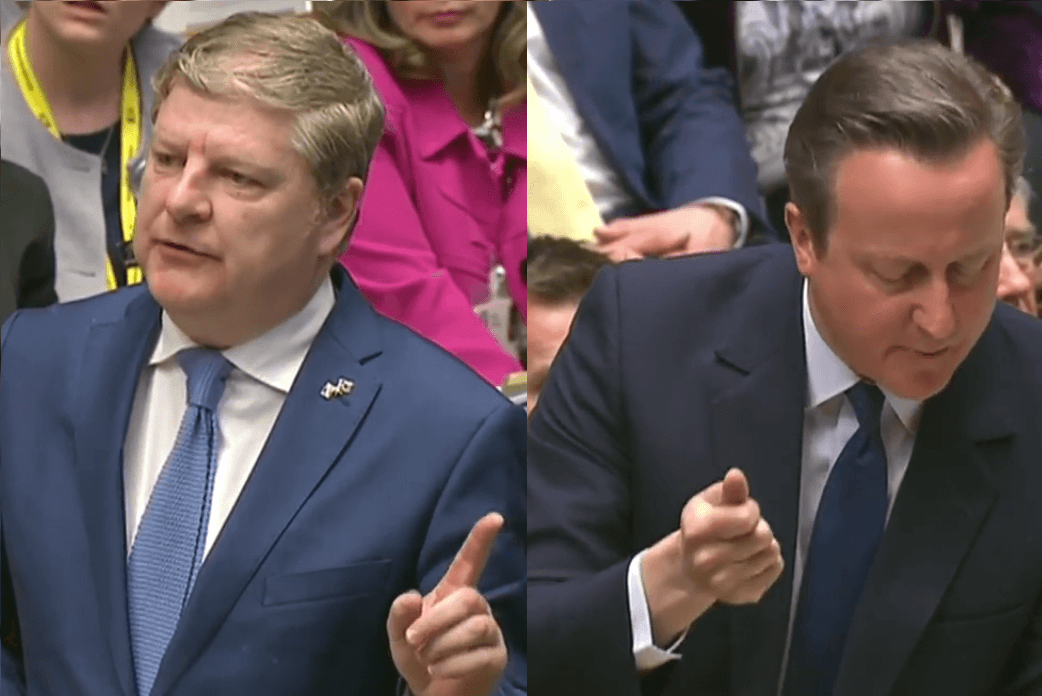 Robertson cites the Europol estimate that 10,000 refugee children are missing. Lord Dubs, who originally called on the government to save the children, hints at where they might be:

We’ve got children adrift, children that have disappeared, children vulnerable to being lured into prostitution, vulnerable coerced into some form of slavery. It’s a pretty desperate situation.

The UK is one of the richest nations in the world yet we’re now going to stand by and let unaccompanied children fall into a life of abuse. The Queen could probably save them all just by selling her hat.

The world has lost a great man. We must never forget Sir Nicholas Winton's humanity in saving so many children from the Holocaust.

One of those refugee children in the 1930s was Lord Dubs himself, who tabled the motion on Monday night. He arrived in Britain through the ‘Kindertransport’ initiative – a program for refugee children fleeing Germany, Czechoslovakia and Austria before the Second World War.

When asked if today’s government would take in those 10,000 refugees – including himself – Lord Dubs replied:

Considering the government has just voted to reject a mere one-third of that number, it’s a fair comment.

Twitter hailed Robertson for getting straight to the heart of the issue:

It was a very pertinent question:

Who has moral responsibility to care for refugee children if not us ? Asks @AngusRobertson #pmqs

And Cameron’s answer is precisely what escalates the refugee crisis:

The person who is responsible is the country in which they are in.

The refugee crisis is a disorganised mess because of this type of attitude. Basing policy on where refugees happen to end up is an entirely incompetent position. If you outsource responsibility to contingent geographical circumstance, you end up with overflowing camps likes in Calais.

Former footballer Jermaine Jenas nailed the right response on Question Time in March – the crisis should be handled on a “pro rata basis”. It should be EU policy that a country takes a certain number of refugees according to its economic position. Isn’t that type of cohesive action what the EU is for?

And look, I want Britain to play our part, but you have to ask yourself, do we do better taking a child from France or Italy or Germany, than we do from Lebanon?

Aside from Libyan and Iraqi people, there are more than 4.5 million Syrian refugees in just five countries – Turkey, Lebanon, Jordan, Iraq and Egypt. And these refugees are often in terrible conditions. Meanwhile, the rest of the world has only offered to settle a miserly 3.6% (162,151) of this number. It is absolutely disgraceful.

Angus Robertson is right. We can, and should, do so much more.

Volunteer or donate to the refugees in Calais.