Piers Morgan suggests a junior doctor is striking for cash, what happens next is fantastic (VIDEO) - Canary 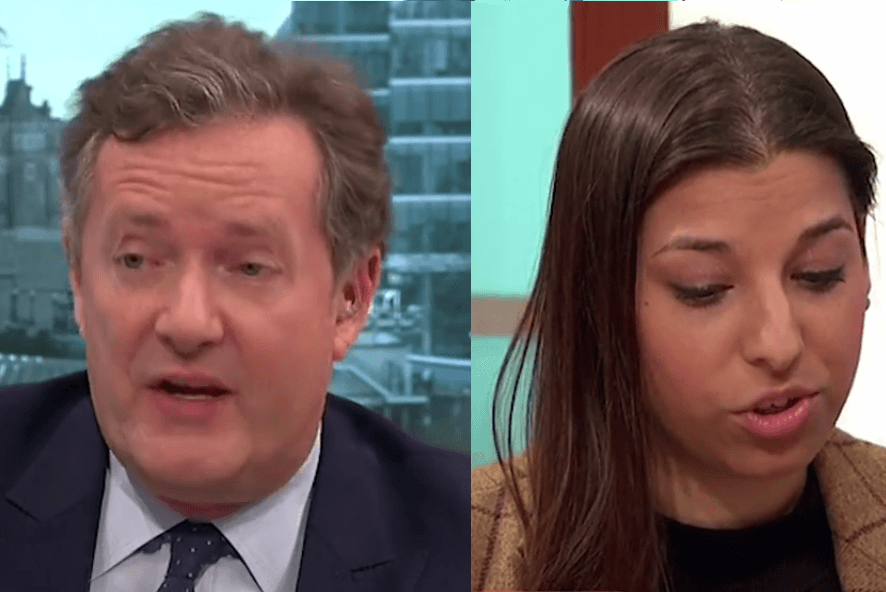 On Wednesday morning, Piers Morgan suggested that a junior doctor and her peers were striking just to line their pockets. But then, the junior doctor sitting opposite him – Dr Salwa Malik – really set the record straight.

We are being fed the line that this is all about money. You guys want to squeeze that lemon out more and as a result, you are putting people’s lives at risk.

Not one to come unprepared, Dr Malik calmly smiled, said she “knew” he would ask her that and produced a copy of the contract itself. She then explained her position with the utmost clarity:

Extraordinarily, the contract itself states the multiple ways it is sexist, yet the government has done nothing to remedy this. And the Conservative’s Minister for Women and Equalities – Nicky Morgan – has been very quiet indeed. Although considering her own department pays women significantly less than men, refrain from holding your breath.

On Good Morning Britain, Dr Mailk did not hold back:

This week, the Equality and Human Rights Commission (EHRC) warned the government that the contract may be illegal because it discriminates against women.

The EHRC’s document states that the government:

does not appear to have explicitly considered the impact of the contract on the right to just and favourable working conditions under Article 7 [of the UN’s] International Covenant on Economic, Cultural and Social Rights, which the EHRC would consider to be good practice.

The contract may breach Article 7 of UN human rights legislation:

The EHRC is concerned that the UK government’s analysis [of the equality issued raised by the contract] suggests an adverse impact of the contract on groups that disproportionately include women, such as those who take time away from work for maternity leave and caring responsibilities. This may indicate that women junior doctors will have inferior conditions of work under the new contract, which would be inconsistent with Article 7 ICESCR, unless it can be justified.

This warning chimes with Dr Malik’s rebuttal, read directly from the contract:

Those who are having responsibility as carers, mostly they will be women, this will disproportionately compromise women.

This really takes the biscuit. The contract is fundamentally unworkable because it demands higher NHS output without providing anywhere near enough funding or staff. And aside from being unworkable, it also has an “indirect adverse impact on women”, according to the government’s own report. This discrimination is multifaceted, impacting female carers, new mothers and also specialty doctors like paediatricians, which are disproportionately female.

Dr Malik is right on the money. We need to cast this contract into the dustbin of history. Now.

The REAL reason Jeremy Hunt is going after junior doctors.

Write to Nicky Morgan, asking why she is neglecting her position as Minister for Women and Equalities.