These disgusting comments show contempt for Hillsborough victims - The Canary 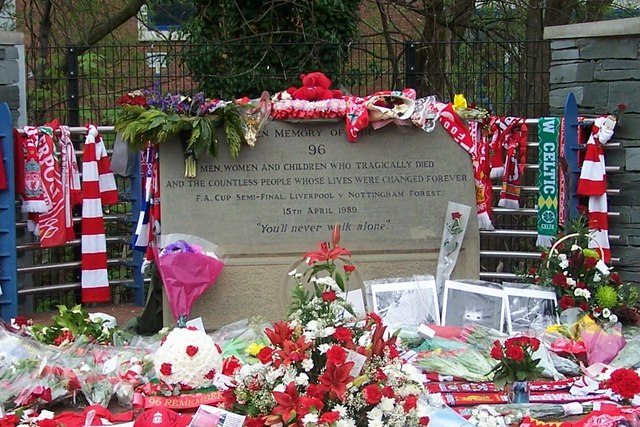 There has been further condemnation of South Yorkshire police on Thursday due to a message posted on the website of the South Yorkshire branch of the National Association of Retired Police Officers (NARPO). The message stated officers should be “proud” and that they “did a good job” at Hillsborough where 96 people were unlawfully killed.

The comments, made by Richard Naylor, the secretary of NARPO, also claimed that “bile and hatred” were directed towards the force and that officers “did a good job”. Naylor further stated:

There were many examples of outstanding actions and selflessness by police officers on that tragic day as they did their best to deal with the disaster unfolding before them.

The police should be ashamed of these comments. They tampered with evidence and perverted the cause of justice… https://t.co/QTJwI53rmz

NARPO have since deleted the comments and have said the post was supposed to be internal and only accidentally made public. It has now been replaced with a statement from Naylor, and chairperson, Mick Brookfield, stating that South Yorkshire Police

have always had great sympathy for the families and friends of Hillsborough victims and had co-operated with the two-year inquests, an ongoing criminal investigation and probe by the Independent Police Complaints Commission (IPCC).

Whether or not the post was supposed to be public is irrelevant, and is no excuse for the comments made. Instead of respecting the jury’s decision and the 27-year fight families have had to undertake to undercover and expose the truth of what happened, the police are still seeking to defend their actions.

However, even after 27-years, the fight for justice is far from over. Rightly, the Chief Constable for South Yorkshire police, David Crompton, has been suspended over his handling of the inquest. Crompton has been criticised by both the families and politicians after accusing the families of lying. MP Andy Burnham, accused Crompton of undertaking an “adversarial battle” at the inquest. He further said:

Shamefully, the cover-up continued in this Warrington courtroom. Millions of pounds of public money were spent re-telling discredited lies. Lawyers for retired officers threw disgusting slurs; those for today’s force tried to establish that others were responsible for the opening of the gate. If the police had chosen to maintain its apology, this inquest would have been much shorter. But they didn’t and they put the families through hell once again.

Meanwhile, the Crown Prosecution Service (CPS) are investigating whether to bring manslaughter charges against David Duckenfield, the Chief Superintendent and match commander on the day. Other charges being considered against him and other officers include perverting the course of justice and misconduct in a public office.

However, the CPS will not make a charging decision until March next year. This means by the time any cases are resolved in the courts, it will be 30 years since those 96 people were killed. 30 years of hell for the families and friends who have had to endure lies and slurs in order for the truth to be told about what happened to their loved ones.

Eventually, there may be successful prosecutions, and even custodial sentences for those who have lied, distorted and manipulated facts to their advantage. These will be welcome and will be a great victory for those who have campaigned and worked tirelessly for justice. However, as a country, we should be ashamed that it has taken this long for our institutions to be held to account, and that it has taken the work of grieving families to ensure this has happened.

Every time there are accusations of police lying there are statements claiming it was only a few bad officers, or that things have changed. In this case, it is easy to cast aspersions against the one police force, as if there are no similar issues elsewhere. There are admittedly huge issues, from doctored statements containing outright lies about the Orgreave miners and the force’s failure to investigate and protect the victims of sexual abuse in Rotherham.

However, it’s important to remember that these abhorent abuses are not limited to a handful of police forces. There has not been one single death in custody where the police have been held to account, or admitted liability. The death of Sean Rigg in 2008 is a case in point. Rigg, a mentally ill man, died after being restrained in the back of police van by the Metropolitan police. However, CCTV evidence proved that sergeant Paul White had lied when he stated in court that he had gone to check on Rigg. Yet, no charges were brought, and again, the piecemeal justice which has been achieved has come through ceaseless campaigning from friends and families.

Instead of aiding investigations into police misconduct, and trying to find the truth of any of these incidents, the police have spied on grieving families, and in some cases sent in undercover officers to attempt to smear the relatives. Relatives of those killed at Hillsborough have accused officers of spying on them, and, alongside Stephen Lawrence’s family, and other relatives of those killed in police custody, they have been granted core participant status in the ongoing Undercover Policing Inquiry.

Neither is this a historical problem. There is no indication that the police have stopped lying to cover their brutality and mistakes. Earlier this year, Josh Longbottom and Pete Simpson were acquitted of violent disorder and actual body harm at a tax avoidance protest in Cardiff after CCTV evidence contradicted police statements and showed they were the ones attacked by police.

It is time to accept that the actions of the officers at Hillsborough were not the fault of a few individuals, or that the problems were historical and limited to one police force. The whole policing institution, from the top to the bottom has lied, manipulated, smeared and attacked those who criticise them or attempt to hold them to account. And it has taken ordinary people thrust into extraordinary circumstances to ensure the truth has been heard. The whole culture of policing needs to change, but prosecuting those responsible for the deaths at Hillsborough will be a good start.

Donate to the “Run for the 96” campaign.

Support the United Friends and Families campaign for those killed in police custody.