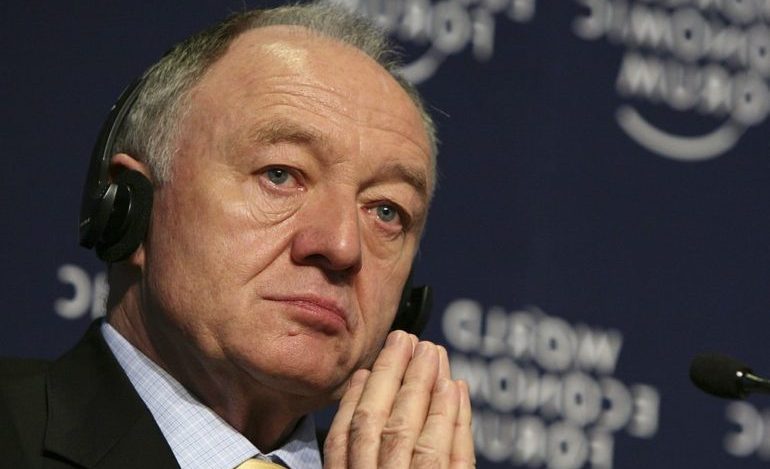 Ken Livingstone has just been suspended from the Labour party. This was the result of outrage from both politicians and the media regarding comments he made about Hitler. But not everyone has jumped on the anti-Livingstone bandwagon.

Let’s remember when Hitler won his election in 1932, his policy then was that Jews should be moved to Israel. He was supporting Zionism… I denounce that.

The backlash to his mention of Hitler and Zionism in the same breath was massive. And Labour Leader Jeremy Corbyn soon made the following statement:

There were grave concerns about the language [Livingstone] used. We had a discussion about it and decided we would suspend him and he would go through an investigation by [the] party.

However, Livingstone’s words were actually very similar to those of Israeli Prime Minister Benjamin Netanyahu in 2015:

Hitler didn’t want to exterminate the Jews at the time [1941], he wanted to expel the Jew.

Based on this, and a number of other reasons, many Twitter users came out to defend Livingstone:

Wow, Labour is going all "McCarthy Witch Hunt" at the moment. Ken Livingstone accused of being anti-semitic over pretty much nothing.

Didn't Netanyahu, say same as Ken Livingstone about Hitler wanting to expel Jew? https://t.co/SvTlgwlgj8 to Palestine? Why the witch hunt?

Evidently people have an issue with someone stating established facts.#KenLivingstone pic.twitter.com/UJV4sPND4E

A Nazi board game for children in the Wiener Library is about sending to Jews to Palestine https://t.co/NwpC4jWZ9Z

This political sabotage focused on Ken Livingstone reminds me of house of cards pic.twitter.com/yaroIzjbhI

The final tweet above referenced a statement on 28 April from the Jewish Socialists’ Group, which read:

The Jewish Socialists’ Group sees the current fearmongering about antisemitism in the Labour Party for what it is – a conscious and concerted effort by right-wing political forces to undermine the growing support among Jews and non-Jews alike for the Labour Party leadership of Jeremy Corbyn, and a measure of the desperation of his opponents… This is despite Corbyn’s longstanding record of actively opposing fascism and all forms of racism, and being a firm a supporter of the rights of refugees and of human rights globally.

This statement clarified the important difference between antisemitism and anti-Zionism:

We at The Canary have also insisted on this distinction:

The efforts to deliberately confuse anti-Zionism (criticism of the political movement to establish an apartheid Jewish state), and anti-semitism (the prejudice and persecution of Jewish people) are longstanding.

Either way, Mike Sivier at Vox Political pointed out after Livingstone’s suspension:

It turns out all those who clamoured for Ken Livingstone to be suspended from the Labour Party – on the basis that Nazi Germany and Zionist Jews never had an agreement – were completely wrong.

He quotes the Haavara Agreement as proof, which was:

an agreement with the German government in August 1933, to facilitate the emigration of Jews to Palestine… The Zionists saw this agreement as a way of attracting Jews to Palestine and thus rescuing them from the Nazi universe even if that meant cooperation with Hitler.

The lesson to take home from today’s media madness surrounding Ken Livingstone’s comments is simple. We should never fall into the trap of equating anti-Zionism and antisemitism. And we should never jump to conclusions based on the comments of right-wing politicians and corporate media outlets.

– Support independent news from Israel, like +972 Magazine and Mondoweiss.