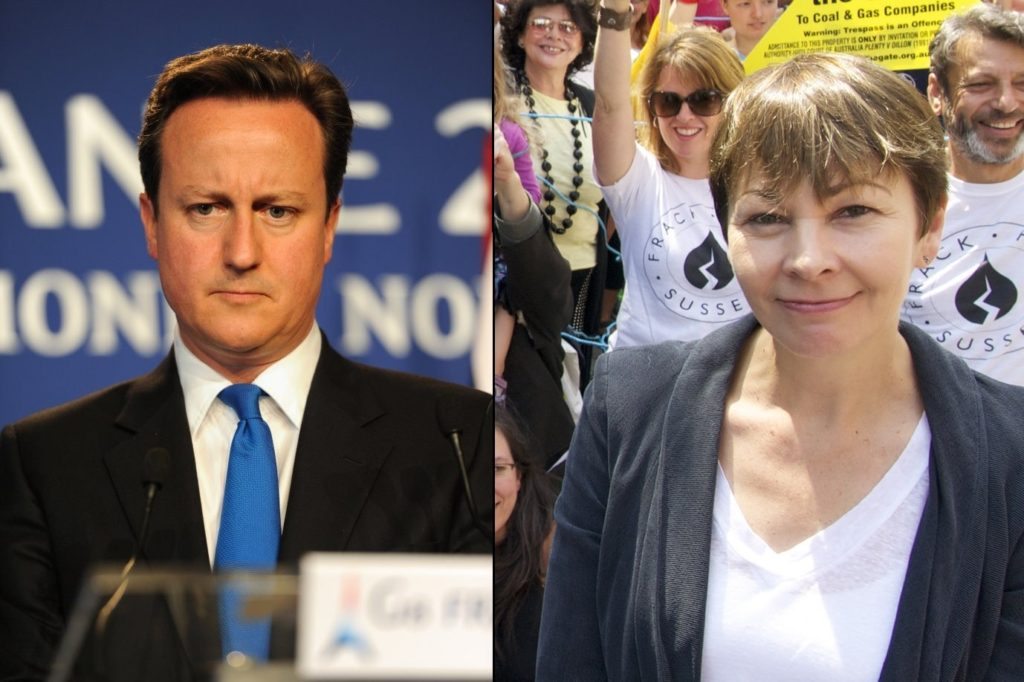 The government is exploiting anti-terror measures to spy on senior Green Party figures such as Caroline Lucas, The Guardian has revealed.

A secretive police group that monitors so-called ‘domestic extremists’ is keeping the tabs. Lucas’ file spans across 8 years and details her speeches at an anti-austerity protest, an anti- far right march and her general activities at peaceful demonstrations.

The Metropolitan police commissioner previously pledged that the National Domestic Extremism and Disorder Intelligence Unit (NDEDIU) would only target serious criminals rather than peaceful protestors. So why is it logging the political activities of oppositional parties?

Perhaps because the government has redefined ‘serious criminal’ to suit its agenda:

That the conduct involves the use of violence, results in substantial financial gain or is conduct by a large number of persons in pursuit of a common purpose.

Strikingly, the definition does not even stipulate on ‘large’ – a concept totally relative to the situation. A ‘small crowd’ at an event could be called a ‘large group’ walking down the street.

The Green Party’s London mayoral candidate, Sian Berry, has had her political actives tracked by the unit. Berry’s file logs that she gave a speech as “the Green mayoral candidate”. This is irrelevant to combating extremism. It’s called engaging in the democratic process.

Spending precious resources on monitoring elected politicians is a clear waste of the public’s money – and sends a chilling message to those who want to engage in peaceful political demonstrations. Nobody should be subject to arbitrary surveillance.

As Lucas rightly specifies, “nobody” should lose their privacy for exercising their democratic rights – it is not just about politicians.

The domestic extremism unit has even kept logs on the children of environmental activists. As my colleague Emily Apple wrote previously:

Mae Benedict put in a Subject Access Request to find out what information the domestic extremist units held on her. She believed she might have a file as she had been arrested in the past for environmental activism. She had also been close to the only known female undercover officer, Lynn Watson. However, she was shocked to discover her file left out details of “several arrests and a conviction” but contained details of her young child.

So, if this secretive police unit is free to keep tabs on children, what is the actual definition of a domestic extremist?

According to NDEDIU, this is the definition:

But as we have seen, ‘serious criminal activity motivated by a political or ideological viewpoint’ can include attending – a student union, Sunday mass or a Conservative party conference. So here’s the government’s definition of ‘domestic extremist’ – anyone it fancies.

Clearly, the government is the real extremist organisation here.

-Keep in touch with the Campaign Opposing Police Surveillance and go to their protests and events.