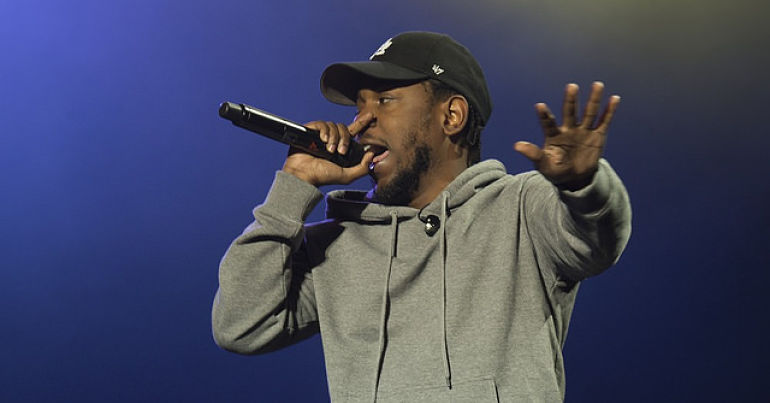 On Monday 16 April, the Pulitzer Prize Board awarded rapper Kendrick Lamar the Pulitzer prize for music for his 2017 album DAMN. Kendrick is the first non-classical or jazz artist to win the award.

His work is a shining example of both the power and complexity of hip-hop. And such an award is a long time coming.

When combined, hip-hop and R&B represent the biggest music genre in the USA. So artists like Kendrick are doing fine without the recognition of the Pulitzer board. However, despite this popularity, major awards often overlook Black artists.

The recent Grammy winners for best album are testament to this:

Therefore, the significance of Kendrick’s victory was not lost on people:

Kendrick Lamar wins the Pulitzer prize for music! There are some who will say rap doesn't need it (maybe) and others who'll say this is the judging panel trying to be down with the kids (nope) but as a marker for rap's standing in US high culture, it's a big one.

Amazing! Kendrick Lamar won a Pulitzer Prize for his album DAMN today. He is officially the first non-classical or jazz artist to win the Pulitzer Prize in music! pic.twitter.com/P0Iz6AJvQ1

The right-wing media in America is known for disparaging rappers and hip-hop. The Fox News contributor Geraldo Rivera gave this shocking interview in 2015 in which he claimed hip-hop had damaged Black people more than racism:

Kendrick has led the way in answering these critics. On DAMN, he responded emphatically. For example, on the track DNA, Kendrick quotes Rivera before hitting back. He raps:

You mothafuckas can’t tell me nothin’. I

‘d rather die than to listen to you.

My DNA not for imitation.

Your DNA an abomination.

Later in the album, he calls out Rivera again, rapping:

Somebody tell Geraldo this nigga got some ambition.

You can watch the video for DNA here:

Additionally, Kendrick has shown the power of hip-hop’s poetic form to relay complex messages and symbolism.

His genre busting 2015 album To Pimp a Butterfly explodes with the sounds of funk and jazz. It follows Kendrick’s journey from material success, to becoming institutionalised, to hatching into a butterfly through spiritual enlightenment.

The album has multiple conflicting characters and touches on issues such as police brutality, materialism, and violence between African Americans. Yet it still retains a strong overall message of Black empowerment.

a celebration of the audacity to wake up each morning to try to be better, knowing it could all end in a second, for no reason at all.

This is a theme he carries into DAMN. On the track FEAR, he brilliantly shows the vulnerability of growing up as an African American.

I’ll prolly die from one of these bats and blue badges.

Body-slammed on black and white paint, my bones snappin’.

Or maybe die from panic or die from bein’ too lax.

Or die from waitin’ on it, die ’cause I’m movin’ too fast.

I’ll prolly die ’cause that’s what you do when you’re 17.

This language could certainly never find it’s way into a rap song, but the sentiment rings true. Kendrick’s brilliance lies in his ability to represent both the power and vulnerability of being a Black man in America.

While he’s not the first rapper to do so, he is the first to be recognised with a Pulitzer.

Let’s hope he’s the first of many.

– Support anti-racism charities such as Uprise and SARI