Politicians should STFU about drill music. An artist tells us why. - Canary 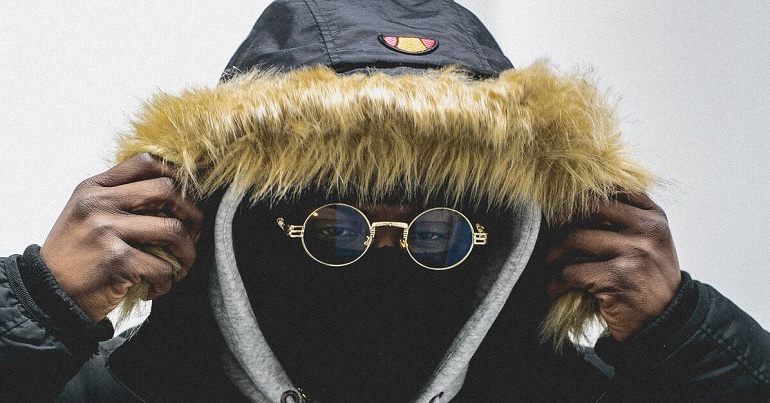 There’s been a political and media frenzy this year over the latest music to emerge from the ground up: drill. But speaking exclusively to The Canary, one artist has taken politicians to task over their blatant hypocrisy. And he doesn’t hold back in blaming them, not drill, for communities’ problems.

As FACT Magazine reported, drill music actually started in the US:

Birthed in Chicago’s blighted South Side in the early 2010s and popularized by artists like King Louie and Chief Keef, drill music – an aggressive descendent of trap [hip hop] – has all but faded from view in the US. Now, you’re more likely to hear the familiar distorted beats rattling from the schoolyards and buses of South London.

In the UK, drill music is still fairly underground. But YouTube artists can often rack up huge numbers of views for their tracks. Now, one artist has taken the beats and their message to the mainstream.

Drillminister (not his real name) has blown up in recent weeks in the media with a genius drill track. Taken from his forthcoming EP House Of Skengs, which will be released by independent label Defenders Entertainment, Political Drillin does exactly what it says on the tin. Drillminister has taken the words of some politicians and put them to a drill beat. But the words aren’t usual political speak. They’re rude and often violent. If someone else said them, it could be very serious. One such example is Labour MP Jess Phillips, who said about Labour leader Jeremy Corbyn:

Put a dirty drill beat to this, and here’s the result:

It’s a masterstroke by Drillminister; not least because it shows there is one rule for some politicians and another for the rest of us. But he thinks the issue runs deeper than this. As he told The Canary:

I mentioned the politicians because they have used drill as a scapegoat; while ignoring the real issues that we as the future of this country really face. But they also ignore the desperate, destitute situation the elders of this country have made. They’ve screwed up our economy and screwed up our communities; squeezing and cutting funds that help those who can’t help themselves. Nobody is above the judgement of the people; let alone politicians.

As he notes, politicians and the media often say drill music is to blame for the increasing levels of violent crime in London. Of course, there is little hard evidence of this. This notion is just based on people’s pre- and misconceptions, and also their own prejudices. And looking back through recent history, we have been here many times before.

A history of prejudice

Politicians and the establishment media have often blamed music which has its roots in Black culture for society’s problems; when in fact, the music is often just reflecting the reality of life for marginalised communities, and trying to bring about change. As musician and author Neil Leonard wrote in 1974 about jazz music:

Protestant, middle class Americans of Anglo-Saxon ancestry… regarded jazz… as a sign or a cause of the advancing degeneration and assailed the new music as a major vice.

We then saw the same with rock ‘n’ roll, which had its roots in Black culture. As everyone’s ‘favourite’ crooner Frank Sinatra staggeringly once said [pdf, p11]:

Rock ‘n’ roll smells phony and false. It is sung, played, and written for the most part by cretinous goons and by means of its almost imbecilic retardation and sly, lewd in plain fact dirty lyrics… it manages to be the martial music of every side-burned delinquent on the face of the earth.

Fast-forward to the 1980s and 1990s and hip-hop was the establishment’s next target; so much so that even a black civil rights campaigner sided with a Ronald Reagan-era politician. The former was on record as saying of gangsta rap:

The same thing happened with the garage scene in the early 2000s; then, with its successor – grime music. Now, the establishment is aiming its wrath at drill.

Drillminister puts part of the blame for this tired propaganda at the door of the media. He told The Canary:

We still accept these lies and propaganda techniques. It’s because the people being sold these thoughts are still using old mediums; the printed papers, news reports, and the television. But the younger generation have given up on such sources of information. The internet has more engagement and a more real-time feeling on subjects. So you don’t feel late or less informed. Also, the internet generation are much harder to fool, as facts crush lies online. Politicians knocking young people is totally unacceptable. It’s the reason I made this song and want it to chart. ‘Political Drillin’ is me sticking my middle finger up at the establishment. They think it’s acceptable to blame the youth for their own cock-ups.

Feeding into the negative hype around drill music is London’s current knife crime and murder “epidemic“. As of 5pm on 22 November, London had seen 123 murders in 2018. Across England and Wales, knife crime has risen in recent years. But the figures historically have always gone up and down. Meanwhile, the murder rate actually peaked [pdf download, p7] under Tony Blair’s government:

So the easy option, in Drillminister’s opinion, is to blame music:

The hood are always blamed for the worst performance or representation of the country. It doesn’t matter where the hoods are situated. But what people fail to realise is that, without proper investment, care and attention… we don’t have a realistic opportunity to change the narrative. And without being able to look after ourselves, we can’t protect our young.

Whatever politicians and the media think of drill, it’s undoubtedly here to stay. But it poses a bigger question. That is, why do we still accept people in power using Black music as an excuse to attack their communities – especially on violence, and when politicians are ultimately responsible for it anyway? Answers on a postcard marked ‘institutionalised racism’.