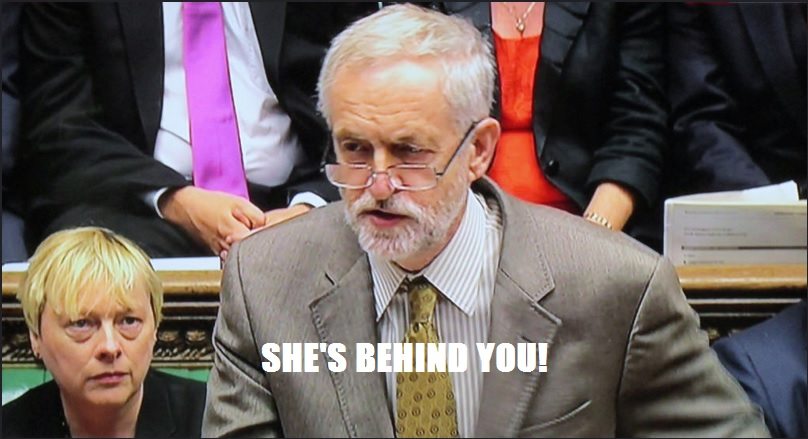 The leaders of political parties never want to hear that backbenchers plan to knife them. But Jeremy Corbyn has just heard that from one Labour MP, who has stressed she would prefer to stab him in the front rather than in the back. Colourful language aside, does this metaphor seek to draw a line between open internal criticism and sinister plotting behind the scenes?

Birmingham Yardley MP Jess Phillips, who has been “very frustrated” with Corbyn and the early weeks of his leadership, told Owen Jones in a recent YouTube interview that she has made the following very clear to the current Labour leadership team:

While words like ‘unpleasant’ and ‘divisive’ were soon used in the comments below the interview to describe Phillips’ words, the MP later clarified:

I am no more going to actually knife Jeremy Corbyn than I am actually a breath of fresh air, or a pain in the arse. Please look metaphors

Owen Jones, meanwhile, defended his decision to give the Corbyn critic airtime. He stressed that the majority of Labour members and supporters who voted Corbyn in as party leader should not just shun those who disagree with them. If they did, he insisted, they would “fail to ever win anyone over”.

And he has a point. Open debate focussed on creating a common platform for meaningful action is precisely what the Labour party needs if it wants to become relevant again for British voters. Not witch hunts. Not personal attacks. And definitely not behind-the-scenes plotting. As Labour MP Stella Creasy has said, these have simply been “draining the energy out of Labour” in recent weeks.

So the real issue raised by Phillips’ knife quote is not the fact that she’s apparently screamed at Corbyn and his team to “put the red book down”. All this confirms is that she doesn’t support the kind of moderate left-wing policies that most Labour supporters were clearly looking for when they chose Corbyn as the party’s new leader earlier in the year.

The big issue is how Labour should deal with both differences of opinion in its ranks and internal anti-Corbyn plots. Should this process be open and constructive? Or should it be hidden and destructive? And while Phillips may have opted for something in between, she has undoubtedly succeeded in bringing this important discussion to the fore.