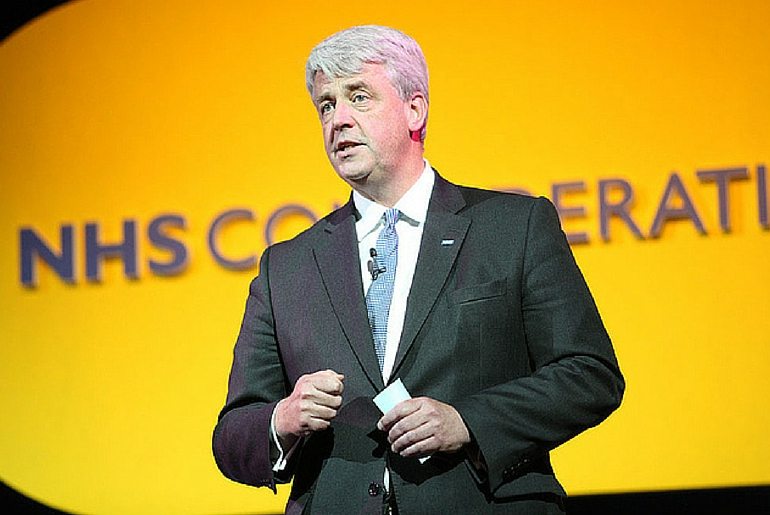 Conservative ministers have paid thousands to try and prevent the public from knowing which lobbyists and private health care companies Andrew Lansley met when he was health secretary preparing to privatise the National Health Service.

Lansley constructed The Health & Social Care Act 2012 which became law in April 2013.  It has had major consequences for the NHS and meant that:

Although Lansley was replaced by Jeremy Hunt in September 2012, health experts have described the former Health Secretary’s changes as “damaging and distracting,” and fundamental to the problems that the NHS faces today.

Since he resigned as Health Secretary and quit being an MP, Lansley has been made a peer. He has also been providing Bain and Company, a management consultancy firm, with his expertise on how to advise healthcare firms who have reaped the rewards of his reforms. They commended his reforms and said to previous clients:

what was traditionally locked up in the NHS is going to become available to the private sector.

He has also earned money advising drug company Roche, who have been in a row with the NHS over their expensive pharmaceutical products. Roche has benefited massively from the cancer drugs fund that Lansley constructed and they paid him in November to provide them advice on “supply and pricing issues in Europe”. Around the same time, Lansley has also been providing support to Blackstone, a private healthcare firm. His role is to provide advice on investment opportunities in the field that he helped to carve up.

But what Conservative ministers have tried to keep under wraps is the meetings he has held with these type of firms when he was Health Secretary. A freedom of information (FoI) request was submitted to reveal the nature of these meetings, which has embarrassed the government no end. The government has spent around £30,000 on legal funds to try and keep Lansley’s diary a secret. This is more than enough to pay a nurse’s wage for a year.

Unsurprisingly, many campaigners are disgusted with the fact that Lansley can benefit from the very reforms he enacted and are seeking to discover which firms he had met with. Maurice Frankel, the head of the Campaign for Freedom of Information said to a parliamentary commission:

We’ve seen a series of appeals on a decision regarding Andrew Lansley’s diaries.

We’ve asked for the costs of the government’s legal advice, which they’ve refused to disclose.

After a ruling in April said that the public should be able to see ministerial diaries, the government has been fighting tooth and nail to prevent FoI requests and has taken this to the Court of Appeal. The government is desperate to water down the act because they allege it is too costly to implement. Frankel argued that the government’s position was ironic considering the lengths and expense they go to to hide their murky secrets:

Talk about the ‘burden of FoI’ – some of the burden is caused by authorities trying to resist disclosure beyond the point at which they should simply accept the decision.

This raises serious questions about the interests of our government and politicians.

Firstly, Lansley’s strong links to corporations that have benefited directly from his reforms emphasise the revolving door between politics and business. Only last week the former Labour chancellor Alistair Darling became a director at banking firm Morgan Stanely, the same week as Gordon Brown, the former prime minister, became an adviser to the largest bond manager, Pimco.

It also poses serious questions about why the government is willing to spend large sums of money to hide information from the public. Politicians are using their positions of power to act in their own interests, and the government is protecting them from scrutiny in the most undemocratic way possible.