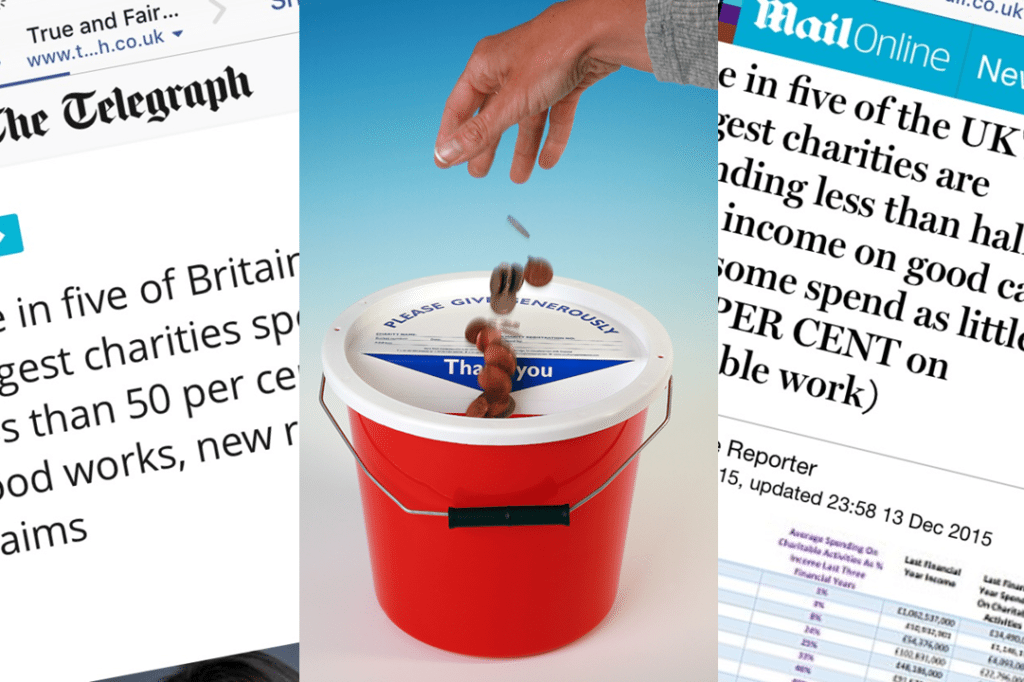 Mean-spirited newspapers risk decimating Christmas donations by publicising a report which implies that charities are wasting our money. But the charity sector responds by ripping the research to shreds.

Christmas is a time for giving, but a report released over the weekend by the little-known True and Fair Foundation seems determined to put a stop to all that, at least where charities are concerned. Publicised by the Daily Telegraph and then picked up by the Daily Mail and The Sun, the document – titled ‘A Hornet’s Nest’ – claims that over 1,000 UK charities are spending 50% or less of their income on charitable works, while for 292 the figure is 10% or less.

These are serious allegations – members of the public need to know that when they dig deep for a good cause, their money will be wisely spent. The implication of this report and the subsequent newspaper articles is that a large chunk of our hard-earned cash is going to waste or being frittered away on irrelevant spending. The revelation that the Lloyds Register Foundation, for example, apparently used just 1% of its income on meeting its charitable objectives is guaranteed to be greeted by the sound of wallets and purses slamming shut.

Except, like so much of the bluster that issues forth from the pages of these serial-offending publications, the story only begins to develop towards the end, long after the seeds of outrage have been sown. It turns out that the charities aren’t taking this lying down. A statement from the National Council of Voluntary Organisations (NCVO), describing the True and Fair Foundation report as “neither true nor fair”, says the numbers are all wrong. Essentially, the researchers have taken a very broad definition of income and a very narrow view of charitable expenditure.

So, gross income from shops is included but the costs involved in running and stocking the shops is not. The Racing Foundation, attributed a ratio of just 3% by the report, had its figures completely skewed by a one-off endowment of £50m (98% of its income for last year). And as for the Lloyds Register Foundation? It is required to declare the entire business income of its trading group even though the charitable arm runs purely on a gift-aided proportion of the profits, so the 1% figure bears absolutely no relation to reality. Ironically, if the True and Fair Foundation’s own accounts were subjected to the same methodology, it would show that their charitable spending was only 47% of income.

The Telegraph and the Mail (and possibly The Sun) will no doubt claim that their articles are balanced, because they’ve mentioned the doubts that many people have about the reliability of the report, although they neglect to say that both the TFF and the Telegraph were warned about the quality of the research before publication. But of course it’s the headlines that people remember and that affect the way people behave.

No amount of later backtracking can reduce the impact of opening statements such as: “The news will disappoint the thousands of volunteers who every year put aside time to raise money for the good causes” from the Telegraph, the Mail’s “some spend as little as ONE PER CENT on charitable work”, or, from The Sun: “Despite raking in a combined annual income of £6billion, a whopping 1,020 voluntary organisations spend half their cash on the work people donate to.”

To find out what’s really going on with your favourite charity’s finances, try the Charity Commission website.