If we don't stop interfering in the sex lives of pandas, we might lose them forever - Canary 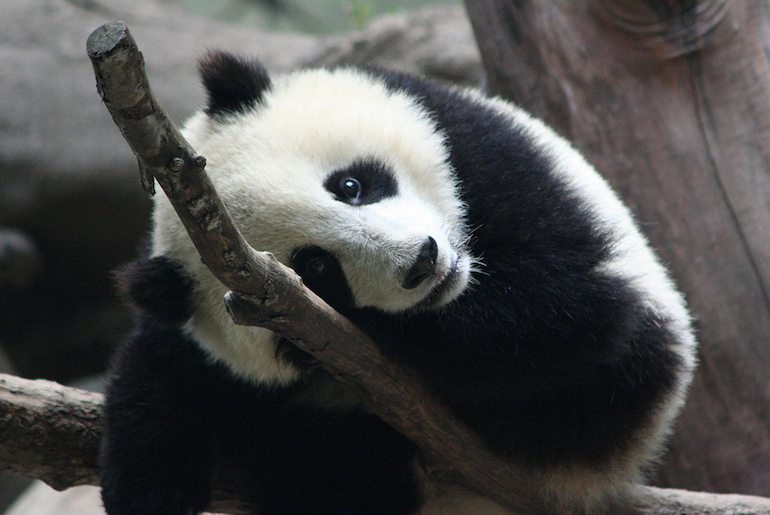 Poor pandas. We’ve been mocking them for years for not wanting to procreate, and it turns out it might actually be our fault. In fact, if we keep messing with their sex lives we may have to say farewell to them for good.

Conservationists have tried for years to get pandas to breed in captivity, but to little or no avail. According to Pandas International:

They either lost interest in mating the natural way or simply did not know how.

In captive breeding, a male and a female panda are put together and encouraged to mate. The problem with this, say the scientists behind a new study, is that the pandas we pair aren’t always attracted to each other. We’re pretty bad matchmakers, apparently.

Writing in Nature Communications, a team led by researchers at San Diego Zoo explained that attraction plays a big part in whether pandas mate.

Incorporating mate choice into conservation breeding programs could make a huge difference for the success of many endangered species breeding programs, increasing cost-effectiveness and overall success.

Their study involved giving more than 40 pandas in China a choice between mates. The researchers put the pandas into large enclosures where they would have two potential partners to choose from, rather than their mate being chosen for them.

The results were clear: all they need is a bit of chemistry. When there was a spark between a male and a female, there was an 80% chance they’d produce a cub. When one found the other attractive, the chance of them reproducing was still 50%. But if they just didn’t click – which often happens when we choose mates for the pandas – there was a 0% chance of a cub.

How did they know if the pandas were attracted to each other? They monitored the pandas’ behaviour, noting vocalisations called “chirps” and “bleats” and their scent marking behaviour. Female pandas showed their genitals to the males they found attractive, and walked backwards towards them, with their tails in the air. Males did a handstand against a vertical surface and urinated.

… we believe that behaviour and mate choice has a role to play for improving the success rate of breeding among genetically suitable partners.

In captive breeding programmes, experts select mates for pandas to encourage genetic diversity. But it seems that’s not what’s needed; they just have to fancy each other. So maybe we need to stop messing with their relationships and let the pandas decide who they want to mate with.