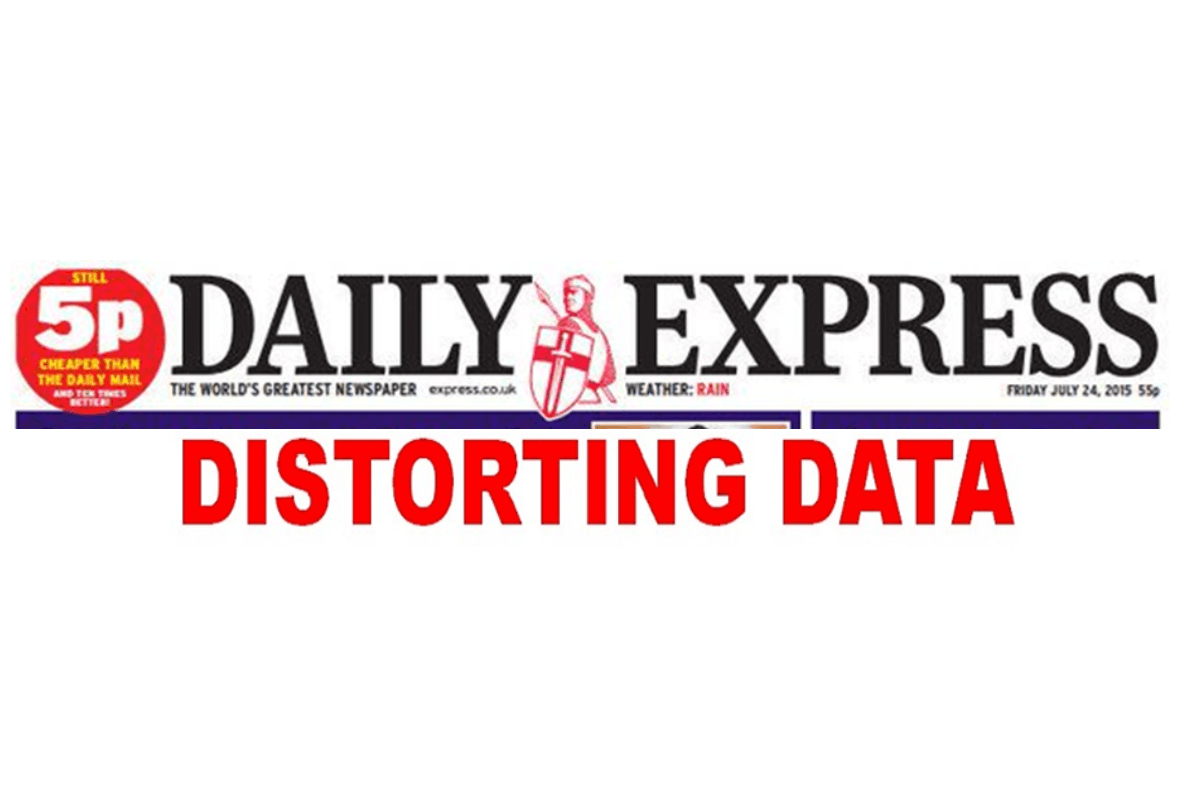 The Daily Express has been forced to print a retraction after a complaint to the Independent Press Standards Organisation (IPSO) found they had “distorted data” about a front page article which claimed “English is starting to die out in schools”.

The article, written in July 2015, stated that some lessons were not taught in English, and in some schools “English was hardly heard at all”. The paper further asserted that “English-speaking pupils” had become “a minority in hundreds of classrooms”. The blame, predictably, was placed on “a decade-long open door policy on immigration”. 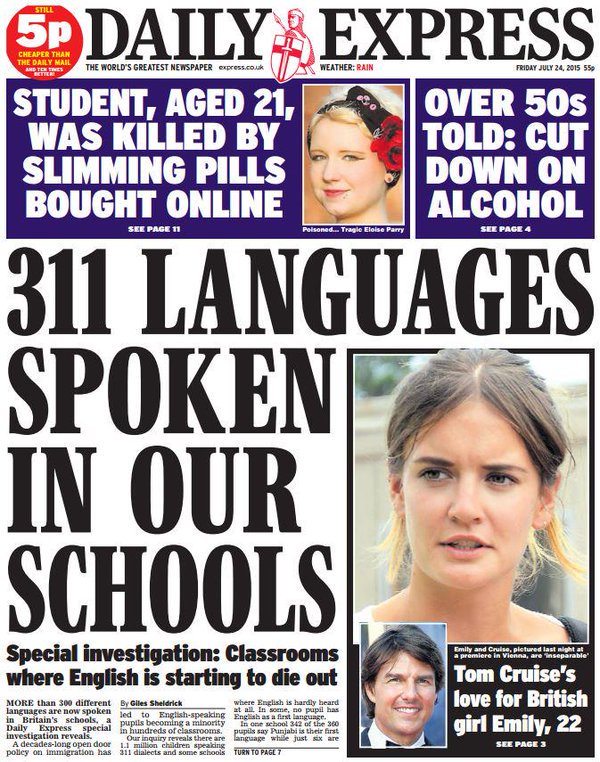 However, IPSO has found that the Express breached Clause 1 (Accuracy) of the Editor’s Code of Practice. According to their adjudication, the claims were “completely unsupported by the data the newspaper had cited”. They further said:

This was a particularly concerning case because the inaccuracies had been repeated throughout the entire article, including prominently in the front-page sub-headline, and because they were central to the report, on a matter of significant importance.

Furthermore, IPSO was critical of the proposals from the Express to publish their apology in their “amplifications and corrections” column on their letters page as it was an “infrequent section” and

Given its position in the newspaper, the letters page was not an otherwise sufficiently prominent location for the proposed correction, since the article had appeared prominently on the front page.

However, whilst the statement is referred to on the front page, it is hidden away, and easily missed.

And whilst the adjudication is printed in full on page 2, not once does the paper actually apologise for blatantly lying to their readers and fanning the flames of hatred towards immigrants. More importantly, there is no apology to the affected communities, who are already facing massive increases in hate crime, and who are likely to face increased discrimination and racism every time one of these types of articles is published.

This isn’t the first time in recent weeks that the tabloid press have been forced to backtrack from ludicrous scare stories relating to immigration and Islamophobia. Last month, The Sun’s “shock poll” claiming “1 in 5 Brit Muslims’ sympathy for jihadis” was exposed as a lie, triggering over 2000 complaints to IPSO. Again, there was no hint of an apology, or any attempt to compensate for the very real damage done to the Muslim community. In fact, the ‘clarification’ didn’t even appear in The Sun – it was hidden away in a small box in The Times, which had run a similar headline.

Printing retractions, adjudications or clarifications is not enough – the damage has already been done. Even an actual apology wouldn’t be enough if it was hidden away and made as small as possible.

Millions of people read these papers and, perhaps even more significantly, many millions more see their eye-catching headlines whenever they walk into shops. Every time a paper is forced to admit they’ve lied, they should be forced to print the retraction the same size, and in the same style, as the original story. Perhaps then people will start to realise how much they are being manipulated, and there might be a chance of getting some truth and transparency into the mainstream media.