Putting a man in space costs millions; here's why it's worth it - Canary Workers’ Co-op 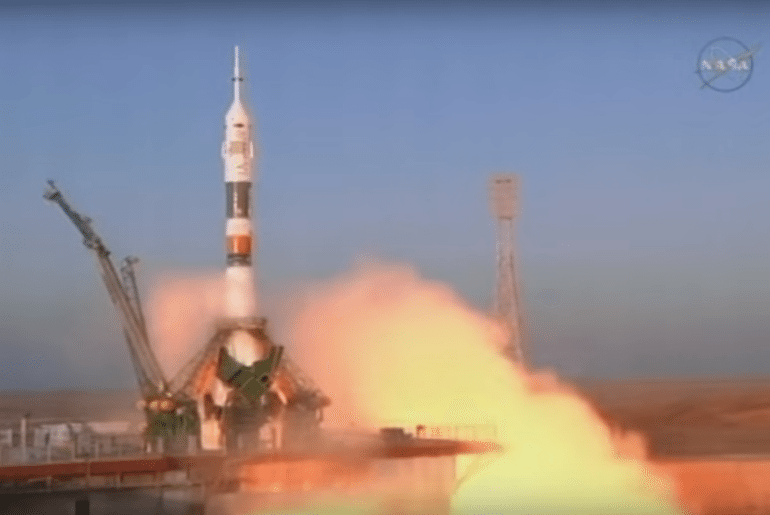 British astronaut Timothy Peake has blasted off to the International Space Station (ISS), inspiring the next generation of British space explorers.

He took off at 11:03am GMT on Tuesday on an 8-minute flight into space. He’s expected to dock with the ISS at around 5pm GMT, after orbiting the earth four times.

For a decade, the UK has focused on robotics and satellites, rather than space exploration. Tim’s mission – called Principia, after Sir Isaac Newton’s most famous publication – is set to give a much-needed boost to the industry.

Aerospace subsidy, aerospace research and, of course, inspiration… can be quantified economically and it’s well known that that sort of investment is a tremendous economic investment, not least, as you say, because of inspiration, but also the technologies that you develop in aerospace investment.

We’ve got space exploration to thank for a lot of the technologies we take for granted today, from memory foam to mobile phone cameras, scratch-resistant lenses and MRI scanning.

But perhaps more importantly, it also encourages young people to pursue careers in science and technology – something that’s vital to the UK’s society, and economy. Prof. Cox continued:

Some of the spin-off from Apollo was that the vast generation – including myself, actually, and many of the scientists you speak to – were inspired by that idea that humans push the boundaries and explore and look and aim to travel beyond the horizon.

Although it may seem expensive on the surface, the ISS has cost an estimated €100 bn over the last 30 years, split between the participating countries. Europe’s share, according to the European Space Agency, amounts to about €1 spent by every European person per year.

Not only that, but it’s proven to bring a great return on investment. The Apollo mission, which represented the biggest amount of money spent on space exploration by a single country, saw a ten-to-one return in a decade.

Blasting off for Britain

Commander Tim Peake is the European Space Agency’s first British astronaut. He follows Dr. Helen Sharman, whose 1991 mission made her the first Brit in space and the first woman to visit the Mir space station.

His journey to the ISS has been a lot longer than just the flight; he applied for the mission in 2008 and has since been through years of rigorous selection and training – including learning fluent Russian. He explained his motivation:

I applied to become an astronaut with the European Space Agency because I believe humankind faces some enormous challenges this century, and space exploration is going to be fundamental in overcoming many of those challenges.

Peake will be working on scientific experiments for about 40 hours a week during his six months on the ISS. It’s the only environment where ongoing research can be done in zero gravity.

One such experiment will be to heat metals to 2,000C to see how they solidify without gravity introducing molecular faults. Peake and the team will also be working with lichen and other living organisms on the outside of the ISS to understand if – and how – life can survive in space. And they’ll be testing out technology, like robots on the planet below being controlled remotely from the ISS.

Since the astronauts on the ISS see 16 sunrises and sunsets a day, it’s a great place to learn about the human body. Peake will be monitored, biopsied and tested extensively during the mission and when he returns to examine his circadian rhythm and immune system, to find out what causes headaches in space, and to understand the process of muscle wastage.

He’s planning his own experiment too: Peake wants to be the first person to run a marathon in space. While the London Marathon is going on down here in April, he’ll be clocking up miles on a treadmill on the ISS.

Last tweet before launch – GO for flight! Thanks for all the good luck messages – phenomenal support! #Principia pic.twitter.com/8jbxejHEEe

Peake’s flight is the start of an exciting journey – not only for him, but for British space exploration. We should be celebrating the achievement and looking forward to the benefits it’ll bring us in the coming years.